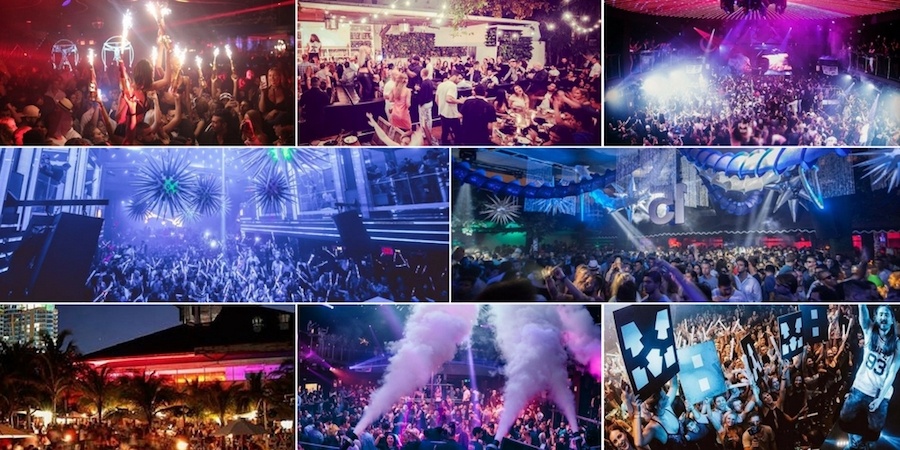 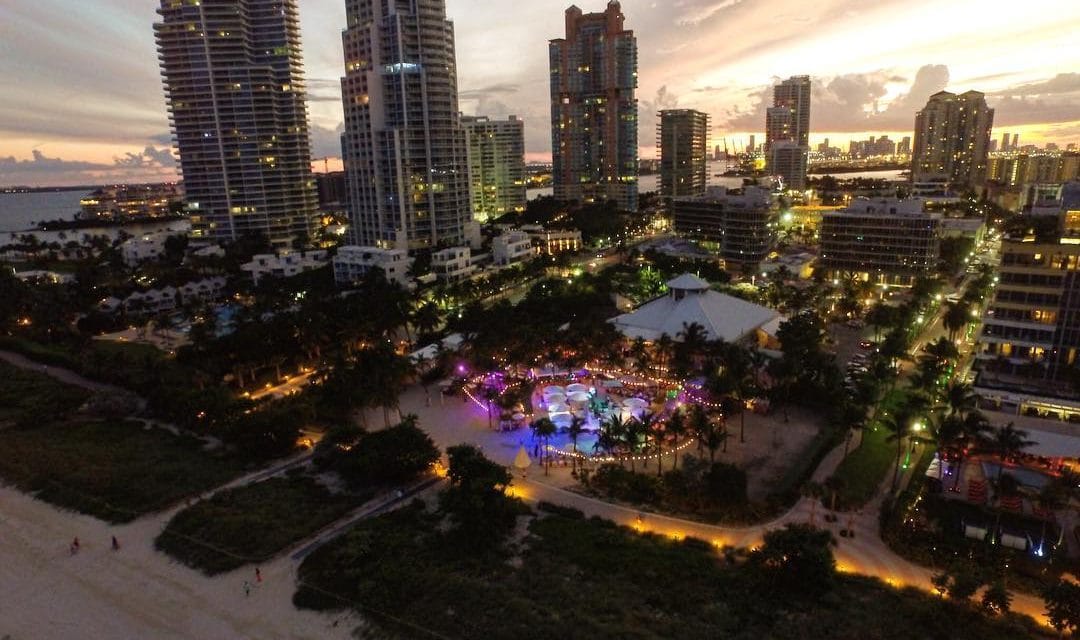 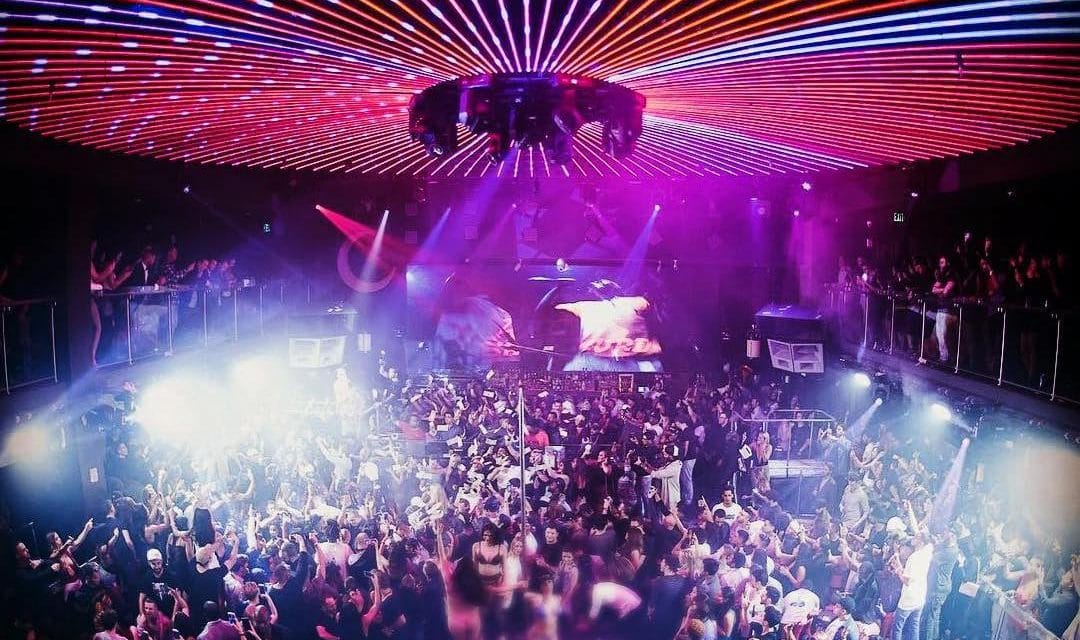 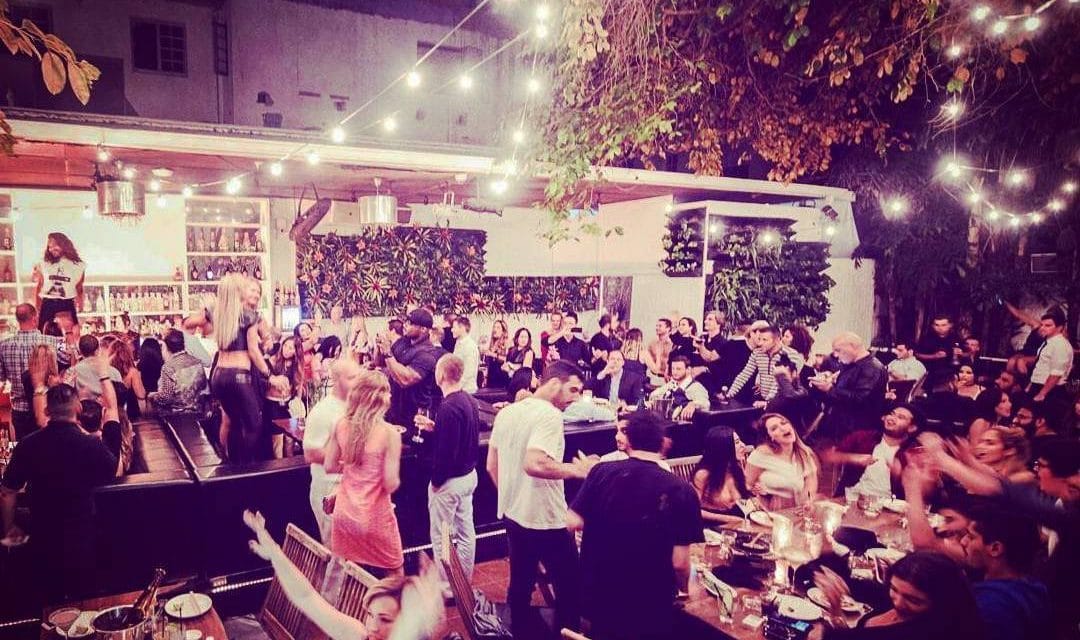 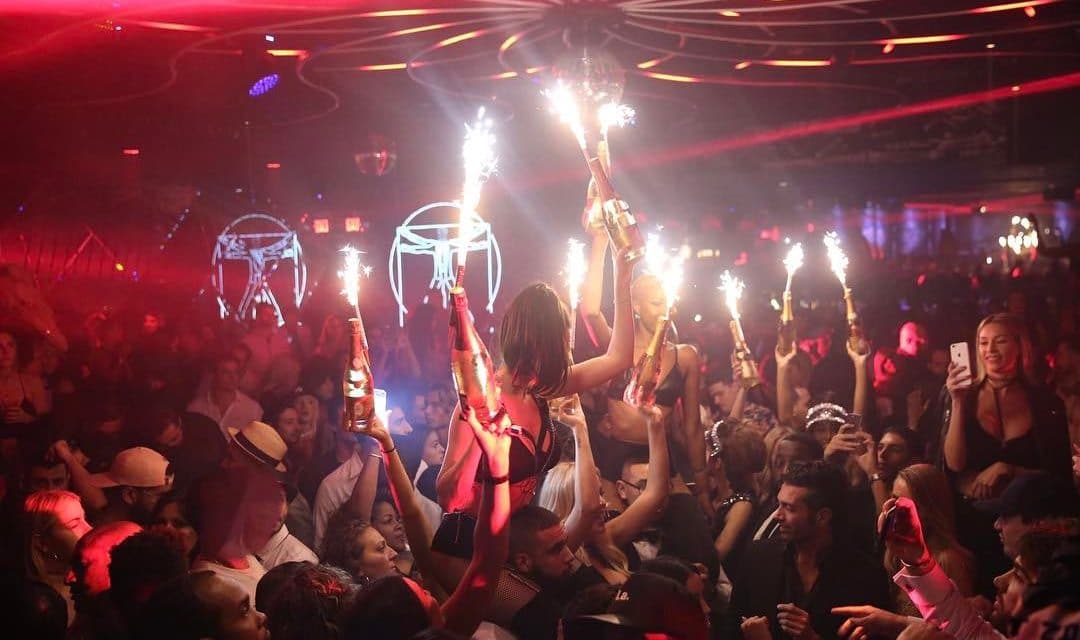 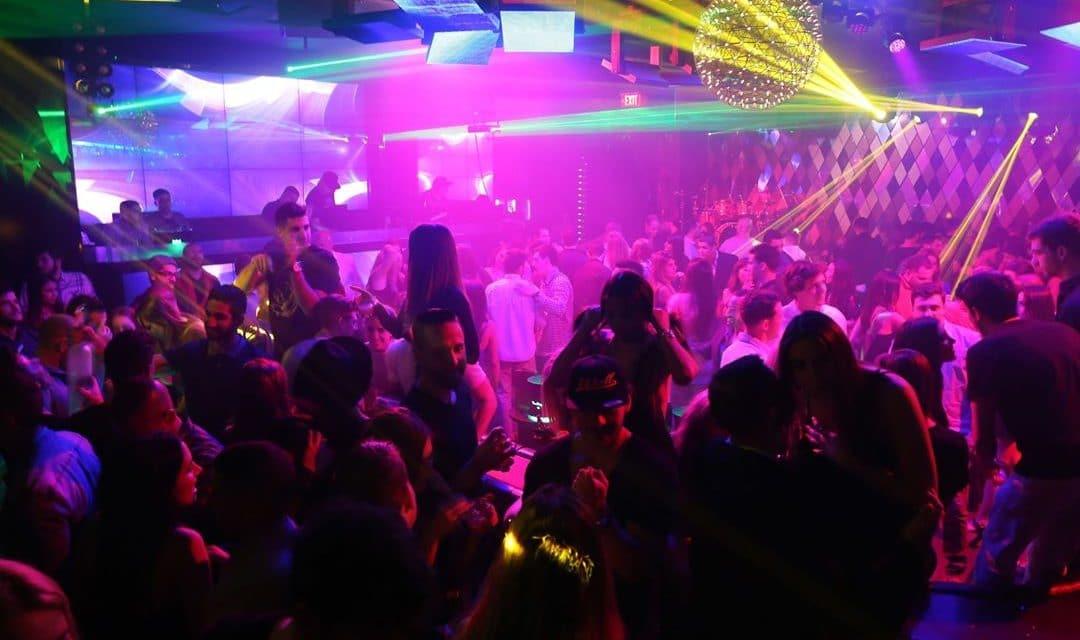 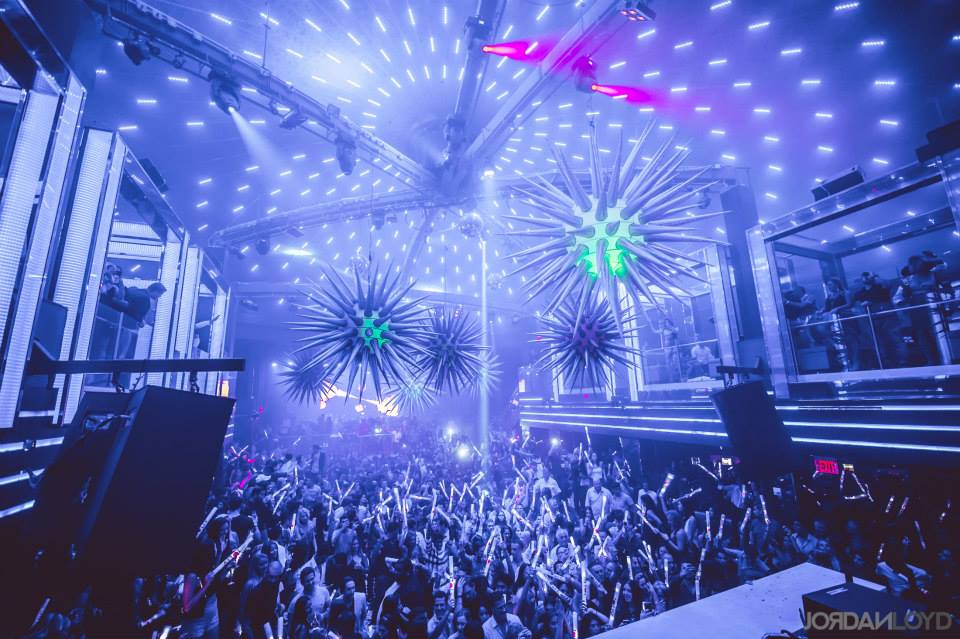 Check out the hottest and best dance clubs in Miami. The electronic music scene, nightlife and DJ culture in Miami have come a long way. Attracting some of the world’s best DJs, hosting Ultra Music Festival, and the city’s dance clubs are consistently among the top-grossing in the nation. From South Beach to Downtown, Miami offers a plethora of venues in almost any type of scene one may desire.

E11even Miami is a one-of-a-kind Ultraclub with a rooftop lounge and restaurant. Miami’s only 24/7 Ultraclub in the heart of downtown, featuring aerial performers and state-of-the-art lighting and sound. This high energy social playground plays host to an ever-growing roster of the entertainment industry’s biggest names.

When to go?
Open 24/7 every night of the week where many late nights turn into early mornings.

LIV has redefined nightlife on Miami Beach. Nestled inside the lobby of the historic Fontainebleau hotel. With over 18,000 square feet of striking architectural design and lavish decor, LIV sets the stage for the ultimate nightlife experience.

When to go?
Saturday – If you manage to get into this two-story architectural wonder of a mega-club, you’re cooler than cool.

A pillar of downtown Miami’s nightlife scene, Space Miami has a huge dance space and a spectacular light show that keeps many of its guests perpetually mesmerized. An open-air patio at the rear of the club is the perfect place to catch a little fresh air, escape from the music. Club Space is more than 15 years old, and Miami is lucky to have it.

When to go?
Saturday – Only open on Saturday night where you can dance until Sunday morning and enjoy the rooftop sunrise view.

Seminole Hard Rock Hotel & Casino Hollywood is South Florida’s iconic entertainment destination that fuses an electrifying nightlife scene and non-stop gaming action in a singular setting. There are endless entertainment opportunities, including the new 7,000-person capacity Hard Rock Live, hosting state-of-the art technical capabilities to support A-list celebrity performances as well as award shows, sporting events and nationally televised programs. Party at any of the 20 bars and lounges or DAER Nightclub/Dayclub, where guests can expect the hottest names to make an appearance.

Mr. Jones nightclub is a classy and luxurious venue located in Miami Beach. The high end interior and the exclusive atmosphere attracts the most VIP crowd that has a good taste for night life. Big name DJs regularly grace the venue along with the talented local selection. Known for its homage to house and hip-hop music, Mr. Jones is the newest “it” spot to see and be seen in Miami Beach.

When to go?
Weekends are the best. Mr. Jones is open on Tuesdays, Fridays, Saturdays and Sundays.

When to go?
Friday and Saturday nights are the best.

Kiki on The River

Embracing the hospitality and spirit of the Greek islands, Kiki on The River is heralded for it meticulously-scuffed elegance that only a windswept waterfront garden can provide.

When to go?
On weekends kicking off Friday nights, Mykonos comes to Miami with live DJ and a party atmosphere featuring a festive soundtrack, twirling napkins, and dancing that will make you say “opa!”

Owned and operated by the same people who bring you LIV, this Collins Avenue megaclub is the bottle-service alternative. It features a much larger dance floor than LIV, but it has the same dedication to style and exclusivity with an extravagant circus-style setting where nothing’s shocking.

When to go?
Friday – This is the place to kick off the weekend which brings in the world’s best DJs.

Treehouse Miami brings all good vibes with the best roster of electronic dance music in Miami. We are super low key with a casual atmosphere. Treehouse Miami is located in the heart of Miami Beach on 23rd Street. Featuring some of the best djs from around the world from labels such as Stereo, Vertex, Anjunabeats, Anjunadeep, Future Sound of Egypt, Incorrect, Deep State & more.

When to go?
Treehouse Miami is open Wednesday through Sunday. Fridays and Saturdays are the best.

Wall Lounge is an intimate, high-energy nightclub at the W South Beach hotel with ample VIP tables, a dance floor, and two bars. Walls glitter with gilded, diamond-patterned mirrors and a disco ball hangs above the center of the room.

When to go?
Expect open format DJ sets most evenings unless a headlining DJ is on the decks. Tuesday nights host the long-running Brazilian-themed Favela Beach party.

Do Not Sit On The Furniture

This spot on the beach is expertly decorated, lined from ceiling to floor with gold-painted cassette tapes and a dance floor topped with a glowing flying saucer for a light fixture. It’s small, it’s dark, and it’s got that true underground magic, a place that puts music first, and welcomes all willing to dance.

This hideaway in the Edition Hotel is a multi-room pleasure emporium of sensory overload. where its disco era-inspired decadence fits right in. The basement features a rainbow-colored bowling alley, a skating rink, and a nightclub that are all interconnected.

When to go?
Wednesday’s Jelly with DZA, Friday’s Discobox, and more.

Nikki Beach Miami is the hidden jewel of South Beach, featuring an outdoor beach club, restaurant, and a sexy South Beach nightclub favorite. Called the “Sexiest Place on Earth”, Nikki Beach Miami has established itself as the landmark nightclub and always lives up to its reputation as a South Beach Miami party playground for jet setters, celebrities, VIPs, guests and visitors alike.

When to go?
Amazing Sundays

Modeled after the renowned Bâoli in Cannes, France, Bâoli Miami brings a European touch to the Miami Beach nightclub and restaurant scene. Enjoy unique Mediterranean and Asian flavors and when night falls, the inviting restaurant revamps into a playground for the nocturnal.

When to go?
Wednesday – My Boyfriend is Out of Town Party at Bâoli Miami where the beautiful people mix and mingle in the heart of South Beach.

Where is it?
Bâoli Miami / 1906 Collins Avenue, South Beach

Techno and house music are all well and good, but sometimes you need a bit more flavor. El Patio the Best Latin Club in Miami can help. Co-owner Nicolas Hoyos imported furniture from his Colombian homeland to perfect the outdoor venue’s homespun vibe. DJ Mr. Pauer keeps the party going with a perfect playlist of reggaeton and Latin tunes, and the excellent happy hour and Tuesday ladies’ night make this one of Miami’s best party spots.

Its recurring events, such as Relic and Ethics, always bring in heavy-hitters from the international DJ scene. 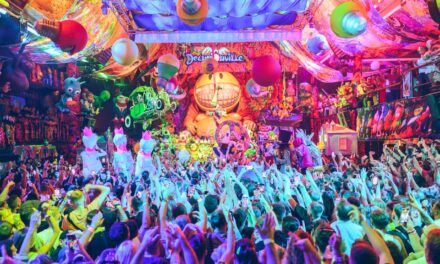 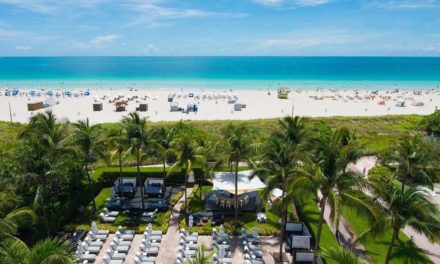 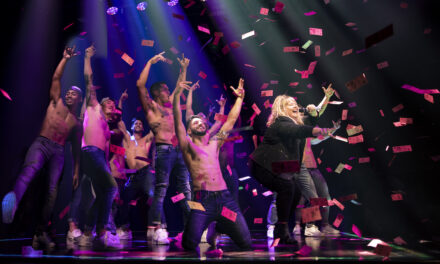 Where to Party During Miami Art Week