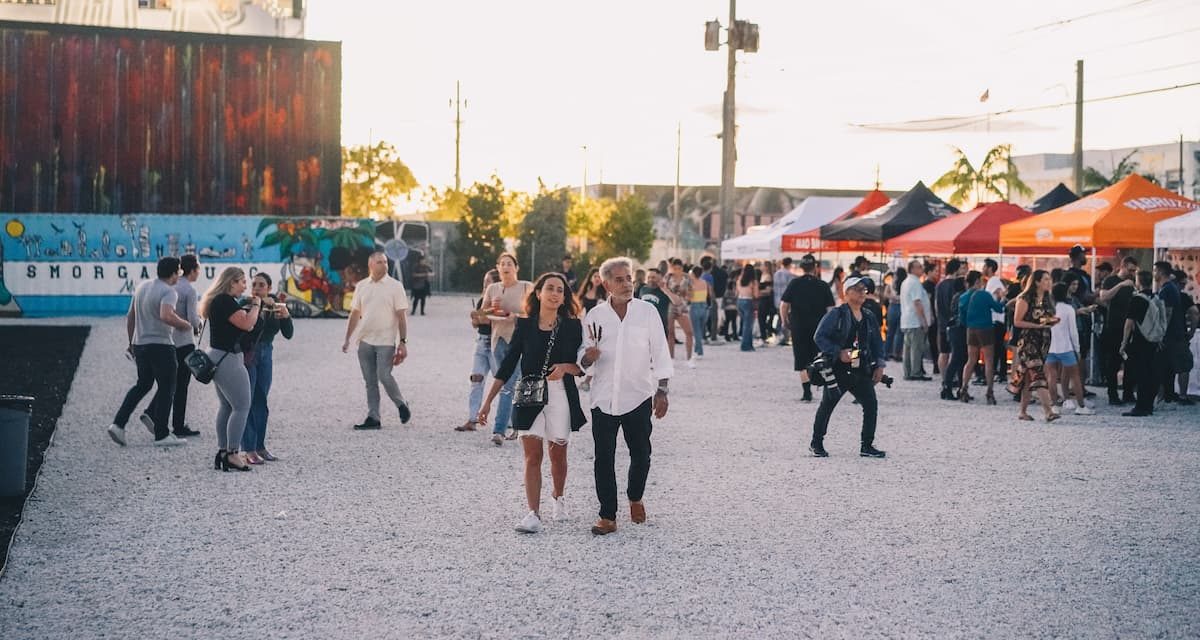 Smorgasburg, the largest open-air food market in America with locations in New York and Los Angeles, will launch in Miami in the heart of Wynwood at 2600 NW Second Avenue on Saturday, March 12, 2022. Gaston Becherano Cohen, who first was exposed to the concept via his stint as a vendor at the original Smorgasburg in Williamsburg, Brooklyn selling kakigori – hand-cranked Japanese ice cream – will open the weekend-only market with a slate of 63 vendors. There will be 55 food and drink purveyors as well as 8 retailers offering artisan products.

The market will be open every Saturday from 11AM to 6PM.  Labeled the “Woodstock of Eating” when its first iteration in Williamsburg, Brooklyn opened in 2011, Smorgasburg Miami will open with a culinarily diverse and creative lineup of vendors hailing primarily from South Florida, with a few standout participants from New York and LA hoping to replicate their success in the 305. There are options for everyone regardless of dietary restrictions and level of adventurous spirit. There is a large coterie of vegan-friendly options such as Coney Burger, Isabel’s Miami, The Succulent, Rutina Verde Foods, and Lucky You! Burger; some unique vendors serving up interesting dishes like NYC’s So Sarap (Filipino Street Food) and Duck Season (offering up creative duck dishes); and a great selection of amazing desserts from Krispieverse, Santo Dulce! Churros & Ice Cream, POP’T by Lily, AJ’s Sinnabuns, Sweet Lich’s, Bona Bona Ice Cream from New York, and artisan donuts from Pink Love Donuts. Chefs from some of Miami’s most beloved restaurants flex their creative and culinary muscles with concepts including Dale Street Food (chef from Chug’s), Yakitori Boyz (KYU alum) and many more. See here for the full list of participating vendors.

Smorgasburg Miami occupies prime real estate in the epicenter of Wynwood — a 50,000 square foot park-like space adjacent to the Wynwood Walls. Visitors can enter either NW Second Avenue or 26th Street: Vendors are positioned around the perimeter of the space with central seating comprised of different colored picnic tables. The bar area has its own seating and is located at the southwest corner of the market.

According to Becherano, whose success with Smorgasburg Williamsburg led him to a brick-and-mortar restaurant in NYC, “Moving back to Miami when Bonsai closed during the pandemic, I was immediately struck with how vibrant and diverse the culinary scene had become. I began to dream about a market that was by Miami, for Miami. I am so excited to see this vision finally coming to life with such a talented array of vendors.”

A word play on the Swedish “smorgasbord” concept and the location for the market’s debut in Williamsburg when it opened in 2011 the market instantly became a popular destination for New Yorkers regularly drawing upwards of 10,000 visitors in a weekend. It became known as a great place to discover new and unusual foods while hanging out with like-minded friends in search of a great afternoon of eating, and drinking. At the same time, the market serves as an affordable starting point for food vendors wanting to test out their concepts for a large audience without the overhead and risk of brick-and-mortar restaurants.

Dying for the rainbow-colored empanadas from Nadas or one of Ted’s Burgers but unable to make it to Wynwood? Smorgasburg Miami has partnered with DoorDash, which will be the exclusive delivery service for the market.