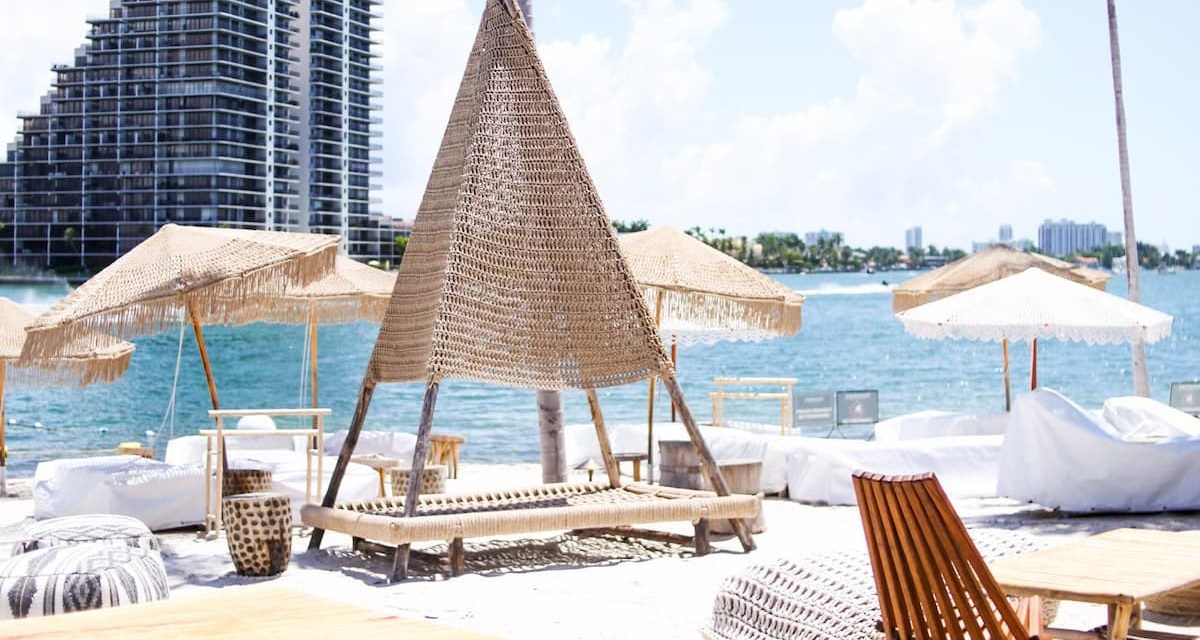 Joia Beach Restaurant & Beach Club is delighted to announce that Gustavo and Maximiliano Vertone will now serve as its executive chef and executive sous chef, respectively. The acclaimed Argentinian brothers will be responsible for using their extensive hospitality experience and creativity to make culinary art and enhance the Joia Beach guest experience by creating an exciting and impressive new menu.
A highly coveted hotspot, Joia Beach is a vibrant day-to-night dining destination located near downtown Miami in a hidden enclave on Watson Island, offering the ultimate venue for both leisure and indulgence. As the newly appointed Executive Chef, Gustavo Vertone will lead the culinary team and drive the kitchen’s day-to-day operations and menu creations.
Already putting his signature touch on the Joia Beach lunch and dinner menu, Chef Gustavo’s recent additions include Mushroom Risotto with Acquerello Organic Rice, Shiitake, Shimeji, Crimini, Porcini, Oyster Mushrooms, and Shaved Black Burgundy Truffles; Crispy Lobster Tails with Spicy Aioli, Truffle Pide, and Lemon; Charcoaled Rack of Lamb served with Farro; Wood Fired Wagyu Beef Tomahawk with 32-ounce tomahawk, shishito peppers, and roasted peppers; and Weekly Specials such as Whole Salt-Crusted Branzino, which is flambéd table side.
Born and raised in Argentina, Gustavo Vertone was the child of ”food enthusiast” parents and whose great grandmother was a cooking instructor. Surrounded by food culture from an early age, it was a natural progression for Vertone to enroll in Argentina’s largest cooking school, the Gato Dumas Institute in Buenos Aires, founded by and named after one of its most acclaimed chefs.
Vertone is no stranger to high-end cuisine or to the city of Miami. Upon graduating in 2000, Vertone was given the opportunity to move to the Magic City first working as the chef de partie at Nobu, and later as part of the opening team for Scarpetta at The Fontainebleau Hotel. He then had the opportunity to work at Baoli Cannes in the South of France and in 2009 used his experience with Asian, Latin and European influences to launch Baoli Miami as its first Executive Chef. In this role, he created the menu, designed dishes and trained new staff. From there, Vertone grew with Mr Hospitality Miami Management Group going on to lead the culinary vision for the opening of Marion and El Tucan in 2016. Vertone is known for using fresh seasonal ingredients and new and exciting flavors to create unique dining experiences for celebrities such as Leonardo DiCaprio and Will Smith.
Alongside Executive Chef Gustavo Vertone will be his brother Maximiliano Vertone serving as Joia Beach’s executive sous chef. With more than 20 years of culinary experience, Vertone is well-versed in many different types of cuisine including Nikkei (Japanese-Peruvian fusion), Mediterranean and Latin. Vertone has built his career in the hospitality industry over the last two decades by following his passion for food, people and the best way to bring the two together in an ideal environment. Starting as a sous chef at Sushi Samba for three years and then working as Chef de Cuisine at Nobu Miami, Vertone later joined the Mr Hospitality group where he served as the executive chef for Baoli Miami, Marion Miami, and El Tucan, developing innovative menus and leading a team of 30 cooks. As the new executive sous chef of Joia Beach Restaurant and Beach Club, Vertone will use his expertise in different culinary fusions to enhance the beachfront venue’s lunch and dinner menus using inspiration and techniques from Asian, Mediterranean, and South American regions.
Joia Beach is open for lunch and dinner from 12:00 p.m. to 11 p.m. on Friday, Saturday & Sunday; from 4 p.m. to 11 p.m. Wednesday-Friday for dinner; and is closed on Monday and Tuesday. Walk-ins are subject to availability to the beach lounge’s. Located at Jungle Island, 1111 Parrot Jungle Trail, Miami, FL 33132. For reservations, call 305-400-7280 or visit www.joiabeachmiami.com. Follow @JoiaBeach on Instagram for all updates.

Joia Beach Restaurant & Beach Club is a vibrant day-to-night oasis located near downtown Miami in a hidden enclave on Watson Island. Serving as both a restaurant and a beach club, Joia Beach is the only private beachfront location in Miami where guests can dine with their toes in the sand and offers a European-inspired menu with freshly-sourced seasonal ingredients. Joia Beach’s menu is where classic techniques meet modern Miami influences. On the weekends, Joia Beach offers a laid-back lounge experience during the day and after sunset it transforms into a European-inspired open-air lounge. Joia Beach is open for lunch and dinner from 12:00 a.m. to 11 p.m. on Friday, Saturday & Sunday; from 4 p.m. to 11 p.m. on Wednesday and Thursday for dinner; and is closed on Monday and Tuesday. The restaurant seats by reservation only. Located at Jungle Island, 1111 Parrot Jungle Trail, Miami, FL 33132. For reservations, call 305-400-7280 or visit www.joiabeachmiami.com. Follow @JoiaBeach on Instagram and @JoiaBeachMiami on Facebook.