Can You Live in Miami Without a Car? 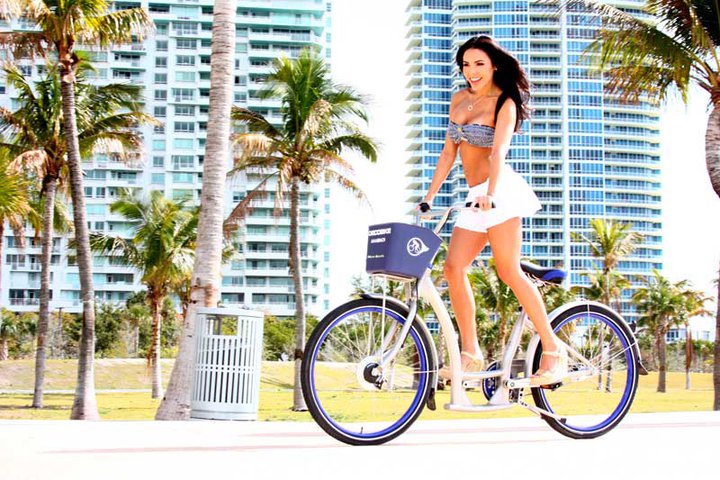 Although we love our cars and cherish our mobility, we don’t love sitting in traffic and shelling out hard-earned money for gas. Maybe it’s time to consider doing the unthinkable and ditching the automobile. But can you live without a car?

Miami makes it easy to live without a car. With the largest mass transit system in the state of Florida, Miami’s Metrorail, Downtown Metromover, Paratransit and Metrobus systems come together to make Miami a city impressively navigable by public transportation.

In the past ten years Miami has gone through a significant transformation, the recent building boom resulted in large concentrations of residential units in Miami. Many urban neighborhoods have become pleasant pedestrian centers interconnected by Metrorail, Metromover, Metrobus and Trolleys.

Metrorail, the backbone of Miami’s mass transit system was built in the early 1980’s and originally included 20 miles of track and 20 stations. More recently more stations were added and the Miami Intermodal Center (MIC) — a $2 billion hub for air, rail, transit, and car travel — will be completed sometime this year. The MIC will connect all modes of transportation including MIA Peoplemover, Metrorail, Tri-rail, Amtrak, Greyhound, tour buses; taxi cabs and car rental.

There is also a network of bicycle paths leading to many of these stations. In addition there are bus, shuttle and trolley services connecting many neighborhoods to their respective transit stations.

You need to familiarize yourself with the public transportation options in Miami. One way to do that is via the web, Google transit, and of course, experience.

Miami also has Bike-sharing stations. DecoBike’s blue-and-green bike share stations are now familiar fixtures in Miami Beach, downtown Miami can expect the see stations popping up on its streets in 2014. The privately-funded bicycle sharing program DecoBike plans to launch in Miami sometime in the second quarter of the year, with about 70 new stations and 700 new bikes.

The expansion will almost double DecoBike’s current Miami Beach fleet of 100 stations and about 1,000 bikes.

In the event you need a car, just take a cab or go to a Car2Go auto share station featuring the city-backed service’s distinctive, blue-and-white Smart cars.

Giving up your car in Miami is one of the simplest and best solutions for the environment, our health and our economy.