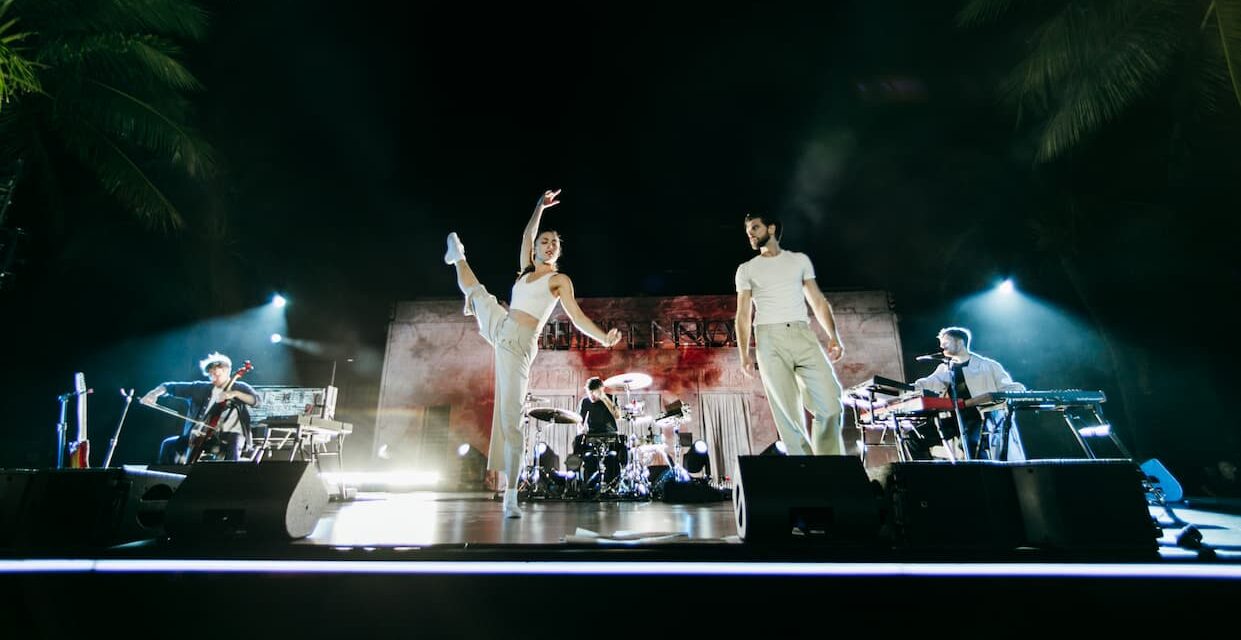 This year, The Macallan officially partnered with Art Basel to celebrate the launch of The Macallan M Collection, a range of limited release single malt whiskies, including the 2022 editions of the previously released M and M Black and the brand-new M Copper, which celebrates the brand’s acclaimed Six Pillars. The Six Pillars are the foundation stones that account for The Macallan’s distinctive and exceptional whiskies and comprise Natural Color, Mastery, Curiously Small Spirit Stills, The Estate, Exceptional Oak Casks and Sherry Seasoning.

Art Basel is a cultural icon, bringing together artistry by masters of modern and contemporary art, as well as new generations of emerging stars, for a global audience in Miami, an art epicenter. Art Basel is rooted in the unique attributes of each art piece being displayed, making it the perfect backdrop to celebrate the unique attributes of The Macallan M Collection.

To commemorate the launch of The M Collection in the US, on December 2nd The Macallan hosted an immersive private celebration of artistry, craftsmanship and creativity at The Bass Museum of Art that transported guests from Miami to The Macallan Spiritual Home in Speyside, Scotland through interactive and innovative technology.

On the lawn of The Bass, the Double Spey cast copper light installation was unveiled to notable guests such as Rhuigi Villaseñor, Brendan Fallis and Hannah Bronfman. Paying homage to the River Spey where The Macallan was born, the installation evokes the purity of liquid, the copper color of the stills. Consumers visiting The Bass during Art Basel have an opportunity to explore the Double Spey Cast copper light installation from Saturday, December 3rd to Sunday, December 4th.

Jaume Ferras, Global Creative Director for The Macallan, said: “I am incredibly proud to celebrate the launch of The M Collection with our partners at Art Basel and The Bass Museum of Art. As a brand with a longstanding history of uncompromised excellence and supporting the arts, we wanted to create a unique experience that showcased the distinctive attributes of each expression and emphasized the craftsmanship behind The M Collection – a prism into the world of The Macallan.”

To close out the evening celebration, British multifaceted artist James Blake performed live against the backdrop of The Bass featuring AI projection mapping telling the rich history of The Macallan and The M Collection. As part of this musical performance, dancers from New York City Ballet, one of the many arts institutions supported by The Macallan, surprised guests with a special duet performed to “Before,” telling the story of the lyrics matching with the choreographic style designed to match the unique instrumentation of the song. 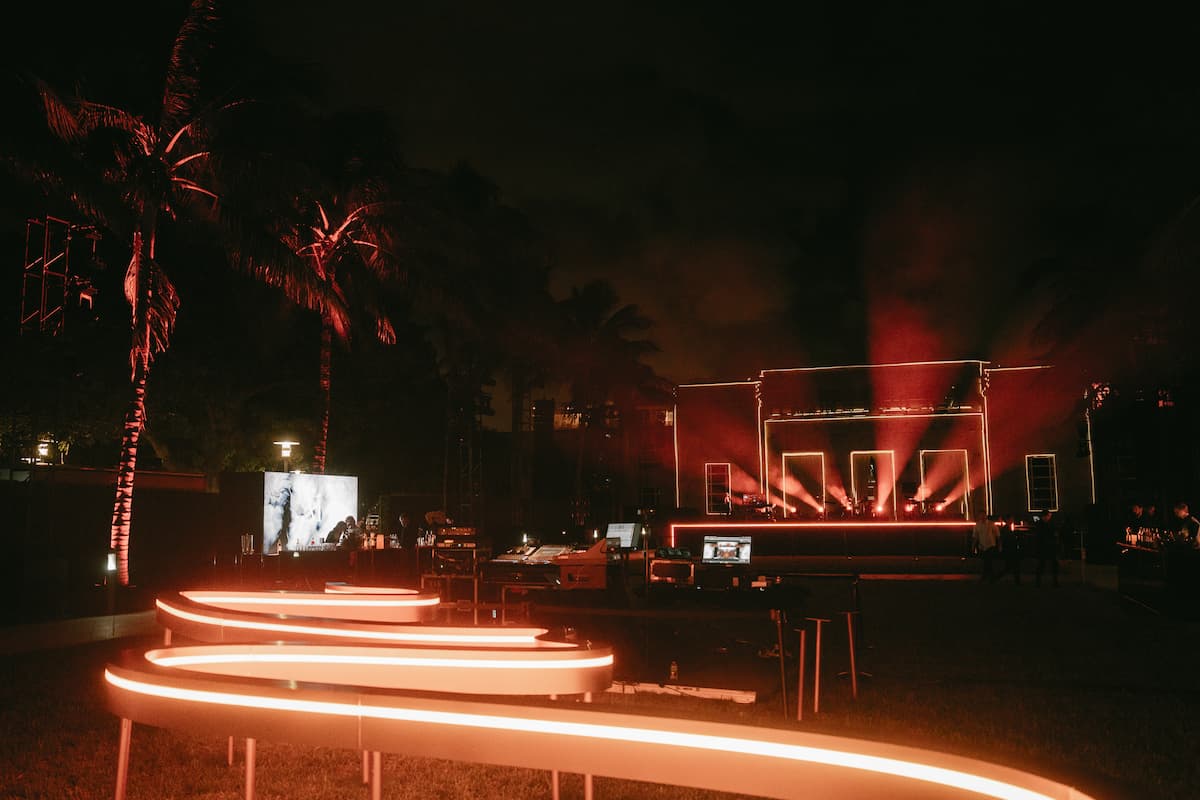 To further showcase the brand’s commitment to nature and the arts, The Macallan also commissioned art prize recipient Jorge Méndez Blake to create an installation inspired by his interpretation of The Macallan’s intrinsic connectedness to nature. Nature breathes life into The Macallan and is a constant source of inspiration during each step of the whisky making process; this work represents a commitment to honor and respect nature every step of the way.

Jorge created a work influenced by Mexican poet Jose Juan Tablada’s two books on haikus. By dismantling the words of these poems, containing 99 haikus, Jorge created a visual composition utilizing every single word and punctuation symbol, without adding or omitting any. The general theme of the haikus refers to nature, animals and plants, with contextual references to Miami Beach where the work will live. The installation will live in perpetuity at The Bass for viewers to explore and create their own personal stories by finding connections among the words.

A series of unique spirits in The Macallan portfolio, The Macallan M Collection is not defined by its maturity, but by its taste and quality, making each expression completely unique. The world of The Macallan M Collection has been created through collaboration with leading figures in contemporary design and fashion. The vessel and packaging have been commissioned as exclusive collectable pieces designed by renowned creative director, Fabien Baron and French crystal maker Lalique. To enjoy a first-hand tasting experience of The Macallan M Collection, consumers can visit the following top Miami establishments: Fontainebleau, Mila and The W Hotel South Beach.

Founded in 1824, The Macallan is renowned worldwide for its extraordinary single malt whiskies. Their outstanding quality and distinctive character reveal the uncompromised excellence pursued by The Macallan since it was established by Alexander Reid, on a plateau above the River Spey in north-east Scotland.

In 2018, The Macallan opened a new chapter in its history with the launch of its award-winning Speyside distillery. Designed by internationally acclaimed architects to promote sustainability, the building takes inspiration from the surrounding ancient Scottish hills. It stands nearby Easter Elchies House, the Highland Manor built in 1700 which is The Macallan’s spiritual home and remains the heartbeat of The Macallan’s beautiful 485-acre Estate.

Founded in 1964 by the City of Miami Beach, the museum was established after the donation of a private collection of Johanna Bass and opened in what was formerly the Miami Beach Public Library and Art Center, a 1930s Art Deco building designed by Russell Pancoast. It is currently housed in this historic building, which later added an Arata Isozaki/David Gauld expansion. The exhibition program encompasses a wide range of media and artistic points of view, bringing fresh perspectives to the diverse cultural context of Miami Beach. The Bass is a nonprofit, tax-exempt organization accredited by the American Alliance of Museums.

The GRAMMY® Award-winning UK singer, songwriter, multi-instrumentalist, and producer unassumingly operates as the enigmatic engine behind some of the most influential albums of the 21st century. He produced choice cuts on Frank Ocean’s Blonde and Kendrick Lamar’s DAMN. as well as JAY-Z’s 4:44 and Beyoncé’s Lemonade—to which he also lent his voice in both cases. Feature appearances span “Stop Trying to Be God” with Stevie Wonder and Kid Cudi on Travis Scott’s epic ASTROWORLD and “King’s Dead” with Jay Rock, Kendrick Lamar, and Future from the chart-dominating Black Panther: The Album. The latter not only went triple-platinum, but it also earned Blake his first GRAMMY® Award in the category of “Best Rap Performance.”

Simultaneously, he emerged as pop’s most celebrated outlier with his dynamic solo output. He

score, Pitchfork crowned it one of “Top 100 Albums of the Decade So Far (2010-2014).” On its heels, the 2013 Overgrown illustrated his rare magnetic ability to align the likes of Brian Eno and RZA on the same project. It notably received the 2013 Mercury Prize and secured Blake’s “Best New Artist” nomination at the GRAMMY® Awards. After 2016’s The Colour In Anything, he reached new critical and commercial peaks with Assume Form during 2019. It bowed at #21 on the Billboard Top 200, marking his highest entry to date. Beyond clocking 300 million cumulative streams in under a year, it garnered the GRAMMY® nomination for “Best Alternative Album” and graced “Best of 2019” lists for outlets including Time Magazine, Harper’s Bazaar, Stereogum, Consequence of Sound, Billboard, DJ Booth, and Esquire. Since then, Blake has treated fans to Instagram live performances, new music sneak peaks and two critically acclaimed EPs; Before and Covers. The artist entertained fans through COVID-19, while live music was put on hold. Additionally, he oversees 1-800 Dinosaur, which spans a club night, record label, and radio show.

James released his fifth studio album Friends That Break Your Heart in October 2021, debuting at #4 on the UK charts and receiving mass critical acclaim.