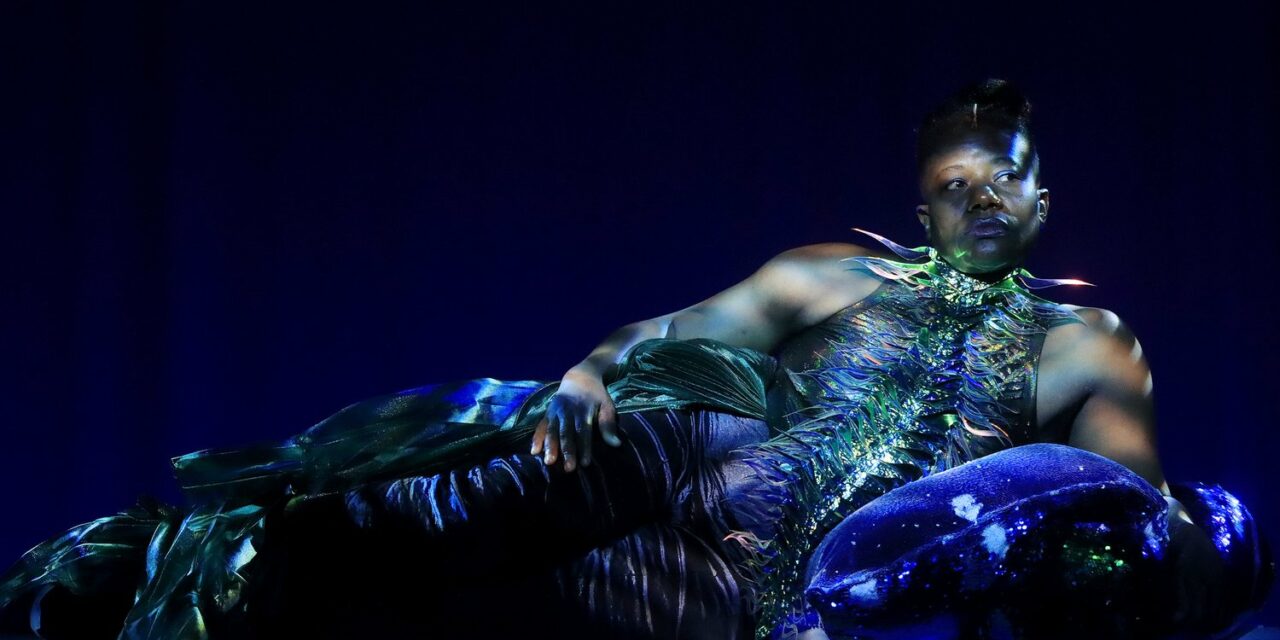 Live Arts Miami and the Adrienne Arsht Center for the Performing Arts of Miami-Dade County present the Southeast premiere of Ocean Filibuster, a new theater work from Obie Award-winning company PearlDamour. Presented as part of Live Arts Miami’s EcoCultura series of “Performances for the Planet,” the work was originally commissioned by American Repertory Theater in collaboration with the Harvard Center for the Environment. Drawing from myth, stand-up comedy and science, Ocean Filibuster plunges us into the most heated debate of our time. The show opens at 8 p.m., Saturday, Nov. 12, with multiple shows running through Sunday, Nov. 20, at the Adrienne Arsht Center in the Carnival Studio Theater. Tickets are $45 per person and can be purchased at www.liveartsmiami.org.

Ocean Filibuster explores the intimate, critical relationship between humans and the ocean. It takes audiences through a innovative music theater experience set in a future Global Senate chamber where “Mr. Majority” introduces the “End of Ocean Bill,” designed to shrink Earth’s oceans into a more manageable collection of inland seas. When the floor is opened for debate, The Ocean arrives in human form to speak in its own defense, and so begins the epic battle. Linking below-the-surface mystery with above-the-surface climate issues, Ocean Filibuster puts audiences in the middle of a human/ocean showdown. The performance by magnetic performer, Jenn Kidwell, who plays both the role of the Ocean and the role of Mr. Majority, balances wit, absurdism with the serious undertones of the script. While grounded in science, the show makes space for dreaming and myth: projections show the ocean not in a pristine Nat-Geo way, but as an evocative, mysterious place.

Kidwell is joined onstage in the show by a locally cast “Ocean Choir” that extends the message of interconnectedness and asks the audience the urgent question: Can humans realize that we are all part of the Ocean, before it’s too late? The show ends with the Ocean Choir passing tones above the audience, immersing them in an ocean of sound.

INTERACTIVE INTERMISSION
The performances include a special interactive intermission, where audiences can explore multiple “mini-labs” combining scientific fact and playful fabulation to evoke wonder and curiosity and bring them deeper into the themes of the show. This will include an augmented reality experience using the show’s “Deep Wonder” app to bring audiences close up to view the deep ocean floor through the screen on their phone or tablet. There will also be a Miami-specific “mini-lab” created in partnership with the Ocean Conservancy and University of Miami’s Rescue a Reef program featuring a coral reef game that will engage audience members in a carnival-like card/dice game moderated by performer Evan Spigelman which showcases how our actions/decisions affect the reef and what we can do about it.

Following the public performances, audiences can enjoy a talk-back/Q&A with the artists facilitated by a local environmental leader who will engage in conversation about the show, its creation process, and the issues it confronts. Audiences can also learn more about opportunities to get involved and make a difference with each of the organizations featured addressing local environmental challenges. As part of PearlDamour’s two-week residency in Miami around the performances, the artists will be engaging in multiple workshops and conversations for students at Miami Dade College and throughout the community about the show and its themes, including field trips to experience the show itself.

“We are very proud to continue our ongoing series of action-driven programs and performances for the planet with Ocean Filibuster as part of the EcoCultura series. This performance continues to build this vital initiative with an innovative theatrical experience that encourages audiences to look out from the theater to the ocean, climate and community we are all a part of; Ocean Filibuster is larger than a show: it is the continued dialogue as part of a network of arts and grassroots organizations that will spark a sea change in how we view climate, justice and equity,” says Kathryn Garcia, executive & artistic director of Live Arts Miami.