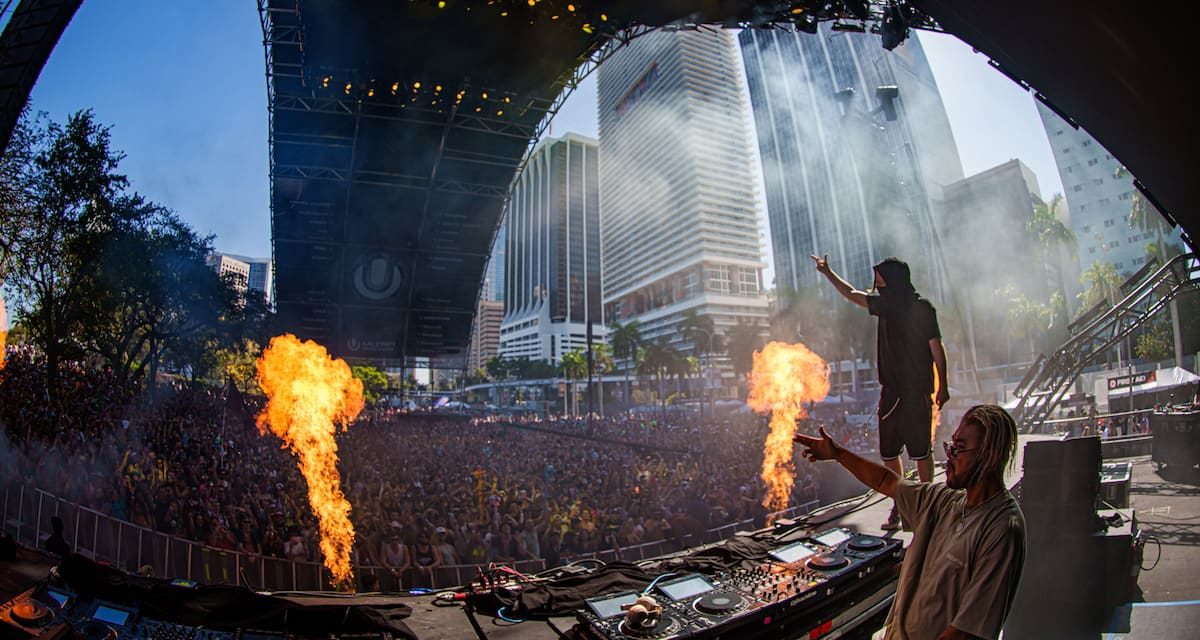 A collaboration with developing producer Longstoryshort, “On The Low” illustrates a simple yet emotional narrative blended into a booming house beat that stays true to Wax Motif’s career-defining sound. During his debut Ultra Music Festival performance last weekend, Wax Motif brought Longstoryshort out on stage for a surprise performance of their high-octane single.

The track begins with a slow and impassioned vocal, painting the composition’s heavy-hearted mood before thumping drums propel the track into a vibrant cascade of bass. After soundtracking dance floors throughout Miami as one of the most anticipated track IDs in town, “On The Low” proves once again that Wax Motif’s title of bass-house maestro is here to stay.

In addition to dropping “On The Low” today, Wax Motif also released tickets for his first-ever headlining show at the iconic Hollywood Palladium on Saturday, June 4. Tickets are on sale now.

The Miami Guide had a chat with Wax Motif at ULTRA Miami just before their performance on the Worldwide stage.

“On The Low” follows the dynamic beatmaker’s debut album House of Wax, which has amassed more than 19 million streams since dropping in February via his own Divided Souls imprint. The 17-track LP showcases Wax Motif’s abilities to stretch beyond the bass-house genre on which he made his name, incorporating electronic music euphoria as easily as it does hip-hop swagger, journeying through meditative, chilled-out vibes, summery, highway-cruising bops, and dancefloor bangers.

Fans can catch Wax Motif doling out his eclectic palette of genres and moods across the US, including upcoming performances at The Forecastle Festival, Hollywood Palladium, and North Coast Music Festival.

ABOUT WAX MOTIF
Wax Motif has carried his own weight as a shapeshifting producer. Currently holding it down in the City of Los Angeles, the Aussie transplant is always at the ready to cull from his eclectic preferences for bassline, rap, disco, house, R&B, and beyond. Some of those sonic inspirations have already taken shape in the breadcrumb of tracks he’s been leaving in the lead-up to his album, from the fast-paced lifestyle he touched upon via the Jaxon Rose-assisted “Thrills” to the festival-filler “Need You” alongside the bass house hounds Phlegmatic Dogs.

Aside from becoming a breeding ground for up-and-coming artists, The Divided Souls label-boss has quickly cemented his ever-growing label as a source for the finest bass house grooves from acts that have blown up the spot on his weekly live demo listening sessions on Twitch.

The Divided Souls imprint has first and foremost served as a home for the chief’s hot streak of solo originals, as well as a star-studded collection of collabs that has found Wax Motif working in-cahoots with the likes of Matroda, Taiki Nulight, Corrupt (UK), Scruffizer and the almighty Diddy. Wax is now upping the ante as he kicks off his debut album rollout with a long-awaited collab with one of the most consistent forces the genre has to offer.