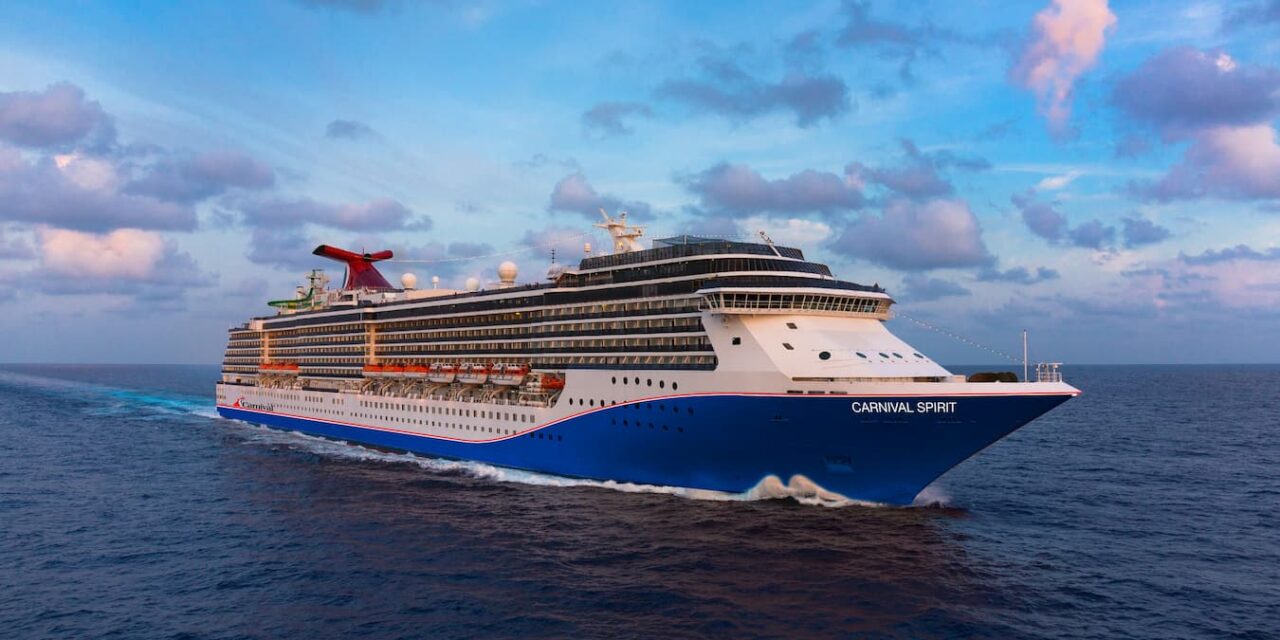 In a year of many milestones – including its 50th Birthday – Carnival Cruise Line has reached another important mark, welcoming three million guests since the restart of guest operations in July 2021, amidst a busy summer season across its fleet of 23 ships.

After recording its biggest booking week in the cruise line’s 50-year history this spring, the last quarterly Carnival Corporation business update projected Carnival Cruise Line’s ships to reach nearly 110% occupancy this summer. That expectation is being realized in the increase of guests across the fleet. Carnival saw its total guest count hit the two million mark in May and it has now risen to three million in less than 75 days – an average of 95,000 guests per week.

Carnival’s five busiest homeports, PortMiami, Fla., Port Canaveral, Fla., Galveston, Tex., Long Beach, Calif., and New Orleans, La., were among the first to resume guest operations and account for 77 percent of all Carnival embarkations and an impressive guest total of 2,324,823. Port Canaveral is also home to Carnival’s new Excel-class flagship and the first ship in North America powered by liquefied natural gas (LNG) Mardi Gras, that is reaching a milestone of its own, welcoming 250,000 guests on board since its inaugural sailing. In terms of the number of sailings, Carnival’s hometown of PortMiami leads the way with more than 215 voyages to date.

Homeports in Tampa, Fla., Charleston, S.C., Baltimore, M.D., Mobile, Ala., Jacksonville, Fla., Norfolk, Va., Seattle, San Francisco and New York, many of which resumed operations this year, have also been key to Carnival’s strategy in reaching the three million mark of total guests since restart. All told, Carnival has generated significant economic impact to all 14 of its U.S. homeports, both year-round and seasonal operations, as well as the scores of destinations its ships and guests have visited the past 13 months.

“Carnival set the pace for the industry as the first major cruise line to return to full guest operations in the U.S., and we continue to lead as we now have welcomed three million guests who have enjoyed much-needed vacations,” said Carnival president Christine Duffy. “The economic benefit to our homeports and destinations is also significant and we are looking forward to restarting cruise operations in Australia this October.”

In addition to sailing from all 14 of Carnival’s year-round and seasonal U.S. homeports, the cruise line’s three-ship deployment to the Pacific Northwest set in motion its largest Alaskan season ever, with approximately 100,000 guests expected to embark on unforgettable vacations from both Seattle and San Francisco. The Port of San Francisco is also Carnival’s newest seasonal homeport, strengthening its position as the cruise line embarking more guests than any other operator from California.

Carnival Pride is spending the summer in Europe, offering itineraries packed with stops at 40 popular ports across 17 countries, and embarkations from both Barcelona, Spain and Dover, England. The ship will return to Tampa and resume operations there on Nov. 12, 2022.

In all, Carnival ships have made more than 3,000 port-of-call visits at 92 individual ports in 36 countries. Carnival ships have called on Mexico the most with about 800 visits – half of which have been to Cozumel, making it the cruise line’s most popular port. After Cozumel (385 calls), the other destinations included in the top five are: Nassau (320 calls) and Half Moon Cay (155 calls) in The Bahamas, Amber Cove, Dominican Republic (159 calls), and Mahogany Bay, Roatan (123 calls). It’s not surprising several of the top spots are destinations developed specifically for cruisers, and building on that premise, Carnival recently broke ground on a new $200 million cruise port in Freeport, Grand Bahama which officials anticipate will breathe new tourism life into the economy of the second-largest city in The Bahamas.

Guests are also enjoying shore excursions in all those destinations and have gone on two million since restart, bringing commerce and economic activity to those communities and local businesses. In Cozumel, the most popular excursion includes catamaran sailing and snorkeling at Paradise Reef, enjoyed by 30,000 guests. An excursion featuring a fun-filled day at Blue Lagoon Island is the most popular in Nassau, frequented by more than 25,000 guests. In Mahogany Bay, 13,000 guests have chosen to “Discover Roatan” by observing the island’s wildlife and natural beauty on a guided tour.

The rapid return of Carnival’s guest base is consistent with the growth that has been previously announced, with five ships joining the fleet over the next two years. This November, Costa Luminosa will become Carnival Luminosa and begin sailing seasonally from Brisbane, Australia. Carnival Celebration, an Excel-class ship powered by LNG, will join its innovative sister Mardi Gras as part of the Carnival fleet and begin service from PortMiami in November. A third Excel-class ship, Carnival Jubilee, is set to debut next year from Galveston. Carnival also continues to plan the launch of its new concept, “Choose Fun with Carnival, Italian Style,” which will bring two additional ships from Costa into the Carnival fleet in 2023 and 2024 respectively.