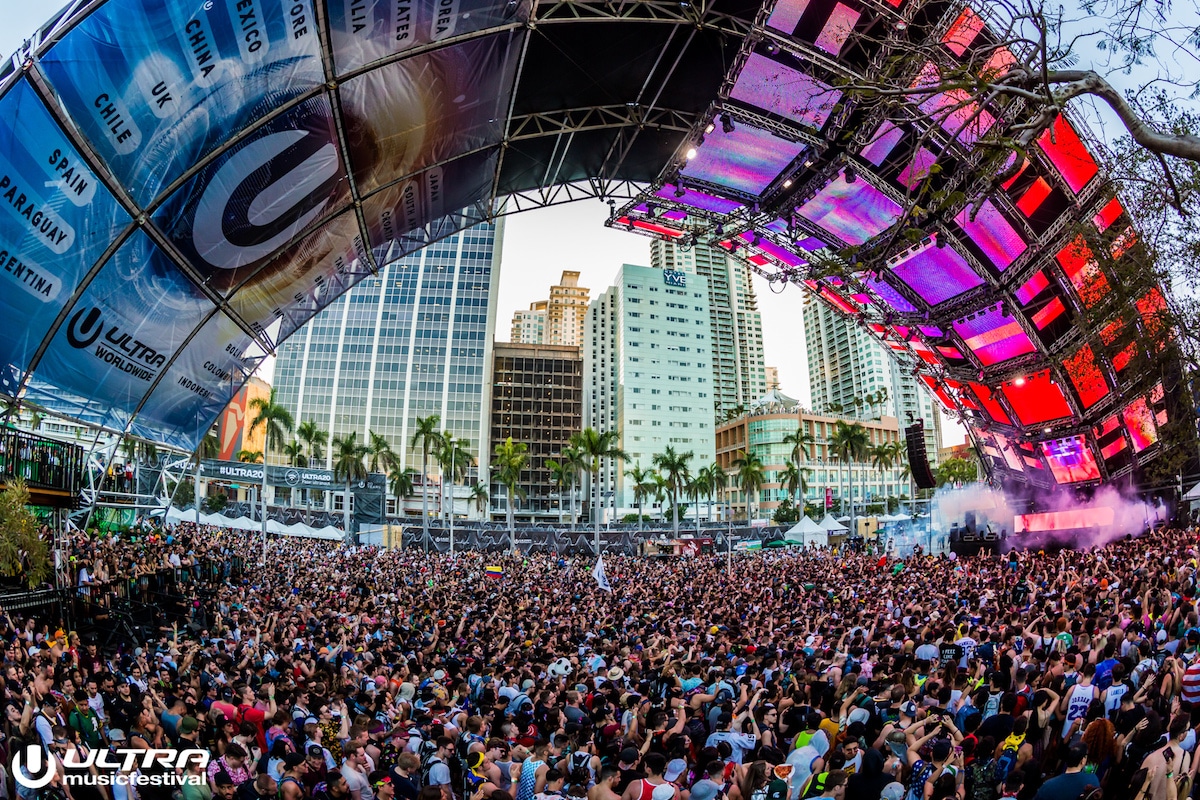 A completely sold-out Ultra Music Festival saw its most memorable show to-date this past weekend at Bayfront Park in Downtown Miami with the celebration of its landmark 20th anniversary. Swedish House Mafia, Will Smith, Above & Beyond, Halsey, Desiigner and Yo Gotti were just a few of the surprise performers that captivated 165,000 attendees from over 60 countries around the globe.

After much speculation and with anticipation at fever pitch, Swedish House Mafia reunited with a surprise performance to close the Main Stage and the festival on Sunday night. The historic reunion came almost five years to the day after the groups’ farewell performance at Ultra Music Festival in 2013. The legendary trio, consisting of Axwell, Sebastian Ingrosso and Steve Angello, opened the set with ‘Miami 2 Ibiza’, and closed off the night in spectacular fashion with an encore of their globally renowned track ‘One’ to the delight of festival goers and the millions eagerly watching the live stream at home.

Saturday night was equally filled with a range of mind blowing and unexpected performances. Marshmello brought out special guests Slushii, Yo Gotti, G-Eazy, and Lil Uzi Vert who all performed to a packed crowd, followed by a sensational appearance from the one and only Will Smith who performed his international hit ‘Miami’. 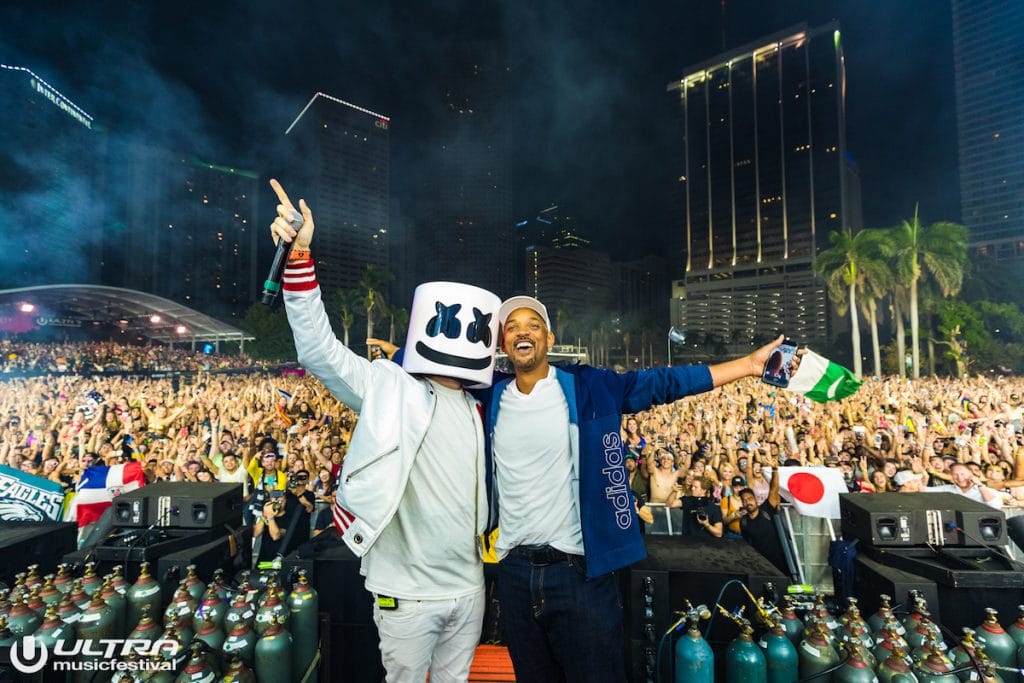 Tiësto, The Chainsmokers, David Guetta, Carl Cox, Axwell Λ Ingrosso and Steve Aoki are just a few names among the leagues of legendary performers who took to Ultra’s iconic stages at Bayfront Park. Ultra veterans Rabbit In The Moon and Josh Wink also graced the festival, having both performed at the very first Ultra Music Festival 20 years ago in 1999.

The gargantuan Ultra Main Stage once again showcased an unrivalled sound system, mesmerising pyrotechnics and a lighting rig that can only be described as out-of-this-world.

The RESISTANCE Carl Cox MEGASTRUCTURE received a huge upgrade to its already mind-blowing production this year, with one of the most outstanding lighting structures ever seen at a festival, creating a wormhole effect that stunned attendees and live stream viewers at home alike. The man himself, Carl Cox, closed both Friday and Saturday night in spectacular, trademark fashion, and hosted a massive back-to-back set from giants Dubfire, Nicole Moudaber, Paco Osuna. The MEGASTRUCTURE lineup also saw a heavy presence from artists slated to play RESISTANCE Ibiza this summer, including Adam Beyer, Jamie Jones, Joseph Capriati, Maceo Plex, and Pan-Pot.

Complementing the MEGASTRUCTURE was a second stage for RESISTANCE with the Arcadia Spider, featuring heavyweight pyrotechnics, moving limbs propelling fire and dry ice, and piercing lasers that projected impressive displays across Bayfront Park. The weekend saw a slew of b2b performances from techno royalty including Technasia b2b Hector, Patrick Topping b2b Nathan Barato, and Guti (Live) b2b wAFF. Closing out the stage on Sunday after performances from house and techno’s elite guard was the supergroup J.E.S.u.S, the b2b2b project from Jackmaster, Eats Everything, Skream and Seth Troxler. 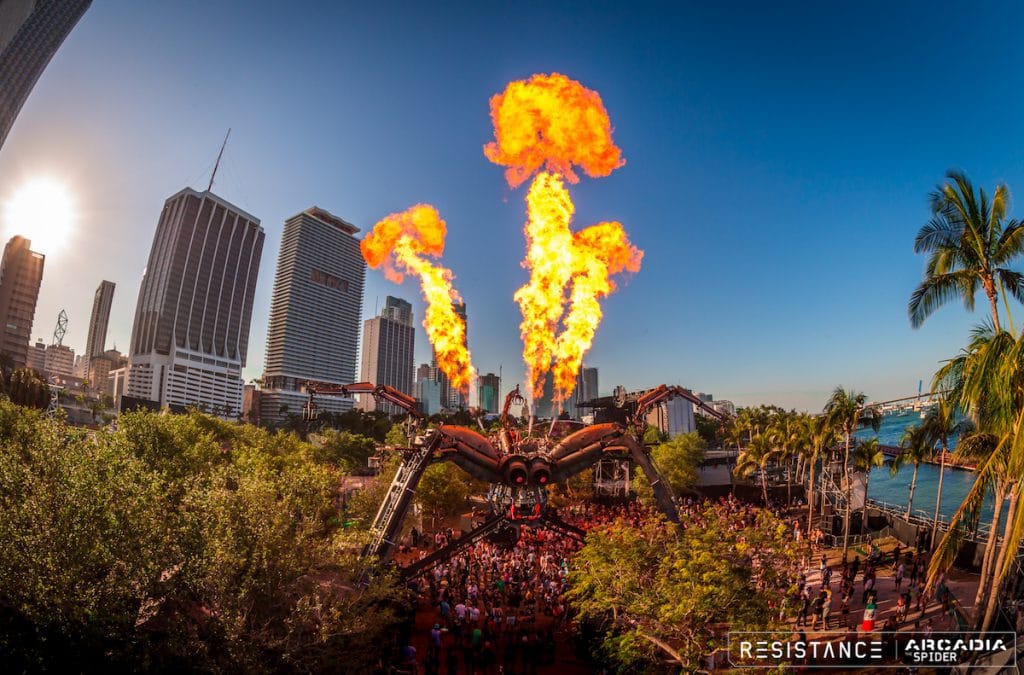 The MEGASTRUCTURE was then taken over by Armin van Buuren for an historic 850th ‘A State Of Trance’ on Sunday. Surprise headliner and legendary trance group Above & Beyond joined the momentous occasion as they closed out the festival with one of the most captivating and euphoric sets of the weekend.

For the fifth year in a row Ultra Music Festival was the #1 trending topic on social platforms worldwide over the weekend, with millions of mentions across all platforms. The festival is officially and firmly down as the most tweeted about electronic music event in history.

ULTRA LIVE’s record-breaking live stream presented by UMF TV attracted over 30 million viewers from around the world, many of which tuned in for Swedish House Mafia’s Sunday night headlining set.

The Ultra Worldwide stage saw closing sets from Flosstradamus, Laidback Luke, and RL Grime throughout the weekend, while the UMF Radio Stage was taken over by respected electronic labels: Revealed and Jacked as well as LA events group Brownies & Lemonade.

After extensive coordination with various local, state and federal authorities, which collectively led the effort on executing safety and security measures and precautions, the number of arrests dropped to an all-time low, continuing the trend of declining arrests for the 5th consecutive year as reported by the Miami Herald. Encompassing the entire weekend, EDMTunes reported, ‘this year’s Ultra Music Festival was labeled the safest Ultra ever’, with both arrests and medical transports significantly reduced. 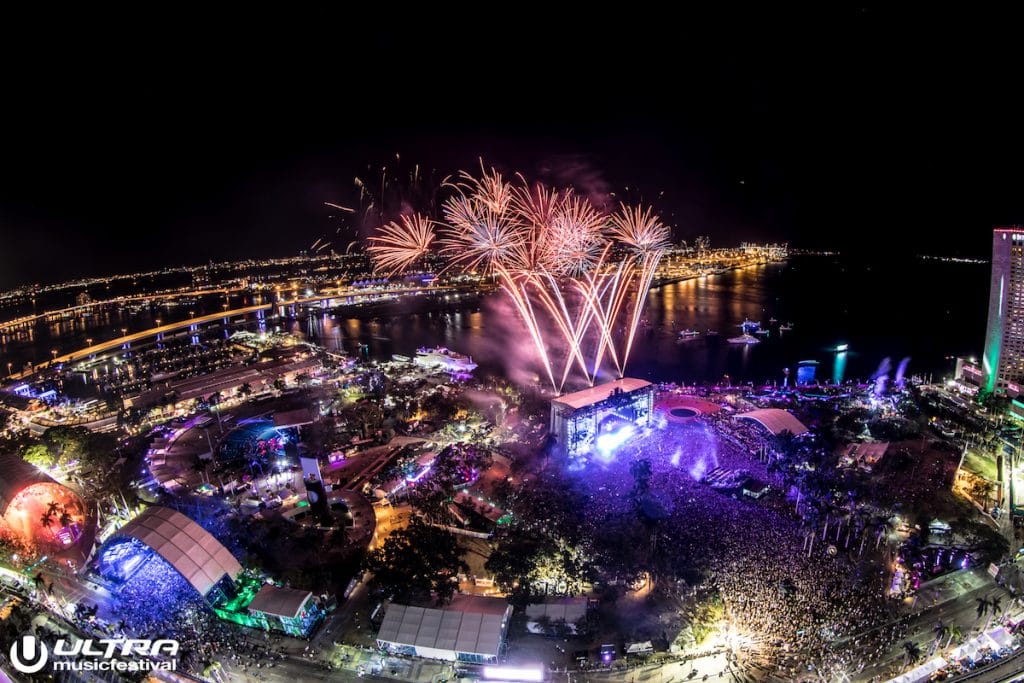 Yet again, Ultra Music Festival exceeded expectations. Amongst the reunion of one of the most beloved electronic acts the world over, surprise performances from legendary artists, and unparalleled production and lighting, the festival has its sights firmly set on 2019.