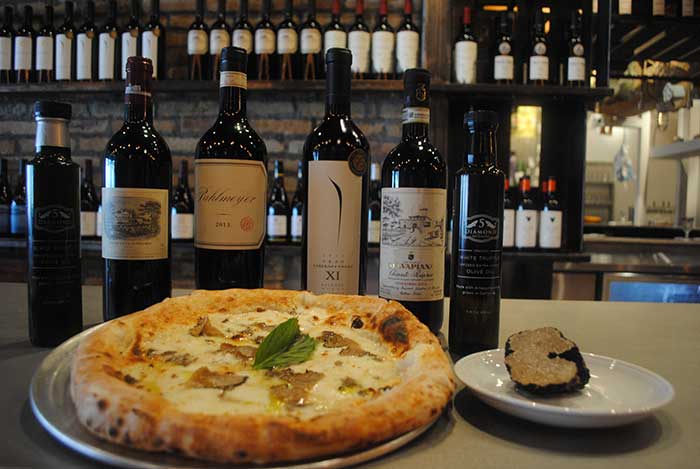 Everyone’s new favorite pizza spot in Brickell, Tino’s, is now open until 5am from Thursday to Saturday for those who crave a late bite after enjoying Brickell’s night life OR for delivery.

After a long night of bar hopping and enjoying Brickell’s night scene, it’s only natural for it to spark up an appetite. With only very few restaurants open to feed Brickell’s night-goers late night/early morning, Tino’s decided to step into the mix and made their whole menu available to patrons until 5am Thursday through Saturday! With multiple sandwich, pizza, calzone, salad and dessert options, Tino’s guarantees to satisfy your late-night cravings and have you sleeping with a full stomach and happy dreams. If you’re looking for that first spot to get the party started to your night, Saturday, August 13th, Tino’s will be bringing in a DJ all the way from Milan to play your favorite tunes as you wine and dine.

Staying home instead of partying the night away? Tino’s is also open for delivery late night during opening hours! That’s right, order anything on Tino’s menu before 5am and it will be sent straight to your doorstep to enjoy in the comfort of your own home.

WHEN:
Late Night Hours: Thursday-Saturday open till 5am