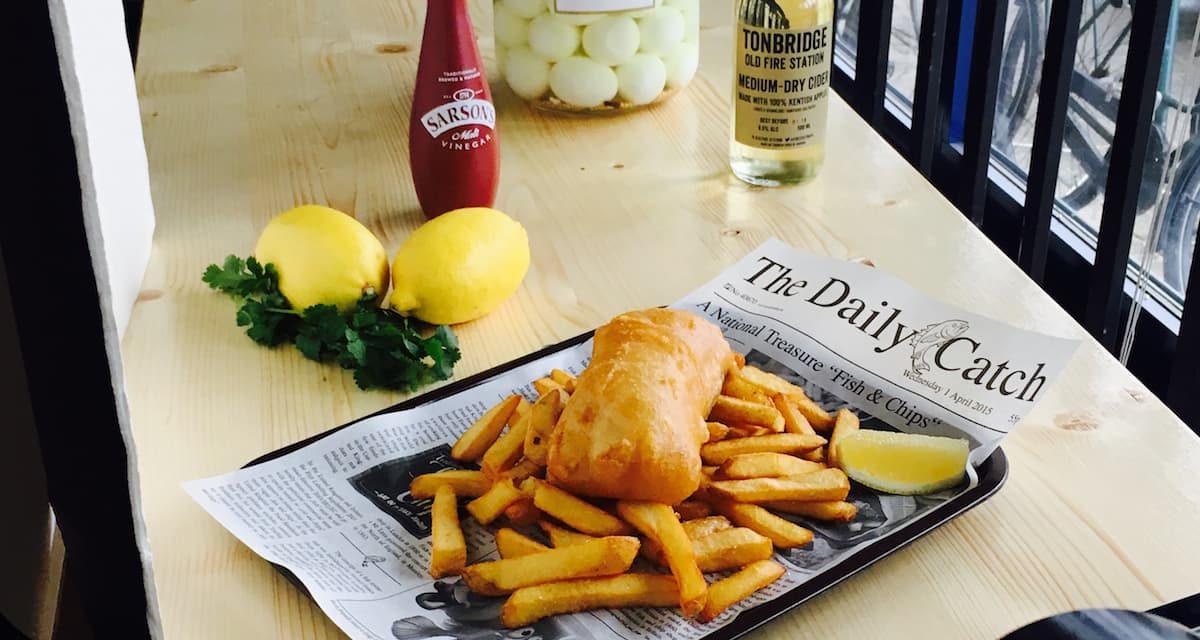 Comfort food is making a comeback during the culinary calamity currently being experienced by residents throughout South Florida, and a newcomer to Miami’s gastronomic scene is providing a much-needed option with a traditional taste of classic favorites from across the pond.

Award-winning British Chef Justin Brown introduces “The Chippy” pop-up at Balan’s Bar & Brasserie in Mary Brickell Village, now serving a hand-crafted selection of classic English dishes that will quench the palate of those craving an authentic menu of home-cooked cuisine that goes well beyond the bangers. Classic Fish and Chips is Chef Brown’s signature dish, recreated from his own recipe, and cooked with a homemade beer batter and served with lemon and fries—offering a choice of either Haddock or Cod—both made to melt in your mouth and remind you of your last visit to a British fish and chips shop. Expect local Wynwood Beer Battered Fish wrapped in newspaper, authentic homemade chips using the best quality Idaho Potatoes, and a squeeze of tangy lemon for that essential aftertaste. Additional menu items under the Meat & Chips option, include Battered Proper Pork Sausage, Battered Bell & Evens Chicken Strips, or an 8oz Wagyu Cheeseburger Salad, served with tomato and red onion. All main dishes, whether fish or meat, come with a choice of home-made sides or garnishes, including curry sauce, gravy, tartare sauce, mushy peas, Sarsons Malt Vinegar or picked egg. Homemade British desserts include Battered Mars Bar, Battered Snickers or Sticky Toffee Pudding with Toffee Sauce—one of England’s oldest and most traditional “puddings.”

“After arriving in Miami at the beginning of the year, I made it my mission to search for the very best local vendors to use for my own menu of classic British favorites,” says Chef Brown. “The city has a wealth of excellent suppliers I’ve had the privilege of getting to know, and my discovery in the quality of fish and produce encouraged me to create an even broader selection beyond my signature fish and chips. The Chippy was originally a concept created in Amsterdam that has become a huge success, and I believe Miami also has an appetite for something genuine and unique from England.” 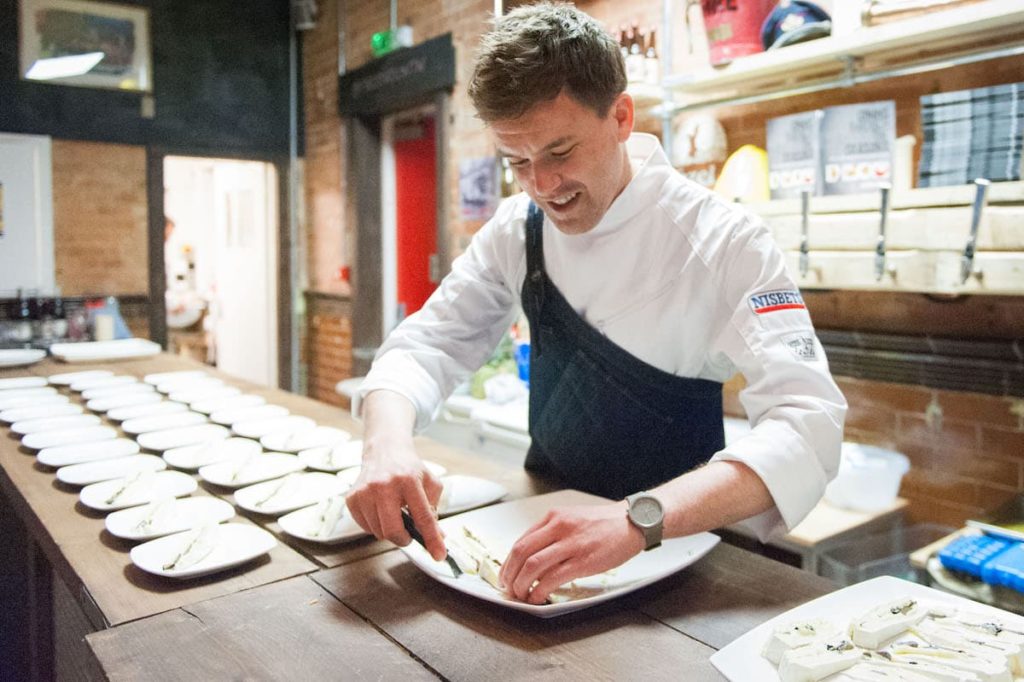 Chef Brown relocated to Miami after spending more than 15 years at the helm of some of the leading restaurants in the UK and Europe, working alongside today’s most iconic personalities of the culinary world including Jamie Oliver and Robert Clayton.  He realized that South Florida’s burgeoning culinary scene was an opportunity to infuse his own style of contemporary and upscale English cooking into a region that is historically unfamiliar with modern-day British cuisine.

The Chippy pop-up at Balan’s Bar & Brasserie is located at 901 South Miami Ave in Mary Brickell Village and is now offering pick-up or Uber Eats delivery in Brickell only from Wednesday to Sunday between 4:00pm and 10:00pm. Follow @thechippymiami and for further information or to place an online order, visit www.thechippy-restaurant.com.

British-born Justin Brown is a Miami based Award winning Chef and Entrepreneur (Chef of the Year UK 3 Years Running, Michelin Guide for 10 Years in a row, Morning Advertisers Chef of the Year 3 years in a row, Best Newcomer in the UK, 2 AA Rosettes, 6/10 Good Food Guide). He is also a Cookbook Author (Dining through the Seasons, The Amsterdam Cookbook, The Henderson’s Relish Cookbook, Tweet Treats). Justin has worked in some of the most recognized hotels and restaurants around the world including The Landmark London (5 Star De-Lux, 1 Michelin Star), Montes with Jamie Oliver in Knightsbridge, The Carnarvon Arms with Robert Clayton (1 Michelin Star), The Harrington Club (Owned by Ronnie Wood) and Restaurant Amuse in Australia (3 Hats, Number 1 Restaurant in Western Australia). Prior to Miami, Justin lived in Amsterdam for five years where he opened various restaurants, including The Bao Bar at Karakter, Baohuis and The Dirty Chicken Club, while offering consultancy for food festivals and hotel groups, including Kriterion, The Juice Brothers, Conscious Hotels, The Ramen Festival and Taste of Amsterdam. Justin became Chef Owner of Bao Buns Amsterdam and The Chippy, culinary concepts he plans to open in Miami since relocating in January 2020. To learn more, visit www.justinbrownchef.com.