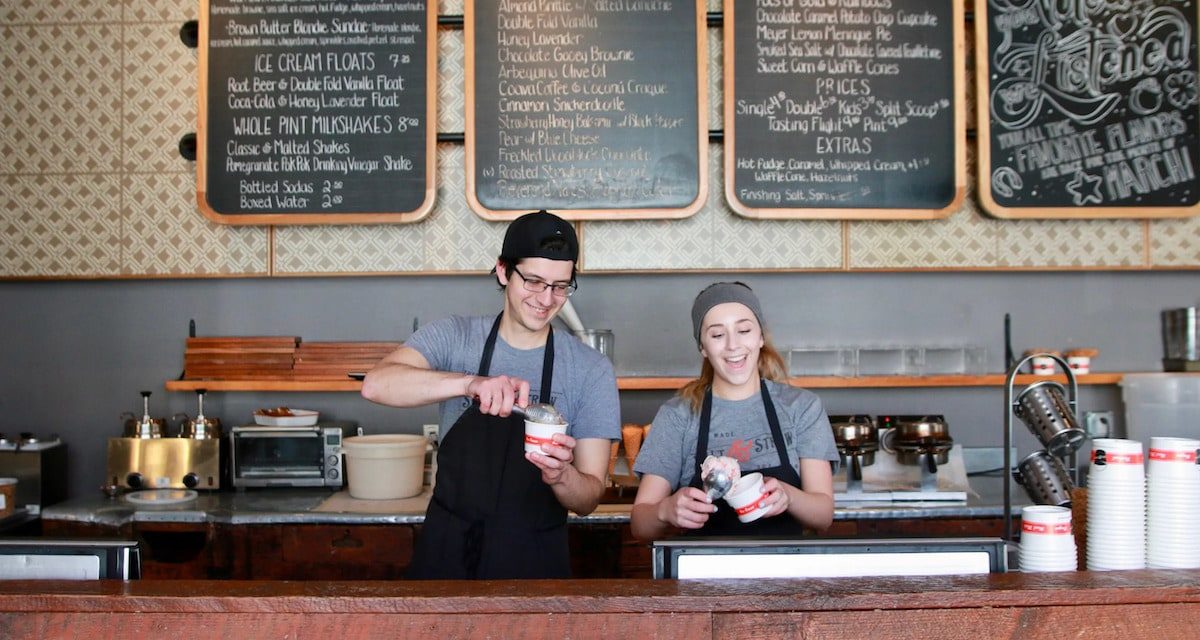 Terranova currently owns seven properties on Lincoln Road, amounting to over 137,411 square feet in leasable space. With the influx of new-to-market national restaurants to South Florida, and Lincoln Road in particular, the addition of Salt & Straw will be an asset in diversifying the district with its sweet treats.

“We are excited to add Salt & Straw to Lincoln Road’s growing, diverse dining community,” said Mindy McIlroy, President of Terranova, which represented the property in the negotiations. “Lincoln Road is a hotspot for restaurants and retail, rivaling some of the country’s most popular districts. With Lincoln Road at the core of our business at Terranova, we seek to diversify the district with an influx of unique, beloved businesses. Salt & Straw is a model company for community engagement and philanthropy, and will fit in perfectly with the current tenants.”

What began as a single ice cream cart in the Alberta Arts District of Portland in 2011, Salt & Straw seeks to be more than just another ice cream store. Instead, their goal is to be a gathering place by becoming part of the communities they serve, using their menu to highlight important issues and emphasizing the importance of good hospitality.

“To be opening on iconic Lincoln Road is a dream and an honor for Salt & Straw,” says Kim Malek, Founder and CEO of Salt & Straw. “We are excited to be a part of the influx of local restaurants and shops opening there, as well as the investments being made to further elevate and add cultural experiences including art, music, collectibles and park-like areas. We hope to provide a special taste adventure to visitors and to be a community gathering place for generations to come.”

Salt & Straw’s name is another nod to the company’s desire to engage with their communities. The company makes its ice cream in small batches, strategically modeling its ice cream after old-fashioned churners: a bucket of ice, rock salt to lower the temperature, and elbow grease. Their name is a celebration of where ice cream has come from, and where Salt & Straw will continue to take ice cream through its artful storytelling and community engagement.