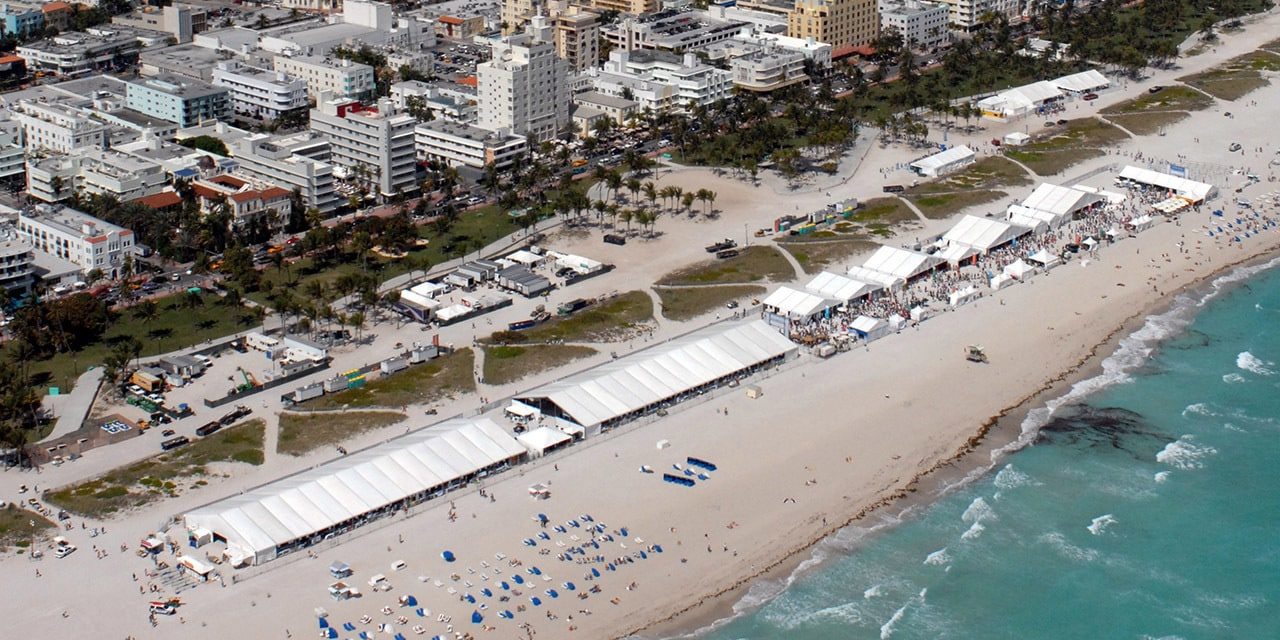 Widely recognized as one of America’s favorite gourmet gatherings on the beach, the four-day Festival returns to the sand Feb. 24-27, 2022 and will feature 90-plus events spanning Miami-Dade and Broward counties. For the 21st installment, Food Network & Cooking Channel personalities and more than 400 chefs and wine and spirit producers will come together to create an unforgettable epicurean celebration comprised of walk-around tastings, intimate dinners, late-night parties, brunches, lunches, masterclasses, wine seminars and more.

Kicking off the festivities on Thursday, Feb. 24, is the iconic chef, restaurateur, Emmy Award-winning TV host and the Mayor of Flavortown himself, Guy Fieri, as he hosts the NEW Diners, Drive-Ins and Dives LIVE. With roadside diners, vintage drive-ins and out-of-the-way “dives”, guests will get a taste of Guy Fieri’s travels across America as they sling backbites from more than 25 eateries in search of the best “greasy spoon” featured on the hit show.

That week, the Festival’s iconic open-air tasting tents return to the shores of South Beach with a mash-up of new and classic events slatted to showcase the nation’s most talented chefs and lifestyle personalities. Events include:

Those looking to experience casual elegance can make their way to the Miami Design District – the city’s premier neighborhood and shopping destination. The Miami Design District Event Series – taking place exclusively during Festival weekend – will be anchored at the iconic Jungle Plaza and feature a slew of new events that celebrate the District’s innovative fashion, architecture, design and world-class dining. Highlights include:

Keep the party going with one of the Festival’s highly sought-after brunches. Nightlife and hospitality industry leader, David Grutman is teaming up once more with GRAMMY® Award-winning artist and producer, Pharrell, for a Williams Family Kitchen Soul Food Brunch hosted by Pharoah and Pharrell Williams at SWAN on Saturday, February 26. Drag Brunch hosted by Kalen Allen featuring Mistresses of Ceremonies Kim Chi & Athena Dion will celebrate the LGBTQ community and its unique culture and influence on South Florida on Sunday, February 25. That same day, Emmy® Award-winning host of the Food Network series Trisha’s Southern Kitchen, Trisha Yearwood, returns to host her signature Southern Kitchen Brunch at the Loews Miami Beach Hotel. Looking to set fire to your taste buds? Experience a Korean barbeque-style Brunch hosted by Andrew Zimmern and David Shim at one of the city’s hottest restaurants to open this year, COTE.

Guests looking to sharpen their cooking skills alongside the experts should snag seats to one of the Festival’s Master Classes! Choose from a variety of classes such as Craft Cocktail-Making at Sweet Liberty, a Pasta-Making Class and Lunch with Michael Pirolo, Bread-Making with Sullivan Street Bakery, Ramen-Making with InRamen, a Spice-Making Class with Adeena Sussman and more!

As part of the entry requirements for SOBEWFF®, all attendees must complete a digital health screening through SymCheck™. This includes attestation of either: a negative COVID-19 test no more than 72 hours prior to the event OR completed vaccination plus the presentation of a cleared SymCheck™ QR Code. For full details on the Festival’s Health & Safety Protocols, please visit sobewff.org/health-safety-protocols.

To date, the Festival has raised more than $31.8 million in support of its educational mission to cultivate the future leaders of the hospitality industry at FIU’s Chaplin School of Hospitality & Tourism Management.

Between SOBEWFF® and its sister NYCWFF, more than $45 million has been raised to benefit the respective charities of each Festival. Beyond the funds raised, both Festivals draw attention to the vibrant dining cultures of their respective cities, provide economic stimulus in their communities, and serve as a platform to drive awareness and engagement for a wide array of philanthropic activities.

General ticket sales begin at midnight on Monday, Nov. 15. The complete line-up of events for the 21st annual Festival is now available online at sobewff.org. Stay up to date all year long by following along with the #SOBEWFF hashtag on Instagram, Twitter and Facebook.