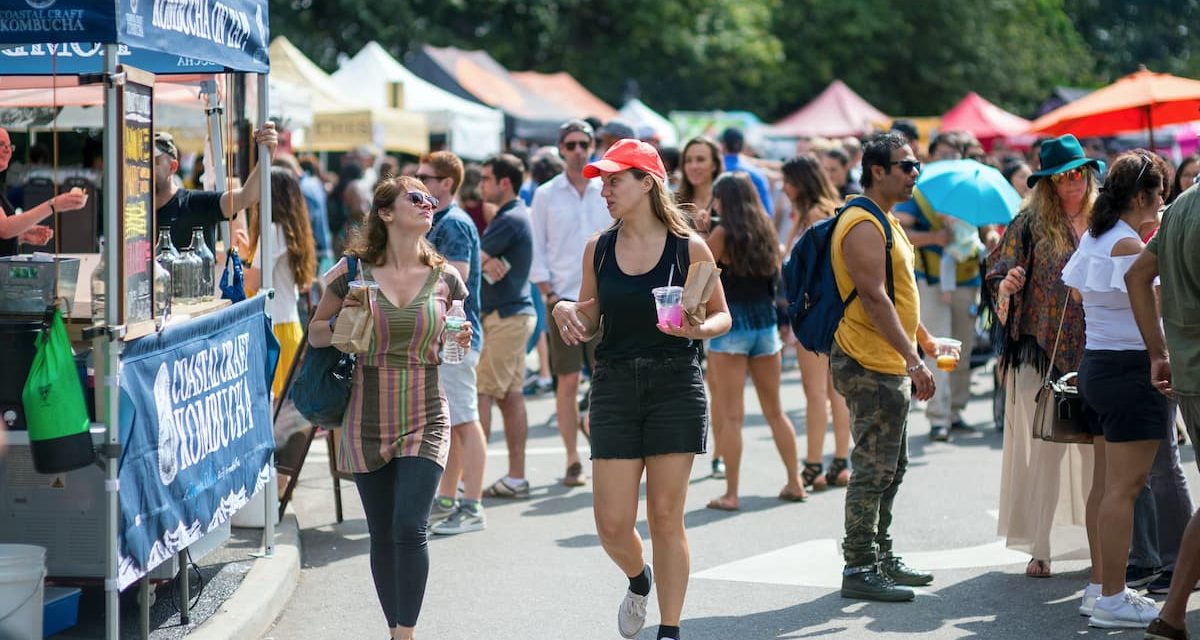 Smorgasburg Miami, the latest location for the wildly successful open air food market dubbed ‟the Woodstock of Eating‟ is preparing for a March 2022 opening in Wynwood.  The 50,000-square-foot space adjacent to the Wynwood Walls is located 2600 NW Second Avenue in the epicenter of the popular arts district.  Gaston Becherano Cohen, the man behind Smorgasburg Miami has reached his goal of 65 vendors, including a handful of artisan vendors selling jewelry, artwork and the like.

Smorgasburg, which will only open on the weekends (as in its New York and Los Angeles locations) draws thousands of people every weekend to sample food from exciting local up and coming vendors. “Getting a space at Smorgasburg is a competitive process. We’ve received over 300 applications for 65 spots so far, and if New York and Los Angeles are any indication, we’ll have hundreds of applicants competing for a handful of vacancies annually. The majority of our vendors are chefs and aspiring restaurateurs who dream of one day opening their own restaurants and it’s exciting and humbling for us to serve as an incubator for this process,” stated Becherano Cohen.

Some vendors will be known to Smorgasburg visitors including Caja Caliente, Drinking Pig BBQ, Behn Mi and Ted’s Burgers.  Other vendors such as Succulent Street Food, a plant-based vegan concept that pops up at farmers markets on the weekends; Fusion Fuego, a food truck that elevates Dominican food; and Yakitori Boyz 305 a pop-up in search of a home featuring Japanese-inspired charcoal cooking; will provide the thrill of discovering exciting new flavors.

In addition to the vendors that have been accepted for the market’s March opening, there will be an opportunity for one local vendor to receive sponsorship to help with start-up costs.

According to Becherano Cohen, “We want to offer a space to a local vendor from an under-represented community who might not be able to cover the startup costs to launch their initial business. We encourage all aspiring chefs, cooks and culinary artisans who have a special dish or cuisine they’d like to share with the world to apply via our application form.  In the ‟about us‟ section, they should mention that they are applying to the Sponsorship Program.  This opportunity will be open through April 15, 2022, at which point we will select someone from the applicant pool.  The winner will receive $1,500 to help offset their initial set up as well as a spot at Smorgasburg Miami for one year.”

Potential vendors seeking information about applying to Smorgasburg Miami can use that form as well or send inquiries to vendors@smorgasburgmiami.com. Full list of participating vendors can be found here.