Sherlock Holmes Exhibition is a Must See! 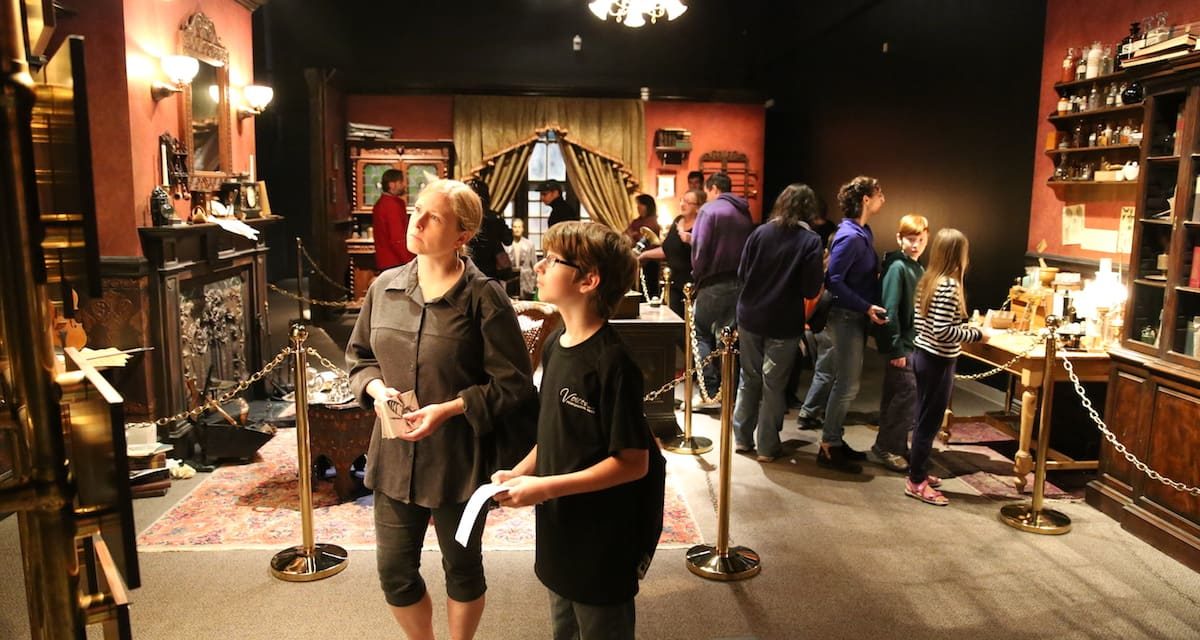 Footprints, splatter patterns and the powers of observation mark the journey through Sherlock Holmes: The Exhibition opening Monday, May 16, 2022 at the Phillip and Patricia Frost Museum of Science in Downtown Miami. The interactive experience combines science with history and culture to bring to life the historic underpinnings of author Sir Arthur Conan Doyle’s rich and vibrant stories. The exhibition will be on view through Monday, September 5, 2022.

Museum guests will learn how Sherlock Holmes, a scientific expert ahead of his time, used seemingly trivial observations of clues others missed to solve some of his era’s most mysterious crimes. His practices and techniques, created in the mind of doctor-turned-author Conan Doyle, changed the way police work was conducted and remain in practice today. Sherlock Holmes: The Exhibition features original manuscripts and period artifacts, investigative tools influenced and used by Sherlock Holmes, and interactive crime-solving opportunities. Guests will be transported into Sherlock Holmes’ London to solve a crime in a world filled with innovation and experimentation – and just receiving its introduction to his ground-breaking methods.

The exhibition is brought to the Phillip and Patricia Frost Museum of Science as the result of a unique arts partnership between Exhibits Development Group (EDG); Geoffrey M. Curley + Associates; Conan Doyle Estate Ltd.; and the Oregon Museum of Science and Industry.

“The Conan Doyle Estate can’t remember an undertaking as involved and exciting as this one,” says the Estate’s U.S. representative Jon Lellenberg: “Museum visitors will experience the scientific and literary ideas that inspired Sir Arthur Conan Doyle to create Sherlock Holmes, and Holmes’ methods for investigating and solving crimes as the world’s first consulting detective, and they will visit their two worlds, including the very rooms in which all this took place.”

Exhibition guests will learn about the practices of Sherlock Holmes, the world in which Conan Doyle drew from to develop his stories, and the history of forensic science. The galleries in the exhibition include: