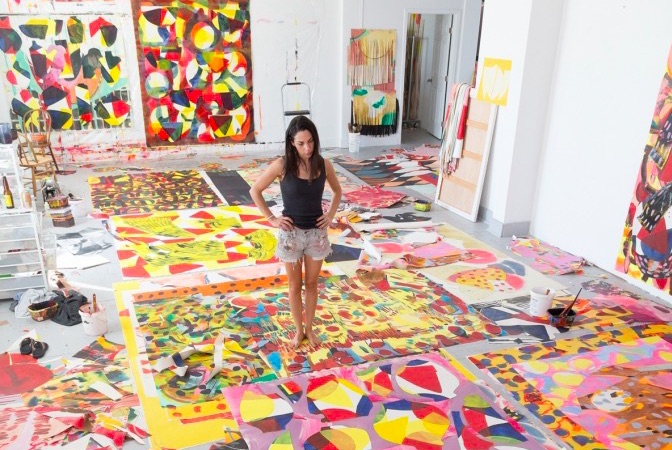 RAW unveils November 30 and extends through December 9 at the Miami landmark and cultural gem, as a disruptive local presence empowering emerging artists during the most important week for the arts in Miami. It is the first and only art event to take place at the Historic Post Office Building. RAW brings together fifteen visual artists working in various media and fifteen musicians from multiple regions who will coexist in an organic, interactive space. A few artists participating include: Town and Concrete, Soraya Abu Naba’a, Allison Berkoy, Ali Silverstein, Arantxa Araujo.

For its next installment, YAI has selected RAW as the curatorial thesis for site specific installations that strip the senses to their purest form; ready to be felt in a raw space. The exhibition features interactive artwork including the human senses as mediums that are inextricably interconnected. Artists explore the ephemeral possibilities of sensory experience, inviting and encouraging guests to let go of visual art boundaries and interact with their surroundings. Art installations made with tangible and abstract organic matter are tasted, touched, heard and smelled.

RAW is fittingly set at the Historic Post Office Building in Downtown Miami. A truly unique raw space constructed between 1912 and 1914, it was the first important Federal Building built in Miami. With three available floors totaling more than 15,000-square-feet, it is partitioned by floor in order to illustrate interpretations of RAW across a variety of mediums. The second and third floor are dedicated to RAW’s Pop Up with over 20 multi-sensory installations/works from participating artists. The fourth floor will welcome The SIXTH, a sensory pop up bar that guides you through your sixth sense.

Arantxa Araujo is a Mexican choreographer and multidisciplinary artist based in NYC. Araujo applies Neuroscience principles to performance and art to allow audiences to access experiences and increase consciousness. She was awarded a full scholarship from Mexican Government Institution CONACYT and holds an MA in Motor Learning and Control from Teachers College, Columbia University.

Ali Silverstein was recently named an “Artist to Watch” by Whitewall magazine. Silverstein prefers primitive expression over slick industrial production with a process that is guided by whatever feels necessary. She holds an undergraduate degree from Columbia University in Visual Art and Comparative Religion, and an MFA in Painting from The Slade School of Art in London.

Town and Concrete is a Paris-based creative studio led by by french architect and art director Cyril Lancelin. He’s worked with “some of the most influential architects and artists in Paris and Los Angeles.” For more information on our upcoming events, visit us online www.youngartistinitiative.com