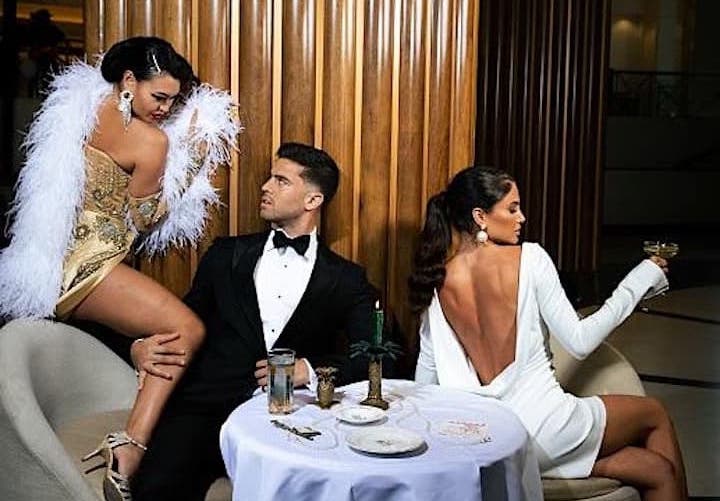 This November, transport back to the golden age of 1960’s Hollywood with the return of Pompeii Cabaret, a supper club with a rich history at Eden Roc Hotel Miami Beach which once welcomed performers such as Harry Belafonte, Frank Sinatra and Sammy Davis Jr. Hosted over two nights on November 18th and November 19th, Eden Roc presents the ultimate golden era costume party with Peach Room Miami.

Join us for a night (or both) at the iconic Eden Roc Miami Beach for an evening of glamorous fun and dancing. Be whisked away back to the swinging 50’s, the golden era, where Hollywood’s elite such as Frank Sinatra, Nat King Cole, Elizabeth Taylor, Harry Belafonte, Lucy & Desi, Sammy Davis Jr. and Humphrey Bogart danced and dined in the famous Pompeii Ballroom.

The event will feature a night of dancing and drinks with live performances throughout, including 60’s cover band Les Green & The Swayzees, as heard on the recent Elvis movie soundtrack along with Miami DJ, Jessica Who. Celebrate the weekend like it’s 1965, starting at 9PM and going through the night. General Admission and VIP tickets are available through the link here.

Dance the night away with music by the incredible Les Greene and The Swayzees (as heard in the recent Elvis movie) followed by late night dancing.

Mingle under our lavish 12-foot-tall white palms, watch the exquisite Martini dancers or go back in time with the black & white photo booth. Retro glam dress code. Doors open at 9PM until 2AM. Join us before the party for dinner at Ocean Social (your new favorite hangout!) with stunning ocean views and delicious cuisine and cocktails.