Miami Jazz in the Gardens draws 48,000 fans with some celebrity surprises 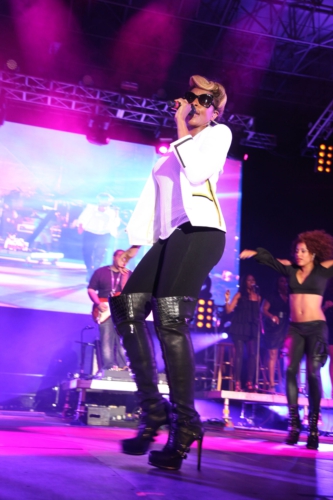 “Jazz in the Gardens just gets better and better every year, but this year it was simply remarkable. The performers, the attendees, the food, and the weather created a perfect combination. People traveled from near and far to see and experience this amazing festival. It gives me with sheer joy to see this event develop to where it has become a nationally recognized venue and in turn making the City of Miami Gardens a  travel destination,” says Miami Gardens Mayor Shirley Gibson.

The weekend’s festivities kicked off to clear skies and Miami’s own celebrated Jody Hill & the Deep Fried Funk Band who took to the stage with a tight set and strong vocals. Local Miami Gardens favorites Ike & Val thrilled early audiences with their unique style and Ike’s mastery of the blues guitar, playing with the intensity of Jimi Hendrix. Jazz aficionados were glued to their seats as the legendary Ramsey Lewis performed time tested jazz classics with his talented Electric Band. Old school human beat box Doug E. Fresh followed with a high energy performance that had the whole festival doing “the Dougie” while laughing and singing along as he led the audience down memory lane with a medley of old school hits and classic TV theme songs. Grammy nominated R&B soulstress Ledisi followed with an eclectic and rich performance, engaging the early evening audience. Love was the mood set by the next performer, classy and polished KEM, who thrilled with hit after hit of romance inspired songs. The night ended with an exuberant and surreal performance by Jill Scott , who was one of the most eagerly anticipated musicians of the weekend. Scott sported a huge afro and a wide smile, taking her fans for “a long walk,” visibly relishing performing hit after spectacular Scott hit.

A refreshed and eager adult crowd, dressed in their Sunday best, returned for the second glorious day of the Lucky 7 Jazz in the Gardens.  For the first time in the festival’s history gospel graced the stage with local sensation Sensere, who promised to deliver a rock-infused, soul-based, Gospel set and did not disappoint. Then internationally recognized South Florida based Nicole Henry kicked off Sunday’s national artist performances with her rousing renditions of pop and R&B inspired jazz selections. The man who rocked the Tonight Show for 15 years, Kevin Eubanks , took to the stage after Henry, with his smooth jazz guitar backed up by a powerful rhythm section that rocked the park. Kenny G.’s always appreciated long held saxophone renditions and playful audience interactions kept the vibe alive, instrumental style. Then, Ms. Patti LaBelle , diva extraordinaire, took the stage, belting out a rousing rendition of her # 1 hit “New Attitude” to enthusiastic shrieks of appreciation from young and old alike. The excitement filled weekend ended on a very high note as Queen of Hip Hop Soul Mary J. Blige brought her heartfelt “go girl” energy and the audience to its feet with powerful vocals and personal story to close the Lucky 7th Annual Jazz in the Gardens as only Mary J. Blige could. 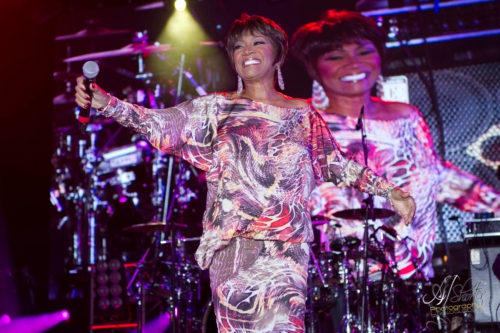 About City of Miami Gardens

The City of Miami Gardens was incorporated on May 13, 2003 as the 33rd city in Miami-Dade County. At a population of approximately 110,000, it is the third largest city in Miami-Dade County. Miami Gardens is a solid, working and middle class community of unique diversity. It is the largest predominantly African-American municipality in the State of Florida and boasts many Caribbean and Hispanic residents. The City hosted the 2010 FedEx Orange Bowl, the 2010 NFL Pro Bowl™ and Super Bowl XLIV™. This is the second time that the City has hosted the Super Bowl under Mayor Shirley Gibson’s Leadership.  Recently the City of Miami Gardens dropped 5 places from 35th in crimes being committed in metropolitan areas to 40th in the nation according to CQ Press of Washington, D.C., who publishes the annual Crime in Metropolitan American report. The City attributes this achievement to its successful implementation of its own Police Department. To learn more about the City of Miami Gardens, go to www.miamigardens-fl.gov.