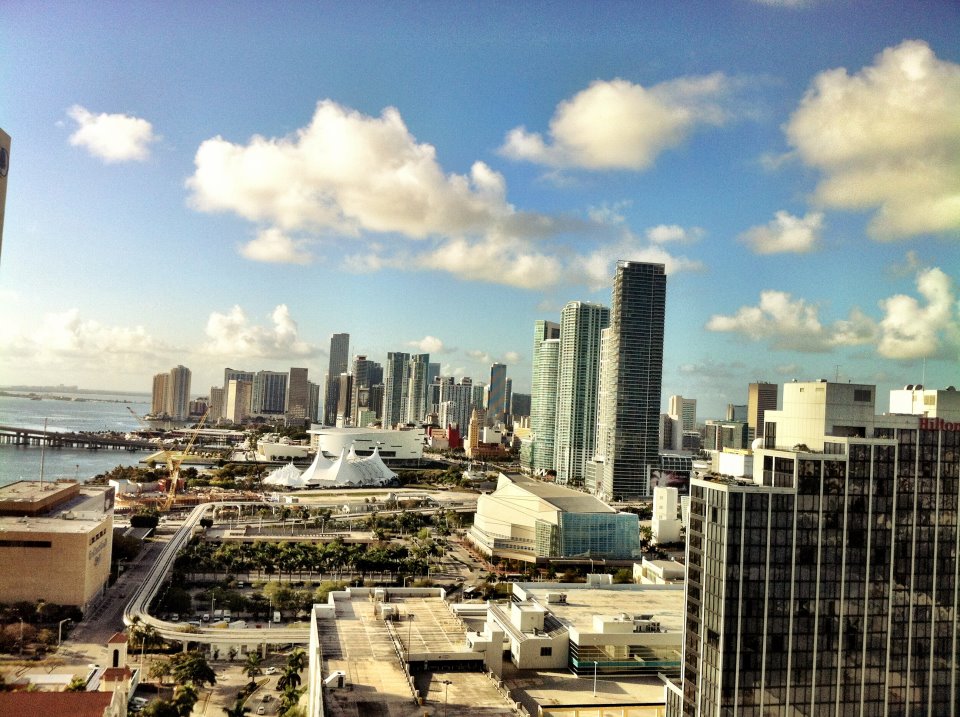 The Miami International Film Festival (MIFF), produced and presented by Miami Dade College, will integrate its program into the nightly fabric of South Beach and Wynwood by offering free public screenings of 20 short films in South Beach and Wynwood. The films will be projected on MIFF’s Festival Village Stage on Lincoln Road, in South Beach, and on Goldman Projects’ Wynwood Walls, in Miami’s Wynwood Arts District, from March 3rd-11th from 6 p.m. to 10 p.m.

“These screenings and events will help propel Miami’s growing film scene to the next level,” said Executive Director of Miami International Film Festival, Jaie Laplante. “South Floridians and visitors will experience the art of film in a new environment and we’re excited to introduce a new way of showcasing the diverse work of our talented 2012 filmmakers.”

In addition to the screenings, MIFF’s Festival Village will offer its visitors exclusive chances to meet Festival guests and photo opportunities with MIFF’s official photocall stage. The Village was made possible in part by the Greater Miami Convention & Visitors Bureau, in celebration of their declaration of March as the first-ever Miami Film Month, and the City of Miami Beach.

“We are truly excited with the launch of our first-ever Miami Film Month this March.” said William D. Talbert III, CDME, president and CEO of the Greater Miami Convention & Visitors Bureau. “It will be a celebration of all the amazing Film Festivals and Art Cinemas that call Miami home and will be modeled after our other highly successful programs such as Miami Spice and Miami Spa months.”

Goldman Properties Principal and Managing Partner Jessica Goldman Srebinick commented on the series of screenings at the outdoor art park, Wynwood Walls. “Since opening in 2009, Wynwood Walls has been an epicenter for the arts in Wynwood, a perfect setting for a variety of dynamic visual, musical and performing arts events. We knew when we first began planning this incredible venue that it would be a great place to screen films and we’re thrilled to be partnering with the Miami International Film Festival.

The following short films will be screened free, in random rotation, at various intervals on the nightly Wynwood Walls Screenings:

Art Is My Weapon (USA, directed by Andrea Maigre): An artistic montage of a struggling artist and her addiction to drugs.

Blind Spot (Canada, directed by Matthew Nayman): The observation of an ordinary man’s life and how small, innocuous things can serve to distract from the bigger picture.

Capone: The Rehearsal (USA, directed by Bob Giraldi): The infamous Al Capone confronts his demons in a twenty-five minute musical rehearsal.
Gentlefication: Season Finale, Here Comes the Neighborhood (USA, directed by Jenner Furst): The short-form docu-series filmed on location at Wynwood Walls explores the power of public art and innovation to uplift and revitalize urban communities.
Losing Sam (USA, directed by Xavier Manrique): As the clock ticks down to her wedding, Sam’s ex-boyfriend tries to reconcile with his bride to be.

Mancrush (UK, directed by Tony Hagger): Two guys bicker about which of them is better mates with their mutual friend, Dave.

Melt (USA, directed by Noemie Lafrance): Perched on a wall and wrapped in sculptural beeswax and lanolin, dancers progress in euphoria and exhaustion.

Mexican Cuisine (Spain, directed by Francisco Guijarro): In California, the state with the largest Latino immigrant community in the country, there is a cuisine that had a deeper meaning.

Oliver (USA, directed by Tatiana Ordonez): The marvelous relationship with man’s best friend as seen from the eyes of a dog.

Simiente (Colombia, directed by William Vega): The silence of living in a desolate wetland is strange for Ana as its presence.

Till Life Do Us Part (USA, directed by Jannelly Avelaine): A not-so-typical love story intertwining the past and future of relationships.

A University Horror Story (USA, directed by Chris Falite): The night of the Halloween party, a ghost is on the loose and sets its eyes on Christian and his friends.

Walt Disney Square (Brazil, directed by Sergio Oliveira and Renata Pinheiro): A “quasi-musical” approach to contemporary urban life in Brazil and many other cultures throughout the world.

Winter Frog (France, directed by Slony Sow) Benjamin sees his wife die in his arms following a long illness.
Miami International Film Festival (MIFF), celebrating its 29th edition on March 2-11, 2012, is considered the preeminent Ibero-American film festival in the U.S. The annual Festival, produced and presented by Miami Dade College, attracts more than 70,000 audience members and more than 400 filmmakers, producers, talent and industry professionals. It is the only major festival housed within a college or university. In the last five years, the Festival has screened films from more than 60 countries, including 300 World, International, North American, U.S. and East Coast Premieres. MIFF’s special focus on Ibero-American cinema have made the Miami International Film Festival a natural gateway for the discovery of Ibero-American talent. Additionally, the Festival offers unparalleled educational opportunities to filmmakers and the community at large. For more, visit miamifilmfestival.com or call 305-237-MIFF (3456).   Major sponsors of the 2012 Miami International Film Festival include: Lexus, John S. and James L. Knight Foundation, Miami Beach Visitors & Convention Authority, FPL, EGEDA, Downtown Development Authority of the City of Miami, Comcast, Miami New Times, The Historic Alfred I. Dupont Building, ABC Management Services, Screen International and the City of Miami Beach.  The official headquarter hotel of MIFF 2012 is The Standard Spa, Miami; and the Festival is produced with the support of the Miami-Dade County Department of Cultural Affairs and the Cultural Affairs Council, the Miami-Dade County Mayor and Board of County Commissioners.

Miami Dade College has a long and rich history of involvement in the cultural arts, providing South Florida with a vast array of artistic and literary offerings including The Miami Book Fair International, the Florida Center for the Literary Arts, the MDC Live! Performing Arts Series, The MDC Tower Theater Cinema Series, nine visual arts galleries including The Freedom Tower at Miami Dade College and the School of Entertainment and Design Technology, in addition to the renowned Miami International Film Festival. MDC is the largest institution of higher education in the country and is nationally recognized for many of its academic and cultural programs. With an enrollment of more than 174,000 students, MDC is the nation’s top producer of degrees. The college’s eight campuses and outreach centers offer nearly 300 distinct degree programs including several baccalaureate degrees. It has admitted nearly 2 million students since it opened its doors in 1960. More at mdc.edu.

Wynwood Walls. Wynwood Walls, Miami’s epicenter for cutting-edge museum quality urban murals debuted in 2009.  Goldman Properties’ Tony Goldman, a renowned community revitalizer, wanted to rejuvenate the warehouse district of Wynwood by creating a center where people would gravitate and chose the complex at NW 2nd Avenue from 25th-26th Streets, comprised of six separate warehouse buildings to serve as giant canvases for the greatest street art ever assembled in one place.  Murals by renowned artists debuted in conjunction with Art Basel in 2009.  In 2010, the adjacent Wynwood Doors, with 176 feet of roll-up storefront gates was added. With a selection of international artists that includes old school graffiti artists to the newest work being created today, the project has evolved into a true Museum of the Streets, with new murals and doors added in 2011 and ongoing projects planned for the future. The world-class murals and the spirit of the project attracts thousands of people to Wynwood Walls each year and it has become a popular site for musical concerts, poetry readings, film and video screenings and special events.

Greater Miami Convention & Visitors Bureau (GMCVB) is a sales and marketing organization. Its mission is to attract, encourage and induce all persons and organizations to visit Greater Miami and its Beaches for conventions, business and pleasure. Acting on behalf of its members, its interlocal partners and the citizens of Miami-Dade County, the GMCVB markets and promotes all segments of the community as a preferred destination. In furtherance of this mission, the GMCVB will support and encourage actions and programs that enhance the desirability and attractiveness of Greater Miami and its Beaches for its visitors.