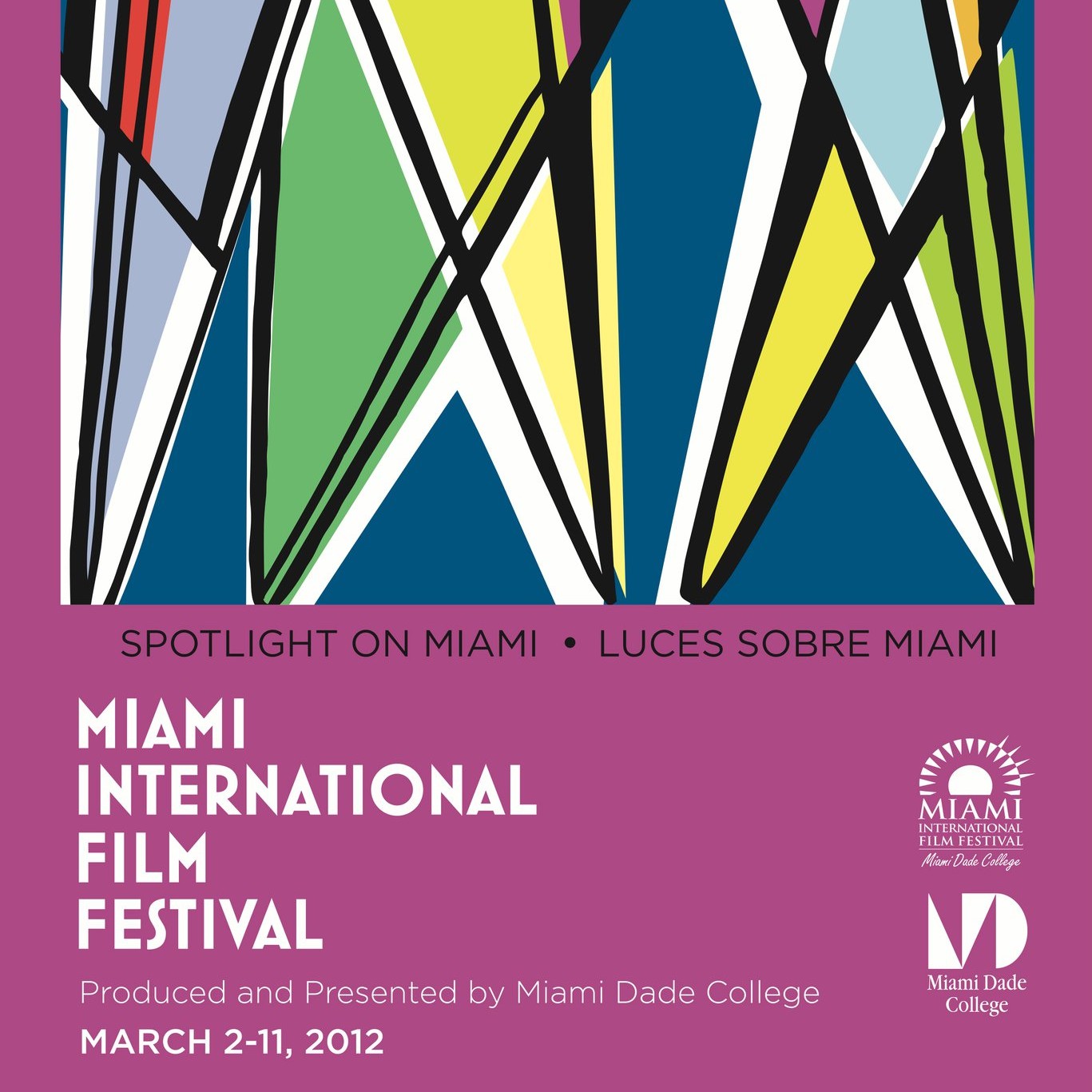 The Official Lineup of 29th Annual Miami International Film Festival (MIFF) of Miami Dade College (MDC) will include Star-Studded Premieres, Parties and and international film premieres that will make up the Festival’s showcase of more than 100 films from 35 countries during the 10-day event, which runs March 2-11, 2012.

There will be a special Tribute to Veteran Character Actor Robert Loggia before the World Premiere of Made-in-Florida “The Diary of Preston Plummer” and the Cuban Zombie Comedy “Juan of the Dead” Will Make Its Miami Debut.

On Friday, March 2nd, the Festival commences with its Opening Night Film, the World Premiere of Tom Gustafson’s musical tour-de-force Mariachi Gringo. The drama stars Shawn Ashmore (“Iceman” in X-Men) as a young man from Kansas who falls in love with the mariachi lifestyle, and travels to Guadalajara to prove that anything is possible. Ashmore and co-stars Academy Award nominee (Babel) Adriana Barraza and Mexican starlet Martha Higareda are expected to attend the premiere.   A gala party will be held following the screening at the historic Alfred I. Dupont Building, which will be transformed into a gigantic speakeasy with jazz musicians and dancers.  Patron will serve refreshing XO café cocktails and many of Miami’s best restaurants, including Altamare, 5 Napkin Burger and Meat Market, will offer delicious samplings.

The Festival’s Awards Night takes place on Saturday, March 10th before the screening of the U.S. Premiere of Chinese Take-Away. Winner of three Argentinean Academy Awards, including Best Picture and Best Actor, director Sebastián Borensztein’s touching fish out of water comedy stars Argentine superstar Ricardo Darín as a shopkeeper who takes in an illegal immigrant desperate to find his extended family. Darín, who starred in the 2010 Academy Award-winning film The Secret in Their Eyes, and Borensztein are expected to attend the premiere. The Festival will celebrate the award winners in all categories with an awards night wrap party at MDC’s historic Freedom Tower. The fete will include Ultimat Vodka “therapists” on hand to provide partygoers with a personal social audit via a social media application. Food stations will be catered by Hard Rock Café and desserts courtesy of First & First.

This year’s Festival will include films directed by:

This year’s Festival will include films featuring:

All directors of the Olympia Theater Galas are expected to be in attendance.

TRIBUTE TO ROBERT LOGGIA On Monday, March 5th, the Festival will celebrate the dynamic career of award-winning American actor Robert Loggia, prior to the World Premiere of Sean Ackerman’s made-in-Florida romance, The Diary of Preston Plummer.  Loggia, a veteran Hollywood character actor and 1985 Academy Award nominee for Jagged Edge, is well-loved by Miami audiences for his role as Frank Lopez in Brian de Palma’s classic Scarface, and has made many more memorable appearances in films such as Big, Independence Day, Prizzi’s Honor, Lost Highway, An Officer and a Gentleman and HBO’s “The Sopranos”.

4 World Directors to Watch: a showcase of films by up-and-coming filmmakers hailing from the four corners of the globe. The category introduces Miami audiences to significant young talents working in Asia, South America, Europe and the Middle East. The lineup includes:

Spotlight on Québec Cinema: On the heels of MIFF’s 2011 hit screening of Incendies, the Festival is proud to debut four new masterpieces from the Canadian region.

Films for Youth: Created to broaden the horizons of young moviegoers and families, the Festival confirms two international films.

Cuba ³:  Three dynamic visions of contemporary Cuban life are depicted in this category about the controversial island regime.

Mayhem: Suspenseful genre thrillers intended to keep you on the edge of your seat. The three titles in this category include:

Miami Mavericks: Prolific in-depth conversations with filmmakers about their bourgeoning careers, film and industry.  This section will Feature an extended in-person session with Timothy Greenfield-Sanders about his film About Face.

Featuring a fascinating and provocative collection of new works from world renowned filmmakers, this year’s documentary films cover the world of photography, fashion, sports, entertainment, arts, music and world affairs. Ten titles will compete for a $10,000 John S. and James L. Knight Foundation Award to be selected by a Grand Jury.

“Doc makers never cease to amaze us with the incredible stories and characters they capture,” said MIFF Senior Documentary Programmer Thom Powers. “These 10 films cover the gamut of emotions and expand our sense of wonder.”

The ten films in the Knight Documentary Competition:

Additionally, MDC’s Art Gallery System has scheduled an exhibit of Jean Marc-Calvet’s work to coincide with the premiere of the film Calvet at MDC’s historic Freedom Tower, and Calvet is scheduled to attend in person.   As well, Italian architect Roberto Gottardi, one of three architects to have created Cuba’s National Art Schools, is expected to attend the screenings of Unfinished Spaces.   More details will be released at a later date.

CINEMA 360 & DOC-YOU-UP With a long-standing tradition of introducing some of the finest films from up-and-coming and established filmmakers from around the globe, the Festival will present more than a dozen international titles, in the popular non-competition categories of Cinema 360 and Doc-You-Up.  With films hailing from Iran, France, Belgium, Italy, Netherlands, Norway, Germany, Denmark, China, to name a few, highlights from the category include:

MIFF FESTIVAL VILLAGE The Festival Village is a new high-profile integration of its program into the fabric of daily life in South Beach, offering the public free screenings of short films on Lincoln Road, interactive activities, chances to meet Festival guests and a Festival stage for photo opportunities.   The Village was made possible in part by the Greater Miami Convention & Visitors Bureau, in celebration of their declaration of March as the first-ever Miami Film Month, and the City of Miami Beach.

“These screenings and events will help propel Miami’s growing film scene to the next level,” said Laplante. “South Floridians and visitors will experience the art of film in a new environment and we’re excited to introduce a new way of showcasing the diverse work of our talented 2012 filmmakers.”

“We are truly excited with the launch of our first-ever Miami Film Month this March.” said William D. Talbert III, CDME, president and CEO of the Greater Miami Convention & Visitors Bureau. “It will be a celebration of all the amazing Film Festivals and Art Cinemas that call Miami home and will be modeled after our other highly successful programs such as Miami Spice and Miami Spa months.”

FLORIDA FOCUS, FROM THE VAULT and CINEMASLAM An annual celebration of made -in-Florida films and Florida filmmakers, the program’s overall objective is to provide local producers and filmmakers an important and essential opportunity to exhibit their talents to a proud local audience. This year’s lineup includes The Diary of Preston Plummer, filmed in Florida’s Amelia Island, as part of the Olympia Theater Gala series, and the world premiere of Joshua Dragge’s Born & Raised, filmed in Panama City, FL.

MIFF’s traditional From The Vault returns with an iconic Florida documentary first released in 1986, the Maysles Brothers’ Islands. A fascinating look into Christo and Jeanne-Claude’s 1983 project, Surrounded Islands, which wrapped 11 islands of Biscayne Bay in pink fabric for 2 weeks with the help of 430 workers.  The last surviving director of the documentary, Albert Maysles, will travel to Miami to discuss the making of the film and his memory of the project from nearly 30 years ago.

As previously announced, showcasing the works of college-level auteurs in south Florida, the premiere student-film competition CinemaSlam returns and will crown the best made-in-south Florida short film created by undergraduate and graduate-film students attending five of the region’s collegiate institutions.  Voting commenced on January 3rd and will run through January 27th, the public will be able to help select the three finalists from each school by visiting www.miff.openfilm.com and rating/voting for their favorite films. Three films from each school will be selected as “CinemaSlam” finalists in an American Idol-style voting contest, with 50 percent of the score determined by online public voting and 50 percent determined by a select group of faculty member judges. The awards will be presented during the Festival at a special ceremony.

Once again, music meets film at the Festival, this year in an entertaining trio.  The three film program consists of:

The provocative Cutting The Edge program, featuring international films that push the boundaries of cinematic expectations, will include the Greek title Alps from Academy Award-nominated director Giorgos Lanthimos (Dogtooth), and from Code Blue from The Netherlands, by director Urszula Antoniak, known to MIFF audiences from her 2010 MIFF appearance with her film Nothing Personal.

Note: Since the official announcement, the Festival has confirmed the International Premiere of 180 Seconds (180 segundos) to its Lexus Ibero-American Opera Prima Competition

“The new vision for this year’s Ibero-American competition signals the increasing quality and diversity in films from the region, as well as the consolidation of the careers of many of Ibero-America’s most talented filmmakers and the emergence of new, distinctive voices,” added MIFF’s Senior Ibero-American Program Consultant Diana Sanchez.  “It also signals MIFF’s continuing dedication to films from Latin America, Portugal and Spain, by creating a vibrant competitive section where the films will have a chance to be appreciated and lauded by Miami audiences.”

The Festival’s Industry Program will offer a new service at the 2012 Festival, the MIFF Ibero-American Digital Marketplace (IADM), featuring a curated selection of new films and works-in-progress only available to buyers, sales agents, exhibitors, programmers and other industry professionals officially registered with the Festival.   For more information, visit http://www.miamifilmfestival.com/industry/default.aspx

It’s exciting to introduce audiences to films filled with provocative and dynamic educational topics,” notes Miami Dade College President Dr. Eduardo J. Padrón. “As a whole, the program makes bold statements about the world we live in and challenges audiences to think about our changing world.”

“Now in our 29th year, it’s exciting to see MIFF’s reputation, as an influential and unique player among U.S. and international film festivals, become stronger and stronger,” said MIFF Executive Director Jaie Laplante. “The Festival has emerged as key indicator of the health and creativity of the film industry. The significant quality of the films in and out of competition proves it will be an exciting year for film lovers.”

The Festival will additionally offer industry professions, students and the community at-large access to the latest news about film industry production, business development trends and networking opportunities. Included in the 2012 program will be Janet Lyons and Mike Campbell’s presentation “How To Turn Small Movies Into Big Box Office Success”, featuring a case study of their recent success consulting for FilmDistrict on the release of 2011’s box office hit Insidious.  More information on seminars and classes will be listed on MIFF’s website as they are confirmed.