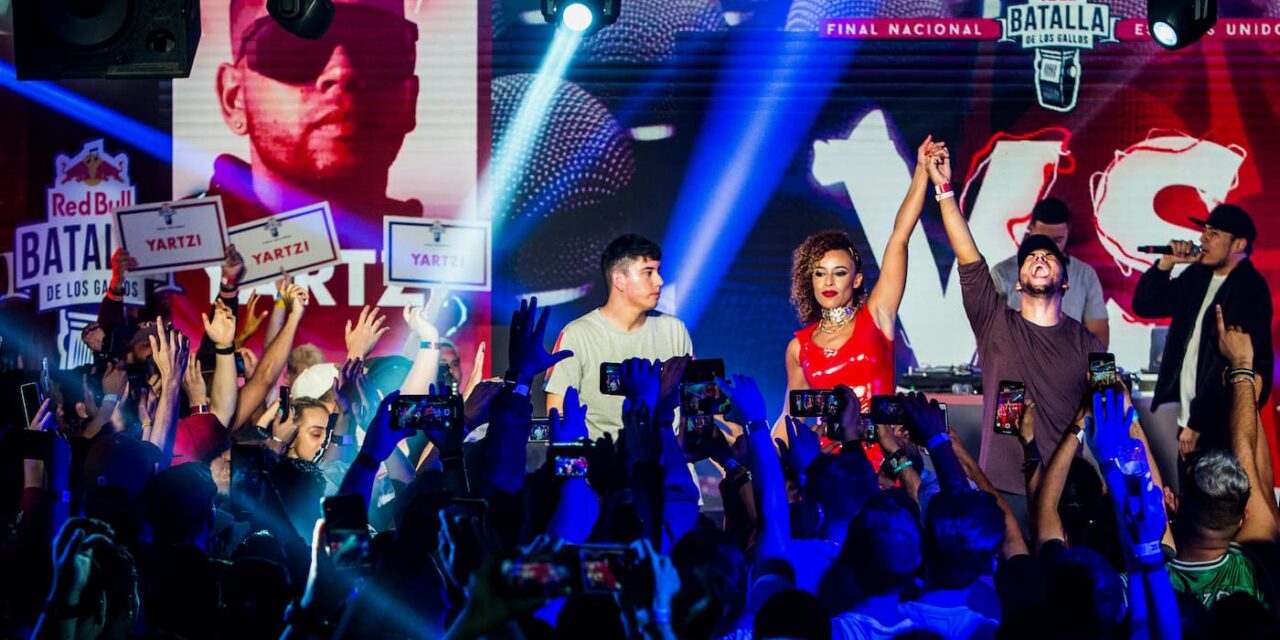 Red Bull Batalla, the world’s largest Spanish-language freestyle competition, will host a Last Chance Cypher event on Saturday, September 24, at UNKNWN in Wynwood, Miami. The winner of the event will go on to fill the 16th and final space at the US Finals of Red Bull Batalla.

In recent years, Red Bull Batalla has become the most important international improvisation battle event that unites the countries of Latin America and Spain. Fans will witness 16 finalists MCs come face-to-face for a chance to be crowned National Champion and represent the USA at the International Final in Mexico City.

The Last Chance Cypher will feature some prominent Red Bull Batalla Ambassadors and MCs – including last year’s US Champion, Reverse, as well as Nico B and El Dilema.

The Last Chance Cypher is $10 to enter – but the entrance fee also covers entry to the US Final event at Soho Studios on October 8th in Wynwood, Miami. Doors open at 5 PM and the battles begin at 7 PM.

MC’s interested in the last slot must register online here or show up in person. MC’s will be paired up at random and a bracket-style competition will be executed as MC’s signup. Food trucks and other vendors will be on-site to round out the festivities.

This is the third time the Red Bull Batalla US Final is in Miami. During the final, MCs will compete with the three returning finalists from 2021 — Reverse, McBetho, and MC Eckonn. ‘Reverse,’ who is the reigning US Batalla Champion and the local Florida MC powerhouse, returns this year to defend his title. Five of the MCs are either from Florida or currently reside there.

This year, the Red Bull Batalla Last Chance Cypher falls on Hispanic Heritage Month. What better way to celebrate and amplify Hispanic talent than with these incredible artists showcasing their Hispanic roots? Both amateur and established rappers aim to showcase their freestyle skills in a rap battle setting.

Red Bull Batalla has upleveled various careers in the music industry, with previous MCs like Yartzi writing for Jowell y Randy after winning the US Final. Other relevant MCs like Arkano have gone on to launch music careers and are returning to Red Bull Batalla in supporting roles. Arkano will debut his new single at the Red Bull Batalla US Final on October 8.The Last Chance Cypher at UNKNWN will grant one person the opportunity to take their career to the next level of success.