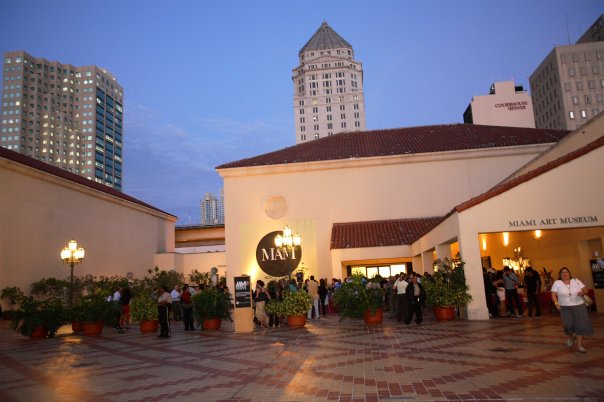 As part of its commitment to serving the greater Miami community and in anticipation of its move to a new and expanded facility, Miami Art Museum has redoubled its efforts to build its collection of great works of art for the public to enjoy—and has received a challenge grant of $1 million from the Helena Rubinstein Philanthropic Fund at The Miami Foundation to support this process.

Beginning Friday, February 17, 2012, the museum will present a selection of these newly acquired works in the exhibition, Restless: Recent Acquisitions from the MAM Collection. Highlights include works by modern and contemporary masters such as Morris Louis and Fred Wilson, and emerging artists such as Nicolas Lobo, George Sánchez-Calderón and Lynette Yiadom-Boakye. The exhibition will remain on view through Sunday, May 13, 2012. An exhibition preview and Artist Talk by Dara Friedman will be held Thursday, February 16, 2012, 6-9pm.

“This installation provides another perspective on the museum’s continued growth into a civic asset for future generations of South Florida residents and visitors,” said MAM Director Thom Collins. “At the same time, the generous support from the Helena Rubinstein Foundation underscores the importance of our continued focus on building the museum’s collection. With the construction of our new facility at Museum Park well underway, and our capital campaign at 75 percent of our goal, it is an opportune moment to make visible this equally important area of museum activity.”

The gift to Miami Art Museum from the Helena Rubinstein Philanthropic Fund at The Miami Foundation is designated as a challenge grant toward the purchase of contemporary art and requires a one-to-one match. The funds will be released in $250,000 installments annually or sooner, pending match timing.

“At the heart of an art museum is its collection, an area in which the Miami Art Museum has tremendous opportunity to grow in ways that are commensurate with the extraordinary building now under construction,” said Diane Moss, former President and Chief Executive Officer of the Helena Rubinstein Foundation and a member of the board of trustees of Miami Art Museum. “It is my hope that this gift will enable new acquisitions and encourage others in our community to contribute to and nurture the growth of this collection.

The gift was one of the last made by the Foundation before it ceased operations at the end of 2011. Over its nearly 60 year history, the Foundation distributed more than $130 million, primarily to education and community-based organizations. However, the Foundation has also had an interest in supporting the arts, a reflection of the founder’s own interests in art and her connections with artists such as Salvador Dalí, Pavel Tchelitchew, and Marie Laurencin.

The point of departure for Restless: Recent Acquisitions from the MAM Collection is the video installation Dancer (2011), by Dara Friedman, which was co-produced by Miami Art Museum. The artist sent out a casting call for dancers of varied styles and genres, and filmed over 60 of them as they performed self-choreographed moves at various public locations throughout Miami, from busy South Beach streets to the rooftops of downtown buildings. As the dancers interrupt the normal flow of the urban milieu that surrounds them, they provide a poetic metaphor for the liberating potential of artistic expression.

The lyrical power of aesthetic experience is equally evident in two major paintings by Morris Louis–Circum II (1959-60) and Delta Eta (1960)–both gifts of the estate of the artist’s widow, the Marcella Brenner Revocable Trust. Measuring nearly 12 and 20 feet wide respectively, the works bear a sense of spatial depth and ethereal lightness that belies their monumental scale.

Also on view are several works that the museum recently purchased through the MAM Collectors Council. In Restless 20 and Restless 21 (which lend their titles to this display), Iran do Espirito Santo makes use of the physical space of the gallery to create a startlingly ambiguous perceptual encounter using planes of mirrored and frosted glass. Ernesto Neto’s Cai Cai Marrom (2007) is a large-scale sculptural installation consisting of a wooden armature from which nylon appendages stuffed with aromatic spices are suspended. The work centers on the body, evoking biological forms while providing a burst of sensorial stimulation. Robin Rhode’s stop-action digital animation Requiem for a Pavilion of Silence (2010) features a figure wearing an East German military uniform who paints multiple stenciled images of the Rietveld-designed “Berlin” chair on a wall behind him, sequentially creating the illusion of an imaginary “pavilion” that seems to both shelter and oppress him.

The presentation also features Fred Wilson’s Addiction Display (1991), which uses the visual language of natural history exhibits to draw a parallel between two sites in Colombia—one that has generated archeological artifacts and one associated with illegal drugs; together Wilson’s references create a tacit critique of the selective ways in which the cultural “Other” tends to be represented within Western institutional contexts.

Restless signals the special role played by the local art community in the development of the MAM collection through the inclusion of works by Nicolas Lobo and George Sánchez-Calderón, among several other Miami-based artists. Both artists address local urban space in different ways. Lobo’s Terrazzo Glide Slope, a purchase made with funds provided by MAM’s Young Collectors Council, is a sculptural representation of the invisible, V-shaped air routes that are traveled by airplanes unceasingly overhead as they depart from Miami’s airport. Sánchez-Calderón’s Swimming Pool Falla, donated by Liza and Dr. Arturo Mosquera, is a set of nine gold-foil “drawings” created with the use of fire. The work makes reference to Ed Ruscha’s landmark 1968 photoessay Nine Swimming Pools (which is also in the MAM collection), extending Ruscha’s critique of South Californian urban development patterns to Miami’s own evolving cityscape.

Miami Art Museum
Miami Art Museum, a modern and contemporary art museum located in downtown Miami, FL, is dedicated to collecting and exhibiting international art of the 20th and 21st centuries with an emphasis on the cultures of the Atlantic Rim—the Americas, Europe and Africa—from which the vast majority of Miami residents hail. Miami Art Museum’s educational programming currently reaches more than 30,000 children and adults every year, with the largest art education program outside the Miami-Dade County Public Schools. The new Miami Art Museum in Museum Park, designed by Herzog & de Meuron, is scheduled to open to the public in 2013. The new facility will provide room to showcase growing collections, expanded exhibition space to bring more world-class exhibitions to Miami-Dade County, and an educational complex. For more information about Miami Art Museum, visit miamiartmuseum.org or call 305.375.3000.