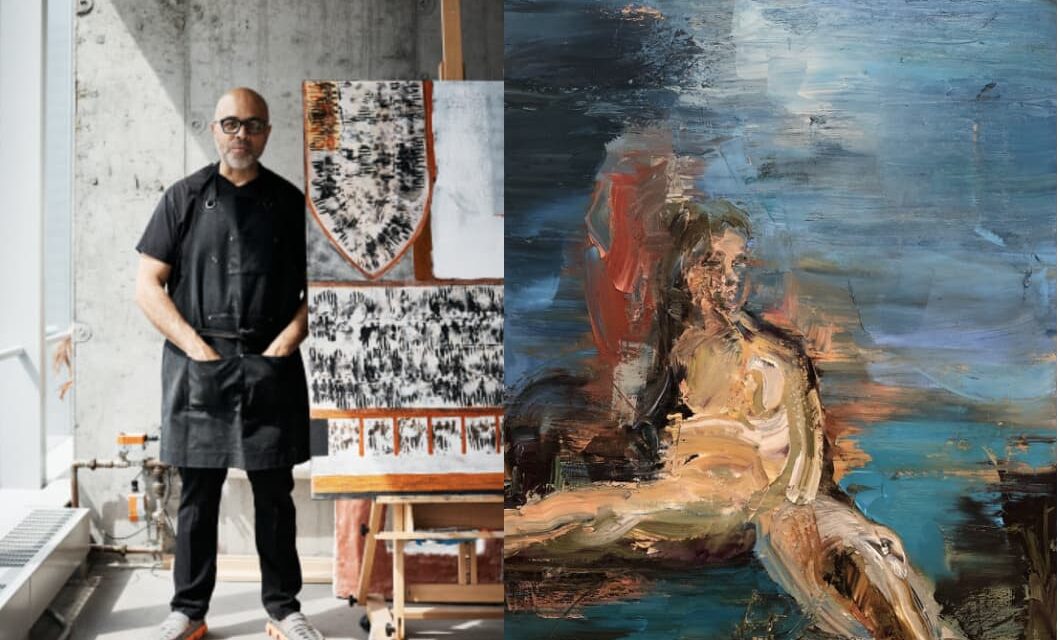 Panel discussion and brunch:
Wednesday, November 30 from 11am- 2pm

Chelsea-based Malin Gallery is pleased to present the group exhibition, in partnership with Silver Art Projects and Art for Justice, Anthem X curated by artist Jared Owens, during Miami Art Week 2022. Located in Wynwood, the exhibition features artworks by 42 innovative artists each working from a singular perspective. The artists included represent some of the most promising artistic voices of now and the future. The exhibition foregrounds the work of an intergenerational cohort of artists excavating the sociocultural terrain in bracingly novel and radical ways. Working in a diverse array of media, the artists in Anthem X employ revolutionary approaches to reformulating personal and collective identities within the American context. The artists in this exhibition are united in their desire to amplify voices that counter past societal omissions and negations — to inspire as yet unknown anthems that speak to the power of previously obscured histories. The multiplicity of their perspectives cannot be reduced to a singular narrative or origin story; hence, Anthem X. A portion of sales from Anthem X will go to support the Right of Return USA Fellowship, co-founded by two exhibiting artists in the show, Jesse Krimes and Russell Craig. Right of Return is the only artistic fellowship that exclusively supports formerly- incarcerated artists.

The organizing principle for Anthem X was inspired by Ada Limón’s poem A New National Anthem, which addresses the racism and violence imbued within The Star Spangled Banner, most overtly in its rarely-sung third stanza, and calls for an entirely new type of anthem. Limón highlights how the National Anthem has been redacted over time, yet retains searing elements of its racist origins — paralleling the ways in which orthodox accounts of American history have attempted to expunge the persistence of racism and exclusivity in American society. Limón strips the National Anthem of its sacred character and calls instead for a new anthem, both more inclusive and less bellicose.

…And what of the stanzas
we never sing, the third that mentions “no refuge could save the hireling of the slave”? Perhaps, the truth is, every song of this country
has an unsung third stanza, something brutal snaking underneath us as we blindly sing…

Written during the War of 1812 by the young Francis Scott Key, an ardently pro-slavery lawyer and amateur poet, The Star Spangled Banner was considered controversial even in the early 19th century. It took more than a century before it was adopted as the “National

Anthem.” The most troubling portion of the song is its third stanza, with which few Americans are familiar:

No refuge could save the hierling and the slave From the terror of flight or the gloom of the grave, And the star spangled banner in triumph doth wave O’er the land of the free and the home of the brave.

Notably, The Star Spangled Banner was only elevated to the status of “National Anthem” during the era of reconstruction, when attempts were made to codify racism in the nation’s laws and culture, with the erection of confederate memorials around the country, the imposition of Jim Crow laws and the emergence of the KKK as a significant force in national politics.

As if to amplify Limó n’s call to action, the artists in this exhibition make manifest obscured or negated histories and truths — united in their desire to reveal what is “snaking underneath us” — and create as yet unsung anthems. Jared Owens, the exhibition’s curator explains:

For Anthem X, I selected artists whose practice has a foundation in social commentary and activism. Many of the participants are artists whom I have personally befriended during my time as a fellow at Silver Art and through studio visits and other associations. As a formerly incarcerated artist, I wanted to include examples of some of the stunning work being produced by other formerly- incarcerated artists. However, it was of great importance to me to show the work of formerly-incarcerated artists alongside that of other artists who have not had involvement with the criminal justice system. I also want the exhibition to

illuminate some of the intersecting networks of affinities that are a vital outcome of the residencies, studio programs and informal communities that sustain many artists today. Moreover, I hope that the show will facilitate creative cross pollination between the artists from these intersecting networks. My intent is to foster a deep dialogue among the participants that moves us towards a new, radically inclusive and forward looking “anthem.”

Anthem X will host a brunch and panel discussion moderated by Dominic Willsdon from Virginia Commonwealth University and featuring panelists Jesse Krimes, Russell Craig, Helina Metaferia, Danielle Scott, Michael Coppage, and Daniel T. Gaitor-Lomack on Wednesday, November 30 from 11am – 2pm. Following the panel discussion, there will be a musical performance by Xavier Hadley.

Providence, RI. Owens participated in Rendering Justice at the African American Museum of Art, Philadelphia, PA (2021); The O.G. Experience in partnership with HBO and SOZE, New York, NY (2019); Made in America: Unfree Labor in the Age of Mass Incarceration at Hampshire College, Amherst, MA (2017); Black Bone: 25 Years of the Affrichalian Poets at Morian Gallery, Lexington, KY (2017). Based in Charleston, SC, from 2015-2021, Owens showed at the Mitchell Hill Gallery. His 2015 exhibition was part of the annual Spoleto Arts Festival. Owens!#first-ever public exhibition, a joint show with artist Jesse Krimes, was shown at Little Berlin Gallery, Philadelphia, PA, while both artists were still incarcerated.

About Malin Gallery
Founded in 2015 by Dr. Barry Thomas Malin, Malin Gallery (formerly Burning in Water Gallery) is a New York-based contemporary art gallery that actively represents a diverse roster of artists. Its curatorial program combines exhibitions by represented artists as well as historically oriented shows, particularly of work by previously under-recognized artists. The gallery#s progressive approach to curation has earned it a reputation in both introducing and re-introducing important artists to New York audiences.

About The Art for Justice Fund
The Art for Justice Fund was founded in 2017 by Agnes Gund in partnership with Rockefeller Philanthropy Advisors and the Ford Foundation to end mass incarceration in the United States and the racism that drives it. The initiative, which will conclude in 2023, has already disbursed close to $100 million to radically reimagine and build a future of shared safety for all. To date, Art for Justice has made grants to 200-plus artists, advocates and organizations that are transforming the criminal legal system.