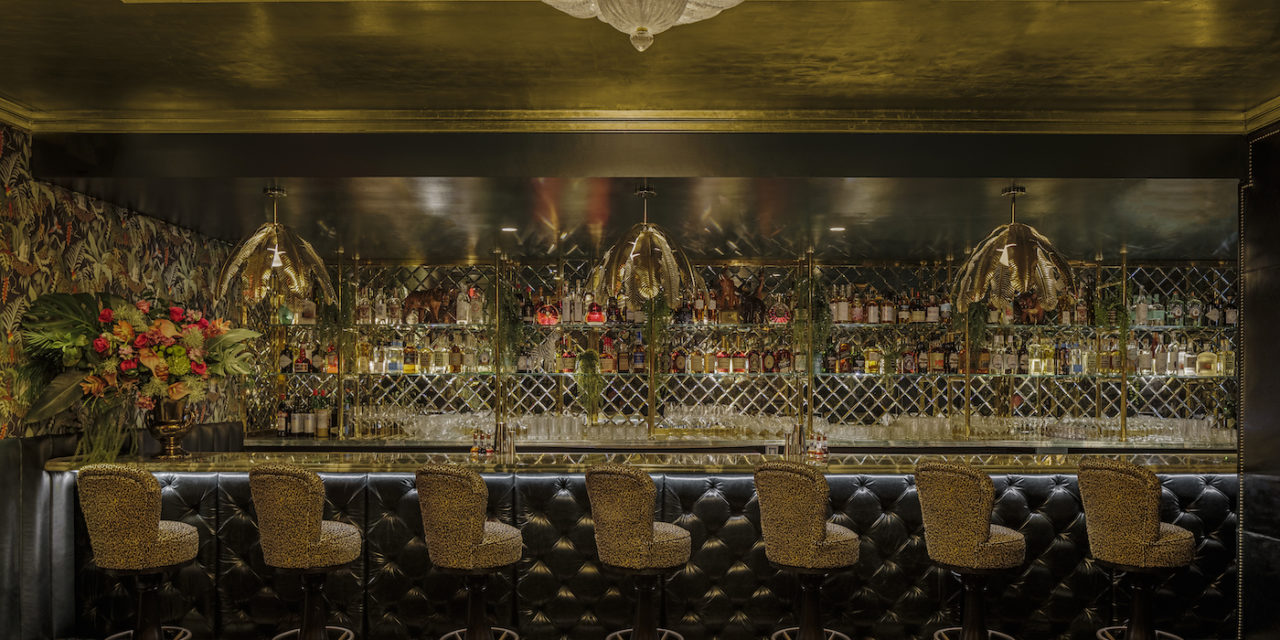 Major Food Group (MFG), the globally acclaimed hospitality brand that has taken Miami’s restaurant scene by storm, will soon unveil its first-ever project in Brickell, Dirty French Steakhouse, a glamorous, energetic, and extraordinary interpretation of the classic steakhouse. Located at 1200 Brickell Avenue, the restaurant welcomes guests beginning April 29th and is poised to become one of the most celebrated and sought-after steakhouses in America.

This new steakhouse from MFG Co-Founders Jeff Zalaznick, Mario Carbone, and Rich Torrisi breathes new life into the storied genre while remaining true to its history. The expertly conceived menu combines the finest meat and fish, sourced from the world’s most esteemed purveyors, with French influences and an irresistible flair for bold flavors. Dirty French Steakhouse offers everything one would expect to find at a steakhouse of the highest caliber—abundant raw bar selections, elegant seafood entrées, indulgent aged steaks, and an array of amazing sides—all executed to perfection, with a dose of Dirty French style that makes them more satisfying and seductive than ever. Complementing these steakhouse essentials are thrilling takes on classic French preparations, including a Dover Sole Meunière to share served tableside, the best Duck à l’Orange in the country, and a stunning Soufflé program. Dirty French Steakhouse is the culmination of MFG’s decade-long search for the very best ingredients and reflects the mastery honed during that journey, which includes the opening of their American chophouse The Grill in New York City, now widely considered an icon.

But this Dirty French Steakhouse concept and its 80s-era swagger could only exist in Miami. The opulent, playfully irreverent, and entirely transportive space consists of numerous dining rooms, each boasting its own dazzling aesthetic. Masterfully brought to life by longtime MFG collaborator Ken Fulk for maximum lavishness, the atmosphere nods to the neon glitz of the Magic City as well as the sumptuous elegance of legendary institutions like Maxim’s of Paris. Throughout the experience, guests can expect polished hospitality from charismatic service captains dressed in custom-designed pink tuxedos, a range of celebratory dishes prepared tableside, and an intoxicating spirit of sophisticated decadence. Worth a visit alone is Dirty French’s 700-plus-bottle wine list, which took several years to build and is as remarkable as any in the United States.

MFG now operates a portfolio of over 30 restaurants, bars, private clubs, and hotels spread across the globe. At the beginning of 2021, the company embarked on a groundbreaking run of restaurant openings in South Florida, including CARBONE and HaSalon on Miami Beach, ZZ’s Club in the Miami Design District, and Sadelle’s in Coconut Grove. Among the company’s many forthcoming projects is MAJOR., a residential tower just down the road from Dirty French steakhouse at 888 Brickell Avenue. Upon completion, the development will be the tallest building of its kind in Miami.

“After making this paradise home, we realized that there was a tremendous opportunity to bring a sensational steakhouse to Brickell in true MFG fashion—a sophisticated, contemporary, high-energy culinary blockbuster fit for the most exciting city in the world today. It simply does not get any more major than Dirty French Steakhouse, which is the beginning of a series of big projects in the neighborhood.” MFG Co-Owner Jeff Zalaznick tells The Miami Guide.

CULINARY
At the heart of Dirty French’s expansive menu is its collection of Prime Aged Steaks, beginning with Filet Mignon, Ribeye, and New York Strip, which can be paired with a variety of sauces, from Au Poivre to Cajun. There are two options to share: a 40-ounce Porterhouse and a Wagyu Tomahawk. Several prized off-menu cuts of beef will also be available on a nightly basis.

Soup & Salad consists of options ranging from a Caviar Vichyssoise to the Dirty French Wedge. These lead the way to the steaks, as well as Seafood entrées, like a delicate Bass Citron with a Thai Basil Pistou, and Chops & Birds, where guests will discover such preparations as a Pork Chop with Apple Brandy Sauce and the aforementioned best Duck a l’Orange in America. Last but certainly not least is Dirty French’s spit-roasted Prime Rib—gently cooked to a luxurious texture and presented on a trolly and carved tableside—following a technique MFG perfected at The Grill in New York City. It may very well be the finest example of a prime rib in the world.

For Dessert, soufflés from MFG’s celebrated pastry chef Stephanie Prida are sure to be a star, as are several items flambéed tableside.