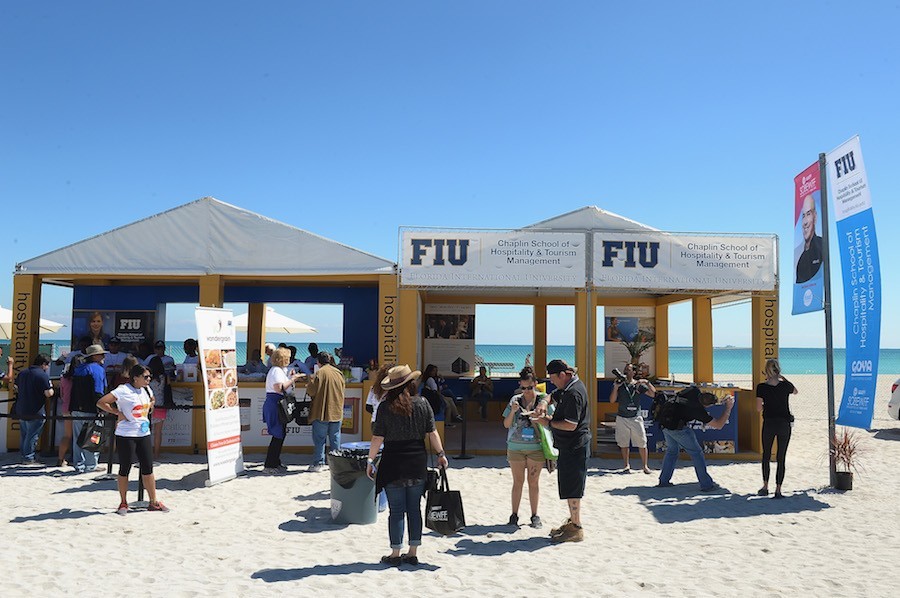 On Saturday, February 23, GRAMMY® Award-nominated artist Cassadee Pope and popular band Lukas Nelson & Promise of the Real will take center stage at the Festival’s signature Coca-Cola Beachside BBQ presented by The National Pork Board hosted by Guy Fieri.  In addition to sipping on libations and savoring carnivorous creations from more than 30 of the nation’s top grill maestros and pitmasters, Pope, the first female winner of NBC’s The Voice, and Nelson, co-producer of the music for the film A Star is Born, will treat attendees to a live performance of their pop and country-rock hits.

Wildly popular musician and mogul DJ IRIE, who is recognized for his continuous support of a variety of local and national non-profit organizations, will provide the high-energy beats at two Festival events.  These include:

GRAMMY® Award-winner and 90’s icon Rev Run will bring the beats to a returning Festival favorite Midnight Eats: An Española Way Block Party hosted by Bar Lab, Debi Mazar and Gabriele Corcos.  Taking place on Saturday, February 23, this late-night soiree will take over the charming, pedestrian-friendly corridor known as Española Way in the historic Art Deco part of South Beach.  Featuring midnight bites from the restaurants that call the coveted respite home and specially crafted cocktails from the masterminds at Bar Lab, this party has all of the ingredients to create a great night out on the town.

On Sunday, February 24, the Festival signature daytime tasting on the beach will include two featured musical experiences throughout the event.  The Goya Foods’ Grand Tasting Village featuring Mastercard Grand Tasting Tents & Publix Culinary Demonstrations sponsored by Sub-Zero Group Southeast will delight attendees by adding music from Nu Deco Ensemble, an eclectic chamber orchestra designed for the 21st Century based out of Coral Gables, FL, to the event.  As attendees sip on wines and libations from more than 80 suppliers from the Southern Glazer’s Wine & Spirits portfolio and nosh on tastings from more than 55 restaurants, they will also enjoy the return of the featured David Grutman Experience throughout the day.  Curated by the nightlife and hospitality leader himself, this 360-experience will include interactive activations and high-energy beats.  The David Grutman Experience will be hosted by Ludacris with top DJ’s on-site, including a set by wildly popular artist and producer Cedric Gervais as part of the experience.

EAT. DRINK. EDUCATE.  All proceeds from the Festival benefit the Chaplin School of Hospitality & Tourism Management at Florida International University.  Tickets to these events and more are available online at sobewff.org or by calling 877.762.3933 (Phone sales are open Monday – Friday, 9:00 AM – 5:00 PM EST).  To date, SOBEWFF® has raised more than $28 million to support the education of the future leaders of the hospitality industry.