Get Ready for Miami Music Week 2022 Events and Parties 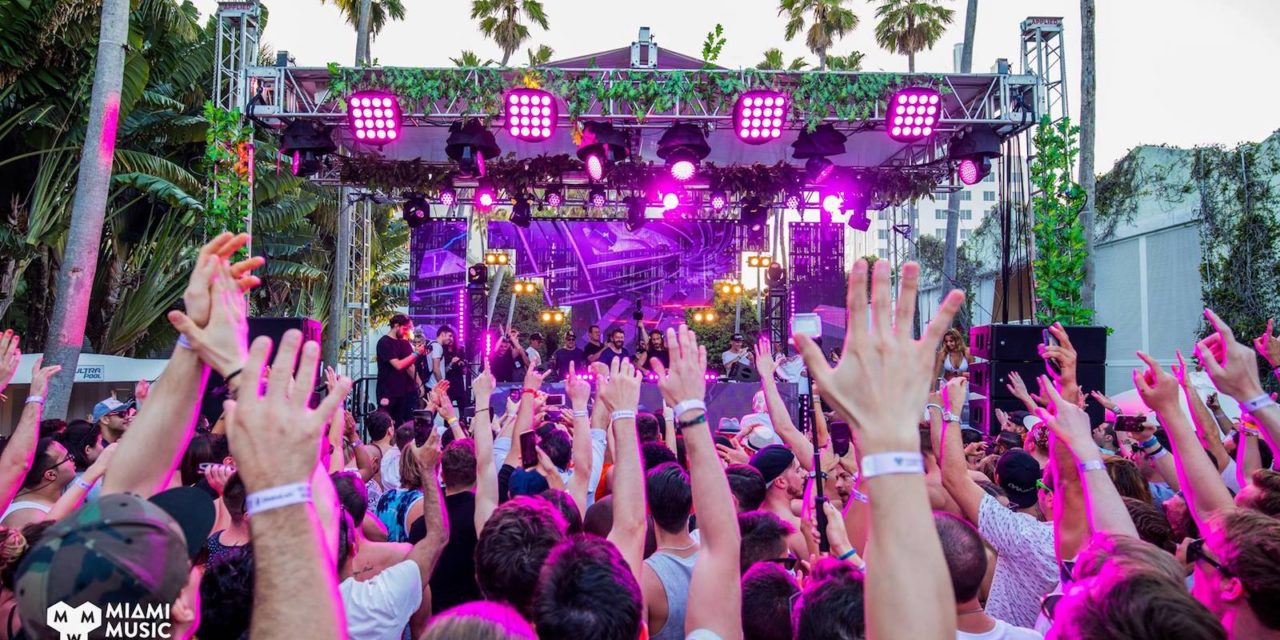 Miami Music Week, one of the world’s most recognized electronic music events, returns March 22-27, 2022. Every year, hundreds of thousands of people from across the globe descend on Miami during the last week of March as the city transforms itself into a dance music paradise. Now in its tenth year, the MMW brand unifies events in the city as every venue opens its doors for a week long marathon of parties that collectively feature almost every major artist in the electronic dance music scene.

The grand finale of Miami Music Week is known as the world’s premier electronic music festival, Ultra Music Festival. Over the course of 3 days, this award winning event is attended by 165,000 fans representing 90 countries and serves as the perfect conclusion to this week of amazing music.

While the festivities at Ultra will be going from Friday through Sunday, venues across Miami are celebrating music all week long. From pool parties, outdoor concerts and raves, there is no shortage of events to attend this year.

The iconic, wildly imaginative Masquerade Event is returning to Miami Music Week for yet another thrilling edition. This time, The Masquerade will take place at Miami’s prestigious Hyde Beach & SLS South Beach venue on March 23, 2022. Attending this year’s Masquerade at Miami Music Week is a must, featuring a rare set from Fatboy Slim, a Miami favorite and legend behind the decks.

SLS South Beach is excited to announce its three-day musical lineup for the return of Miami Music Week, March 22-27, 2022.  One of the world’s most recognized electronic music events, Miami Music Week brings hundreds of thousands of people from across the globe to the Magic City, which transforms itself into a dance music paradise.

An array of premium seating is available at Hyde Beach and the SLS Main Stage, including backstage options, tables, daybeds and cabanas.  You also don’t want to miss the VILLA SKY BOX, the most exclusive VIP option with a main stage view settled inside of one of SLS South Beach Luxurious Villas, featuring a personal butler, premium bottle service, and the ultimate luxury.

Doors open for all performances at 12pm – 11pm. Click here for current ticket and table prices. For all table inquiries, please contact Hyde.SouthBeach@sbe.com or 305.455.4990.

Diplo may well be the most recognizable DJ out there, even for those who aren’t educated in dance music. His record label, Higher Ground, will host this party at Space Park that promises both established and up-and-coming artists in the booth — and yes, Diplo himself. With Blond:ish, DJ Holographic, LP Giobbi, Durante, and Monoky. 5 p.m. Thursday, March 24, at the Space Park, 300 NE 61st St., Miami. Tickets cost $20 to $60 via eventbrite.com.

Calling all deep house lovers, Black Coffee is kicking off Miami Music Week with an exciting performance at Club LIV Miami. With the perfect music to dance the night away, this performance is setting yourself up for a weekend of good music.

Carnage is bringing all the energy to E11EVEN Miami to kick off the exciting weekend. A night at E11EVEN is always a good time and Carnage spinning will take the experience to the next level.

REVEALED party at The Dirty Rabbit

REVEALED party in Miami on March 24th (Thursday), at the north of downtown Miami’s historic neighbourhood: Wynwood, the cultural hub of art, fashion and music! After bringing our stages to Festivals such as Tomorrowland, Ultra, Mysteryland, Creamfields, Sunburn and Ushaia, Revealed prepares for Miami the most amazing lineup including announced and unannounced headliners, at one of the best clubs in Wynwood with a spacious outdoor area, The Dirty Rabbit.

Only 700 tickets will be available for this exclusive event so don’t miss the pre-sale, starting on February 17th, at 4pm CEST time via https://www.revealedmmw.com

We will be updating this list leading up to Miami Music Week, so make sure to bookmark the page, check back often and let us know if you would like to be included!