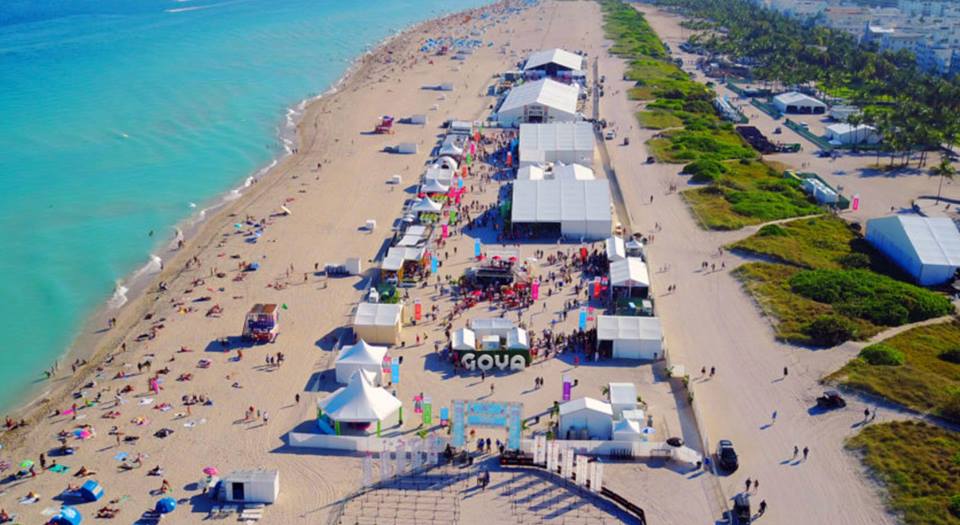 Widely recognized as one of America’s favorite gourmet gatherings on the beach, the 19th annual Food Network & Cooking Channel South Beach Wine & Food Festival presented by Capital One (SOBEWFF®) returns to EAT. DRINK. EDUCATE. February 19 – 23, 2020. Its recently unveiled line-up includes more than 100 events spanning Miami-Dade, Broward and Palm Beach counties, with 100% of the net proceeds benefiting the Chaplin School of Hospitality & Tourism Management at Florida International University. Since its inception, the Festival has raised more than $30 million to support the education of the future leaders of the hospitality industry.

“We are pleased to unveil the robust line-up of events that make up our 2020 Festival program,” noted Festival founder and director Lee Brian Schrager, who also serves as senior vice president of communications and corporate social responsibility for Southern Glazer’s Wine & Spirits. “Once again, fans have a diverse collection of more than 100 events showcasing esteemed culinary talent from around the world and premier wine and spirits selections to choose from.”

The Festival’s signature fan-favorite tastings nestled on the sands of Miami Beach return to showcase the cuisine from some of America’s most talented chefs and lifestyle personalities. This includes iconic events like:

On Saturday, February 22, the Festival’s host hotel Loews Miami Beach will once again serve as the setting for the annual Tribute Dinner presented by Capital One® part of The NYT Cooking Dinner Series. This year, Master of Ceremonies Andrew Zimmern will oversee an evening paying homage to the outstanding accomplishments of the culinary community’s beloved Chef Marcus Samuelsson and beverage industry’s revered leader Jim Clerkin. Samuelsson is a highly-acclaimed chef and international restaurateur with over 30 restaurant locations spanning the United States, England, Sweden, Norway, and Bermuda, bestselling cookbook author, and popular culinary television personality.  Clerkin currently serves as president and CEO of Moët Hennessy North America and will transition to a new role as president of Moët Hennessy strategic development, focused on the company’s global distribution network and playing a key role in executing the company’s mergers and acquisitions strategy, effective January 1, 2020.

In addition to several popular events returning for the 19th annual edition of SOBEWFF®, a variety of new events will make their debut as part of the 2020 line-up. This includes:

The complete line-up of events for the 19th annual Festival is available online at sobewff.org. Ticket sales open to the general public on October 28, 2019. Stay up to date all year long by following along with the #SOBEWFF hashtag on Instagram, Twitter and Facebook.