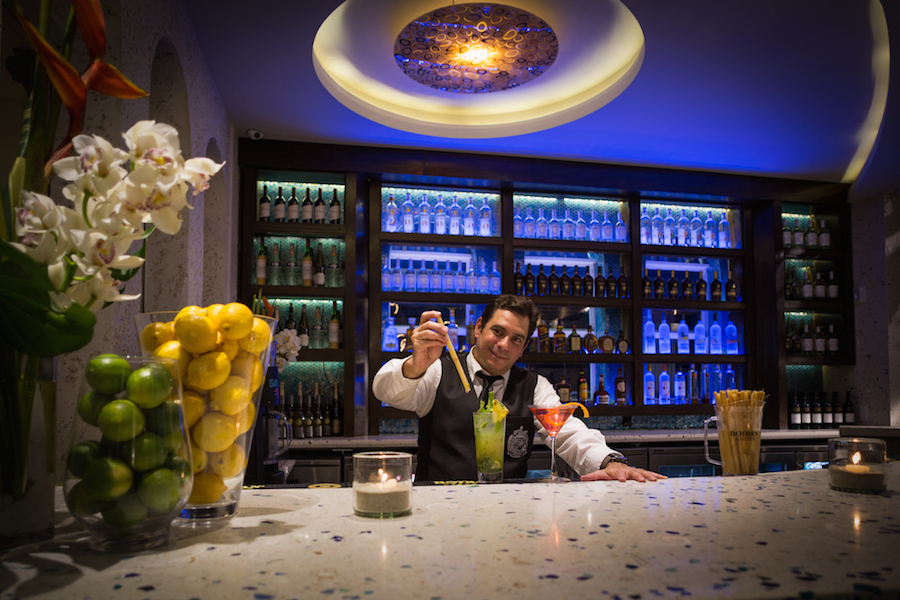 Since opening in 1992, Gloria and Emilio Estefan’s award- winning restaurant, Larios on the Beach has been known as Miami Beach’s go-to destination for authentic, award-winning Cuban cuisine, world famous mojitos and a stunning view of South Beach’s Ocean Drive. Having undergone a complete renovation to its interiors, Larios on the Beach re-opened to the public on Friday, May 16.

A new feature to the Larios on the Beach’s menu is the Triple C: “Calorie Conscious Cuban” – a selection of delicious, guilt-free Cuban staples created by Gloria herself.   Items include marinated & grilled fresh grouper, baked plantain chips, vegetarian black beans and baked sweet plantains, among other selections.

“Experience our tried and true Cuban Cuisine, tastes like it’s right out of abuelita’s kitchen and indulge your taste buds with our new surprising culinary sensations,” said Gloria Estefan. 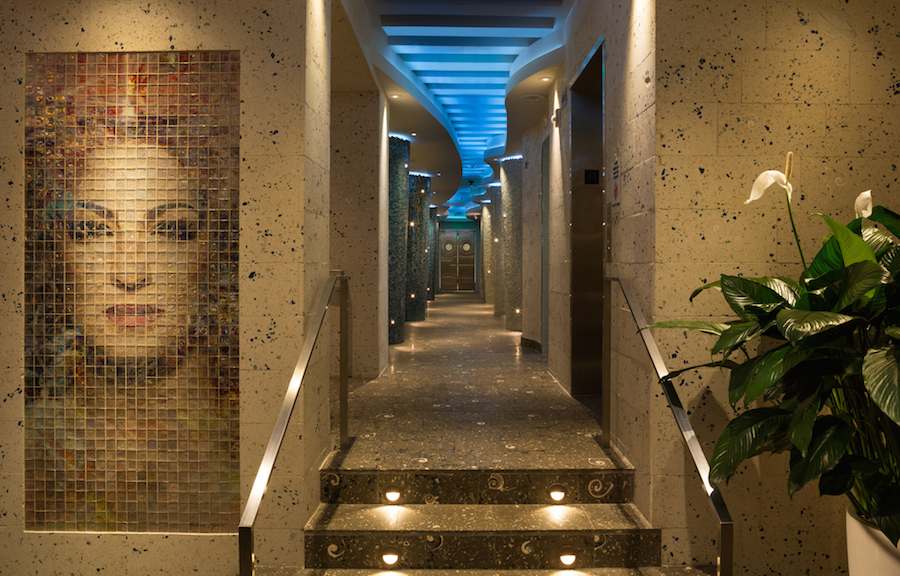 The concept behind the new design was to bring Miami Beach inside the restaurant, for guests to feel enveloped by the ocean. Emilio Estefan conceived the interior design along with Architect Aldo Garcia (Revuelta Architecture International) and Set Designer Charlie Daboub (CD Projects). An array of sea shells and marine fossils were carefully placed on the walls by Emilio himself. In keeping with the overall design, the floors are also made of sea shells and recycled glass.

“We are proud to have a part in the success of Miami Beach’s Ocean Drive, one of the most famous streets in the world. For over 22 years, Larios on the Beach has been a destintation spot for the local commuity and tourists from all over the world,” said Emilio Estefan.

To decorate the interior at Larios on the Beach, the Estefans proudly commissioned a three-dimensional site specific sculpture by Miami-based, multi-disciplinary artist Carlos Betancourt in collaboration with Alberto Latorre.  With this artwork the artist celebrates and continues to reinterpret the past while exploring issues of memory. The sculpture created exclusively for the Estefans, consists of over 100 three-dimensional objects that appear to be suspended in time. The memory charged treasures range from a microphone used by Ricky Martin and Gloria Estefan (Mi Terra), Shakira’s harmonica, drumsticks from Shelia E, Tito Puente and Emily Estefan to elements from Betancourt’s iconic artworks, most notably from his Re-Collection series. This one-of-a-kind art installation is both radiant and complex, bursting more than a dozen red tones, loaded with symbolism.
Also new at Larios on the Beach is the open dining design, that encompasses an outdoor café,  espresso bar and a lounge area. Audio One and Monster Cable teamed up to create a state-of-the-art technology system at Larios on the Beach.  The restaurant was wired using the finest cable available in the world, by Monster.

At the bar, guests can nosh on scrumptious bar bites such as fire gilled skewers, baked Cuban empanadas and enjoy a unique selection of refreshing beverages including hand-crafted cocktails and premium wines.  The remodeled 2nd floor serves as a private event space for parties and offers breathtaking views of South Beach and the bustling Ocean Drive.
Larios on the Beach is located at 820 Ocean Drive, Miami Beach, FL and is open daily from 11 a.m., serving both lunch and dinner. Valet parking available. For reservations or more information please call (305) 532-9577 or go to www.lariosonthebeach.com