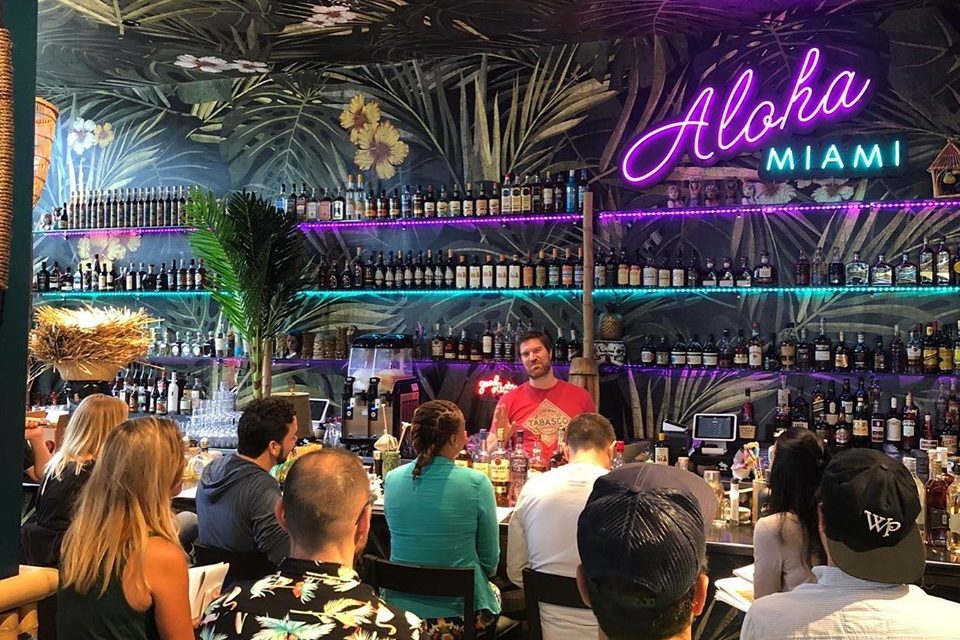 Graspa Group is pleased to announce the much-anticipated opening of its newest concept, Esotico Miami. The tropical, tiki-themed restaurant and bar will open to the public serving dinner on Thursday, August 15, 2019. Conceptualized by Graspa Group partner Daniele Dalla Pola (DDP), Esotico Miami is located in downtown Miami at 1600 NE 1st Avenue on the ground floor of the sleek Canvas Condominium Complex in the heart of the Arts and Entertainment District. The restaurant will be a draw for foodies seeking a taste of exotic bites as well as some of the most creative and potent drinks in town.

“Esotico Miami will be an enticing must-see destination, for locals and visitors alike,” says Graspa Group Owner Graziano Sbroggio. “Our location is in close proximity to the Design District, Wynwood, downtown, and Brickell, as well as renowned events like Miami Art Week.”

DDP – considered one of the world’s best tropical mixologists – has created an immersive and innovativeexperience for guests. The eclectic drinks menu reflects DDP’s international influences with vibrant, delicious and dynamic concoctions. A cocktail globetrotter, DDP has travelled the world learning the craft of libations inspired by remote locales. Esotico Miami’s “tropical chow” menu perfectly complements the drinks with an array of culinary options.

Says DDP of his inspiration for the drink, “Some say the marvelous, magical Mai Tai was invented in the 1930s by Don the Beachcomber. Others say it was invented in the 1940s by Trader Vic. Both are heroes in my book. My version of the Mai Tai is a tribute and a ‘thank you’ to these two tiki cocktail trailblazers.”

Limited Edition Tiki Mugs ($60-$95) are the perfect takeaway souvenir to commemorate the tropical trip to Esotico Miami. Designed by DDP himself, the artfully kitschy mugs pay tribute to Hawaiian inspirations like the King Ta Moko – named after Elvis – with gin, passion fruit, fresh citrus, and ginger orgeat syrup.Tangaroa’s Butt – named after the mythological “God of the Sea” – is a powerful concoction with Gracias a Dios Mezcal, Wray & Nephew White Overproof and Mount Gay Black Barrel Rums.

The stylish and contemporary 3,400 square-foot space will seat 157; 92 indoors and 65 on the outdoor patio. The wallpaper depicting a tropical landscape was custom-made for the space, offset by a black and white checkerboard floor and exposed ceiling. Lush greenery completes the décor along with original accents like Polynesian sculptures, a hand-crafted Hawaiian surfboard, and muted lighting for a subtle ambiance. The backlit bar features a bamboo footrest and a retractable partition that can be lowered from the ceiling to create an exclusive VIP area for private parties.