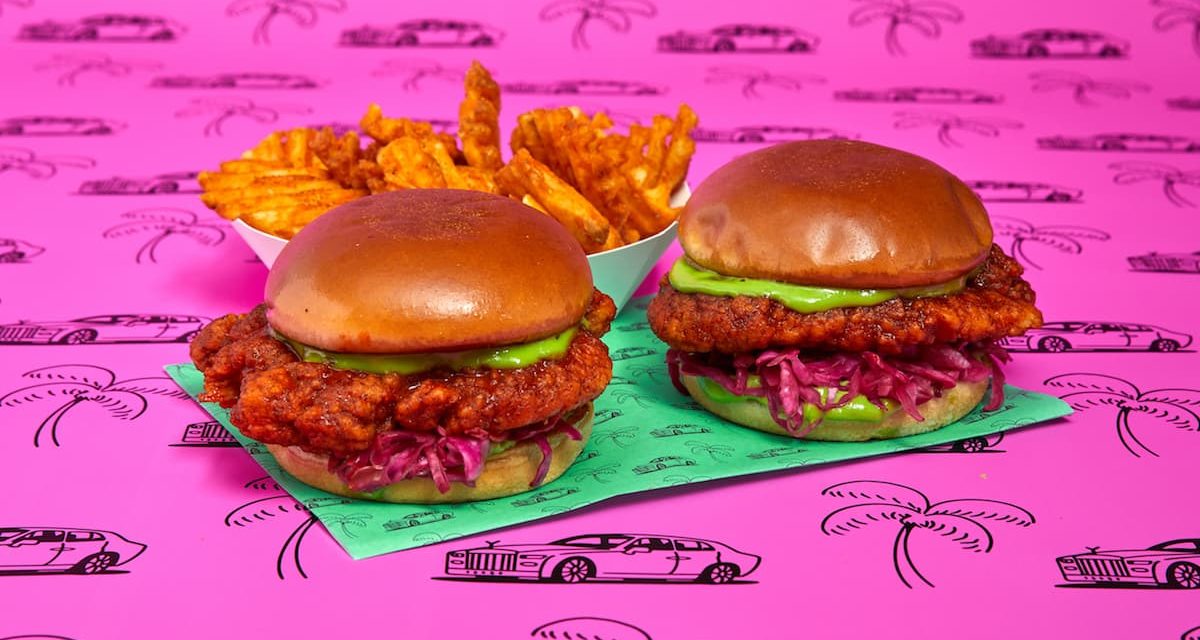 Today, DJ Khaled’s Another Wing reveals “The Best Chicken Sandwich Ever” taking the Chicken Sandwich Wars global by launching on 3 continents simultaneously, powered by REEF Kitchens. After months cooking and collaborating with REEF’s culinary team, DJ Khaled is finally ready to unveil “The Best Chicken Sandwich Ever” featuring an ultra-tender Nashville Hot Chicken filet topped with ‘Miami Like It Hot’ Sauce, Get Money Mayo, and Electric Pink Slaw on a Buttered Brioche Bun.  This gamechanger of a chicken sandwich will be available on all major delivery platforms starting Thursday February 17th.

“The Best Chicken Sandwich Ever is the GOAT, the all star of all stars,” said DJ Khaled. “I know you have heard of Nashville Hot, but my sandwich brings the Miami heat. It’s electric, neon, spicy, buttery — all the best things, all at once, and starting today it’s available everywhere.”

The Best Chicken Sandwich Ever is launching just in time to celebrate NBA All Star Weekend where DJ Khaled is set to give another legendary performance, and is being served up alongside Another Wing’s signature wings with flavors like You Loyal! Lemon Pepper, Honey! Honey! Hot Honey Siracha and They Don’t Want You To Win TRUFFALO. Starting tomorrow, fans can get 20% off sandwiches and signature combo platters through February on most major delivery platforms.

Described as “the world’s most ambitious restaurant launch” Another Wing debuted in November of 2021 across 165 locations and three continents at the same time on the one-of-a-kind REEF Kitchens platform. The concept has since expanded to Asia and been featured on The Tonight Show, Saturday Night Live, CNBC, CNN, and many others.