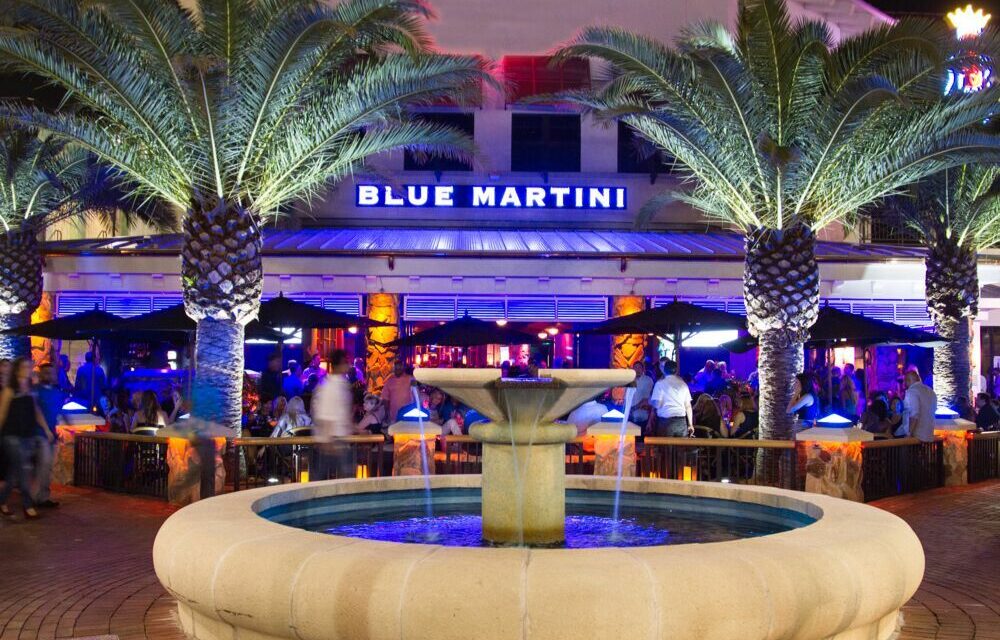 Blue Martini, well known for its entertainment at their upscale martini bars, will be re-opening in Miami after a multi-million dollar facelift. The new features include a state of the art video wall, new sound system, laser lighting, indoor/outdoor patio bar, new furniture and an electronic window system. In addition, Blue Martini has vastly opened up the space to allow for all to enjoy the excitement.

One of the most respected bars in the industry, Blue Martini is celebrating 22-years in the business including locations in Las Vegas, Scottsdale, AZ, Lake Charles, LA; Atlanta, GA; as well as Florida locations in Naples, Orlando, Ft Lauderdale and Kendall.

The Miami location, at Mary Brickell Village, features over 300 seats and is open nightly from 4PM until 3AM on weekdays and until 5AM on Friday and Saturday nights. Bands, DJs and dancers are all part of the weekly line-up.

“We are beyond delighted to be re-opening our Brickell location,” says Mark Vasu, CEO of Blue Martini. “Come and join us for cocktails and the best live entertainment in Miami.”