Best Pizza in the United States now available in Miami 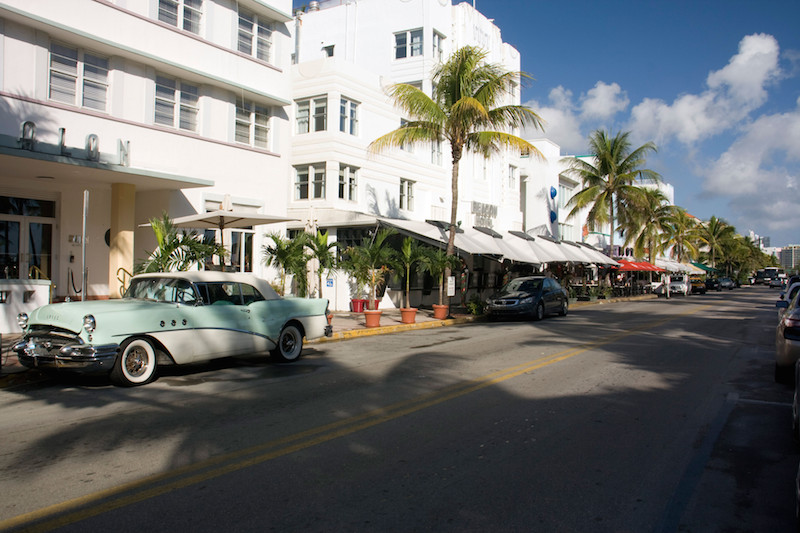 Giovanni Di Palma, famed pizza maker and owner of  the celebrity favorite restaurant group in Atlanta that includes Antico Pizza Napoletana, Gio’s Chicken, Bar Amalfi and Gio’s Caffee is bringing the centerpiece of his empire to Miami Beach’s Art Deco District.  The opening of Antico Pizza, at 1058 Collins Avenue, in the space that used to house historic Cuban restaurant David’s Café, heralds the arrival of classic Neapolitan pizza in Miami; considered by many as the best in the USA  (ZAGAT gave the pizza a 28, highest rating ever for a pizza restaurant).

DiPalma who grew up in New York, arguably the pizza capital of the United States, has roots that go back to Napoli – via his grandfather’s hometown of Cimitile, where he visited summers growing up and then returned frequently as an adult, ultimately learning the secrets of pizza from legendary pizzaiolo Ernesto Cacialli.  One of only a few Americans to be honored in Italy for his pizza, DiPalma has been awarded Ambasicatore Il Mondo by Commune di Napoli and received an international “Top in Class” award at the Festa Della Pizza in Salerno, where he imports his flour from today.

Taking over a bakery in a derelict neighborhood in Atlanta in 2009, DiPalma opened a takeout/counter pizzeria that instantly struck a chord with residents.  Expansion became mandatory, with lines out the door, and in time he took over adjacent spaces, creating a neighborhood of restaurants that Atlantans dubbed their own “Little Italy.”  Celebrities took notice, and soon a mix of rappers and Hollywood types began coming by to make pizza with Gio and enjoy his award-winning pies.  Jeezy, Usher, Conan O’Brien, Will Ferrell, Snoop Dogg, Ed Sheeran, Paul Rudd,  Ludacris, Gabrielle Union, Selena Gomez, Jamie Foxx, DJ Khaled, Rita  Ora and Tom Hanks have all been to Antico Pizza in Atlanta; many on a regular basis. Celebrity chefs are not immune to Gio’s charms either – everyone from Emeril Lagasse to Morimoto to Richard Blais; along with a who’s who of Atlanta politicos and business icons are also fans. Looking to expand outside Atlanta, Di Palma spent a long time searching for the perfect venue to house his brand in his first foray to another city.  Inspired by Miami’s reputation as a growing culinary town, with a strong celebrity culture and its reputation as a world class city, he decided to open in the heart of South Beach, bringing the ten classic pies, as well as some of his most popular wood-fired Salerno panuozzos, and take-out and delivery options for his equally beloved Gio’s Chicken to Miami.

According to DiPalma, “Where we are is the heart and soul of one of the country’s most exciting neighborhoods; walking distance for hundreds of residents, not to mention the thousands of tourists that come to South Beach every day.  We started Antico with a simple premise – great pizza, served quickly, best ingredients and no fuss, in a buzzy, fun environment. We keep it very unpretentious and down to earth here; order and pay at the counter and by the time you’re settled into your seat with a nice glass of wine, your food is in front of you.”

Opened quietly in December 2016, the large high-ceilinged space features a soundtrack heavy on Italian opera and Frank Sinatra, Italian posters and décor elements repurposed from Italian restaurants from Naples to New York.  It’s a huge space with plenty of room for private parties upstairs for DiPalma’s famous friends and locals looking to celebrate a birthday or night out with a group.  The menu features ten pizzas all made with imported Italian ingredients. Prices range from $19-22.  Pizzas are made in special ovens that compress the time from ordering to service down to just a few minutes. At the top of the list are the award-winning San Gennaro (salsiccia, dolce picante pepper, bufala, cipolline) and Diavola (spicy soppresata, pepperonata, bufala) as well as some white pizzas like the Pomodorini with fresh cherry Vesuvian tomatoes, bufala, garlic and basil.  Gio’s Famous Italian salad, topped with his proprietary Sorrento lemon vinaigrette, are also on the short but sweet menu.

Additionally five panuozzos, wood-fired Italian sandwiches, ($13-14) served on freshly baked ciabatta are on offer – including Chicken Parmigiano, Polpette (Italian meatballs), Caprese and Siciliano (tuna) but the standout signature sandwich is the Porchetta.   Italian roast pork, rapini and melted provolone, pressed on ciabatta is the sandwich that dreams are made of.  Pizzettas are also available from the counter or on the street from the restaurant’s busy pizza window; where guests can line up for one of four different single size versions available for grab and go daily. A great selection of Italian wines, beers and soft drinks are available.

Antico Pizza, open seven days a week,  also serves breakfast pastries daily from 8 AM; serving pizza from 11:30 AM until late night Monday through Friday; and from noon on Saturdays and Sundays. No substitutions are allowed.  Pies specially developed for delivery are in the works and coming soon.

Gio’s Chicken will also be available – but only for takeout, delivery and private parties onsite. Again, wildly popular in Atlanta, Gio’s Chicken menu features both on and off the bone selections – with an emphasis on simplicity.  With single portion and family-style sizing ($21/55), the chicken has become a favorite of the music entertainment industry and the NBA.  Sorrento Lemon is most popular, simply prepared on the bone; moist and tender with lemons, garlic, wild oregano, and olio di olive.  Other popular preparations include the Amalfi – Castelvetrano olives, cipolline, olio di oliva, and garlic; and the Diavola – with heat coming from the Calabrian pepperoncini, garlic, crushed pepper and olio. All are accompanied by crispy focaccia and perfectly cooked potato wedges, as well as Gio’s Famous Dinner Salad.

Caffe Antico a private nook at the rear of the restaurant serving espressos, cappuccinos, filtered coffee and Italian desserts including cannolis, gelato and tiramisu and cordials, will open soon for guests who want to indulge their sweet tooth after dinner. Bar Amalfi, an indoor/outdoor lounge on the building’s second level is open for drinks and private parties. For more information, please go to www.littleitalia.com.  Telephone 786-216-7908.