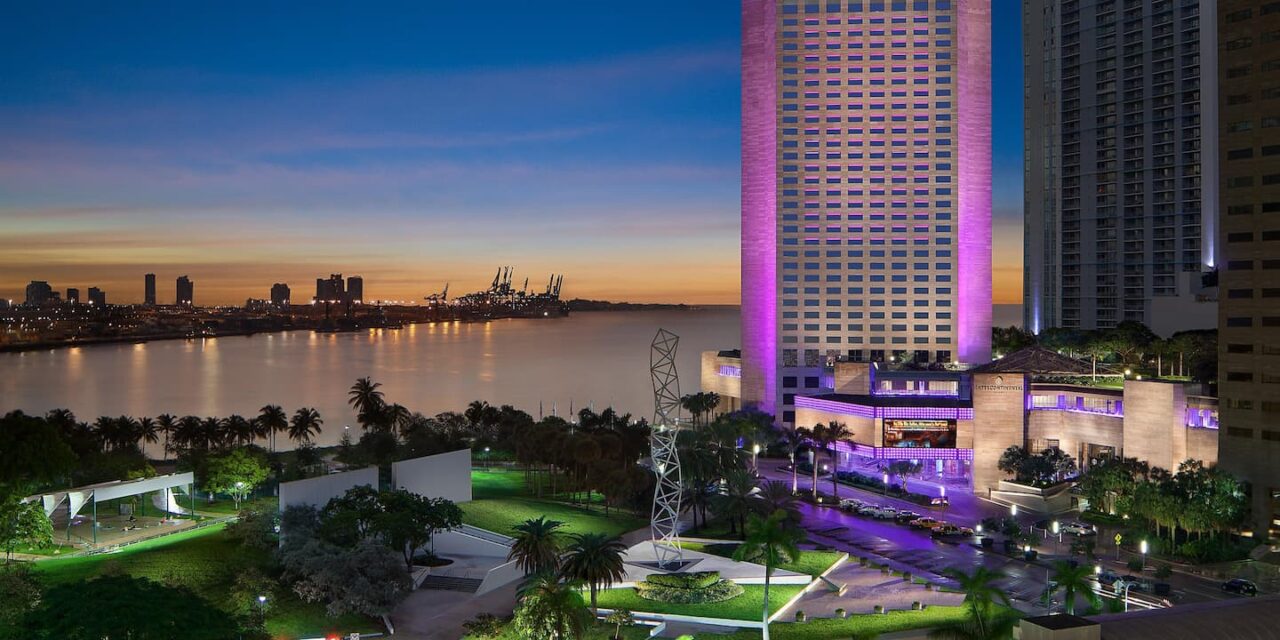 A global humanitarian and superstar whose achievements span an illustrious career of over 50 years,  Diana Ross has profoundly impacted the worlds of music, film, television, and theater. Honored with  inductions into the Rock & Roll Hall of Fame and Songwriters Hall of Fame, as well as the American  Music Award for Lifetime Achievement and the Grammy Lifetime Achievement Award, Ms. Ross was  presented with the Medal of Freedom Award by former President Obama and has two stars on the  Hollywood Walk of Fame. She will perform a selection of her chart-topping hits at the  InterContinental® Miami Make-A-Wish® Ball.

The InterContinental® Miami Make-A-Wish® Ball is underwritten in part by the generous support of the  Ball’s 27-year partner, founder, and in-kind donor, InterContinental® Miami, which has enabled  Make-A-Wish® Southern Florida to raise more than $32 million, resulting in more than 6,400 wishes  being granted to children with life-threatening medical conditions in the chapter’s region, which  includes South Florida, the Treasure Coast, southwest Florida, the Sarasota area, and Tampa Bay.

The theme of this year’s InterContinental® Miami Make-A-Wish® Ball is “SUPERNATURE” — an  otherworldly realm of fantasy flora and fauna conceptualized by Creative Director Maxwell Blandford.  After guests walk the red carpet, they will enjoy an elaborate cocktail reception on the  InterContinental® Miami’s mezzanine featuring premium libations and ornate culinary displays,  including the popular seafood towers, raw bars, and whimsical ice sculptures created by  InterContinental® Miami Executive Chef Jhonnatan Contreras and his team.

During the extended cocktail hour, guests may bid at the Ball’s renowned silent auction, which includes  original art, luxury merchandise, memorabilia and dining and travel experiences donated by leading  hospitality, entertainment, fashion, and luxury goods brands. King Jewelers will present a large array of  glistening jewels and coveted watches for Ball attendees to bid on. DJ MCS will preside during the  reception, creating a vibey, supernatural ambience.

A creative performance will usher guests into the Grand Ballroom for dinner, dancing, and wish  granting. Make-A-Wish® Southern Florida Ambassador Gabrielle Anwar will return for the 11th year as  Celebrity Emcee, joined by her husband and the Ball’s Gala Chair, Shareef M. Malnik. The glamorous  proceedings will include a multi-course gourmet meal, performance by singer-songwriter Alisan Porter,  and famed Live Auction featuring big-ticket items including custom travel experiences and a luxury car  courtesy of THE COLLECTION.

The highlight of the evening will be a private concert by the legendary Diana Ross, who will perform her  chart-topping hits for Ball guests inside the Grand Ballroom. Ms. Ross has produced 14 top-ten albums  as well as 18 number-one songs, with her music sales exceeding 100 million units globally. Ms. Ross’  exclusive performance at the 27th Annual InterContinental® Miami Make-A-Wish® Ball is presented by  the Finker-Frenkel Family Foundation.

The Ball’s official afterparty – Snow Beast: The InterContinental® Miami Make-A-Wish® Nightclub presented by E11EVEN Vodka — will be held immediately after the Ball in the Hotel’s mezzanine, which  will be transformed into the Snow Beast Cabaret. Headlining the late-night party will be five-time  Grammy Award-winning artist CeeLo Green, who will perform for Nightclub guests. The sizzling cabaret  show will showcase the burlesque talents of Les Folies de la Neige by E11EVEN Theatrics, who will be  costumed by celebrity designer Skye Yayoi Drynan of House of Skye. DJ Affect will rule the groove, with  additional musical performances by Undercover, Gyasi, and Yoli Mayor. Performance artists Forealism,  Lux-O-Matic, and Pamela Paz will also make appearances. Grooming for the Snow Beast Cabaret  performers is generously provided by longtime Nightclub in-kind sponsors: Celebrity hairstylist Danny  Jelaca and Danny Jelaca Hair, as well as Beauty for Real, founded by celebrity makeup artist Leslie  Munsell.

Soulouque, Rick Sykes, Erika Waserstein, and Winston Wood. Creative production for the Nightclub and  the Ball is provided by DECO Productions.

Tickets for Snow Beast: The InterContinental® Miami Make-A-Wish® Nightclub presented by  E11EVEN Vodka are $175 each and include an open bar with premium spirits. This official afterparty  will be held from 11 p.m. to 3 a.m. at InterContinental Miami. Fashionable evening attire is required.  Tickets may be purchased at www.eventbrite.com or by clicking here.

Make-A-Wish® Southern Florida has a sole mission: Together, they create life-changing wishes for  children with critical illnesses. Started in 1983 by the Plantation Junior Woman’s Club, the Southern  Florida chapter has granted more than 13,000 wishes. It is their vision to grant the wish of every  medically eligible child in the South Florida territory.

Make-A-Wish® Southern Florida anticipates granting more than 600 wishes to local children with critical  illnesses in 2022. Additionally, they expect to grant another 200+ wishes in collaboration with other  chapters when children come to their territory to experience their wishes. Make-A-Wish® Southern  Florida serves children and families in 22 Florida counties in Southeast and Southwest Florida, the  Tampa Bay and Suncoast regions and the U.S. Virgin Islands.